What Now for Misfits Kyrie Irving and Ben Simmons at The Brooklyn Nets? 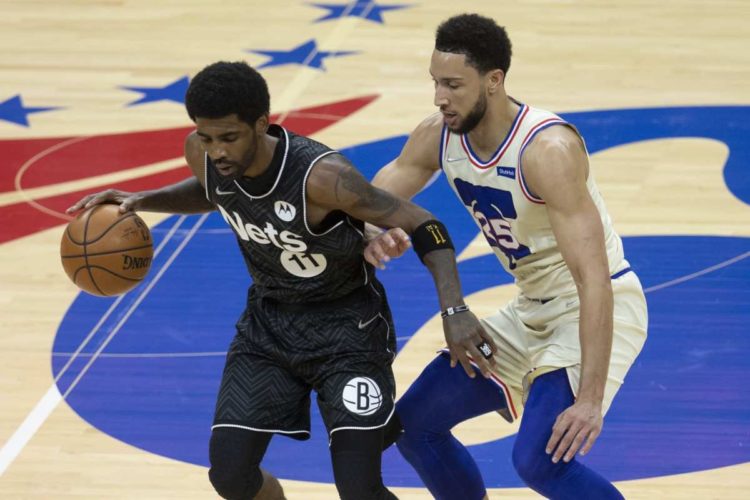 The Brooklyn Nets started the season with a bang but have struggled of late, due chiefly to the absence of key performer Kevin Durant through injury, and efforts to get the team back on track may rest with two misfits in the shape of Kyrie Irving, and his recently acquired fellow Australian, Ben Simmons. Irving has been out of action for most of the season due to his vaccination status, which makes him ineligible for games on Brooklyn’s home court as well as other locations, but he was welcomed back in recent weeks, and Steve Nash will hope the undoubtedly talented 29-year-old can help the Nets get back on track.

The Nets went off the blocks with an amazing start to the season and were 22-9 at Christmas. However, the one-time NBA title favorites are now down to the third favorite at (+650) on Sidelines.io, and have lost ten out of 12 games to drop down to 31-29 ahead of their recent trip to face reigning champions the Milwaukee Bucks.

Irving very much turned up for the game at the Fiserv Forum, scoring a season-high 38 points to help the Nets to a much-needed 126-123 win that takes them to eighth in the Eastern Conference.

It’s a game that Irving hopes can kickstart his season, especially if reports about New York’s likely relaxation of rules are to be believed.

“I’m glad that things are kind of settling down, and there’s light at the end of the tunnel here,” Irving stated.

“Hopefully, I can get back on that home floor playing in the Barclays, and now we can finally have that conversation that you’ve been dying to have just about turning the page and moving forward beyond this.”

“But like I said, I’m not the only one. I feel for everybody that’s either in my boat or a similar boat or have dealt with some type of trauma from this. And just wishing everybody well-wishes, always.”

And what of Simmons? The 25-year-old arrived at the Barclays Center as part of the trade that saw James Harden move in the opposite direction, and the deal is very much one that the former 76ers man will hope revive a career that was seriously stagnating in Philadelphia.

Three-time NBA All-Star pick Simmons hasn’t played since the playoffs last season and racked up massive fines while sitting out the action in Philly but is apparently keen to get back out on court but is suffering from a sore back as he looks to get back in shape.

Nash is hopeful that he’ll have both Simmons and Durant for the run-in but is being unsurprisingly cautious with both players. The Nets will need to be back at full strength if they are to push on and qualify for the postseason without the need to take part in the ‘play-in’ tournament in Mid-April.

Durant hasn’t figured in the action since January 15th, and the Nets have suffered a great deal since his sprained MCL and will be hopeful of an upcoming return to action for the two-time NBA champion.