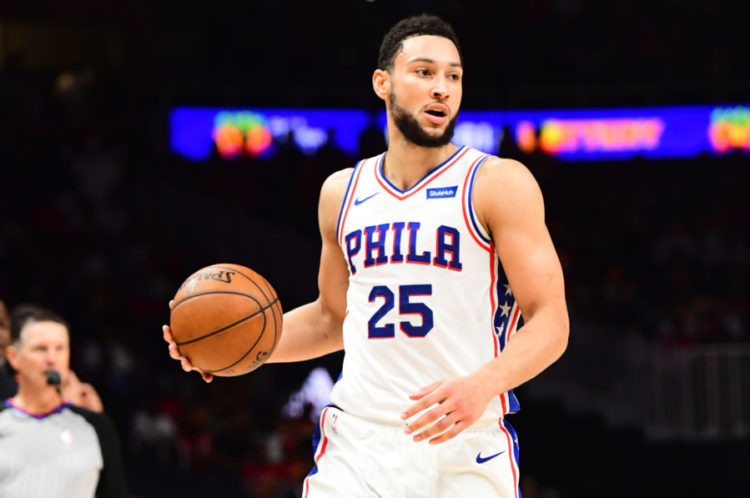 Just around the first half of the year 2022, things were rather quiet for Ben Simmons. Moreover, the Covid19 didn’t help either as it dominated the news. In fact, Joel Embiid also put the 76ers on his back and that was also quite a story. However, it’s worth noting that the second half of February promises to be a wonderful time for Ben.

In other words, the focus has shifted towards him despite the fact that he hasn’t played this season. There are a few key points that we need to remember about Ben Simmons. First of all, the rumours say that he doesn’t want to play for the Sixers and the team only wants to trade if they can get an amazing player in return. On the other hand, it’s also true that the opposing teams aren’t that willing to meet the valuation of the 76ers as well.

In the first half of January 2022, Simmons’ agent, Rich Paul met the president of the team 76ers Daryl Morey and the GM Elton brand to discuss the stalemate. However, that didn’t make huge progress at all as per the reports.

Well, the recent news suggests something else altogether. In other words, there are a few updates on Simmons’ readiness to play as well as the trading news. So, if you want to know more about Ben’s story as well as Ben Simmons’ contract, then go through this article.

Even though Simmons doesn’t have any intention to play for the Sixers again, he doesn’t wish to retire either. However, it’s also true that even if he gets traded, he’d need a few weeks of ‘conditioning’ and on-court work to play once again.

Moreover, there are also a lot of talks around Ben Simmons. For instance, there are several questions like if he would become an effective player or a certain team or not; if he would force his way out once again, etc.

Deadline of The Trade: What’s The Update Now?

So, there’s a huge update regarding Ben Simmons’ fate at the NBA. So, The Nets and the Sixers have agreed to a great deal centering around Simmons and James Harden ahead of the trade deadline.

Of course, there was a lot of news regarding this fact earlier as well. In fact, it’s worth noting that the 76ers opened up the trade conversations around Simmons earlier last year, as we mentioned.

However, The Nets didn’t say that much about trading Harden till a couple of weeks ago. But there are reports that suggest that due to some reasons, they had become frustrated about his situation in Brooklyn. One thing is true though, that Harden was one of the top wish lists of Philadelphia.

The Trade Details Between Nets & 76ers

So, the sources tell us about the fascinating trade that will occur shortly. So, what’s to expect, and how do things look around? Well, the Nets will receive Ben, Seth Curry, Andre Drummond, and two first-round picks. On the other hand, the 76ers will receive James Harden and Paul Millsap. So, we mentioned earlier that the No.1 pick in the 2016 NBA draft, Ben Simmons didn’t appear in a single game this season. However, it’s also true that he’s a three-time All-star.

In fact, he’s also the two-time member of the All defensive team and one-time member of the All-NBA team with averages like 15.9 points, 8.1 rebounds, 7.7 assists, and also 1.7 Steals per game. All in all, we can say that he’s an amazing prospect for the future and he’ll certainly look forward to playing for a new team.

At the start of this season, a lot of people felt that James is one of the 75 greatest players in NBA history. In fact, his records also suggest the same. He has nine all-star selections, 7 NBA selections, one-Sixth Man of the Year, and also MVP award. So, he’s also a great addition to the team.