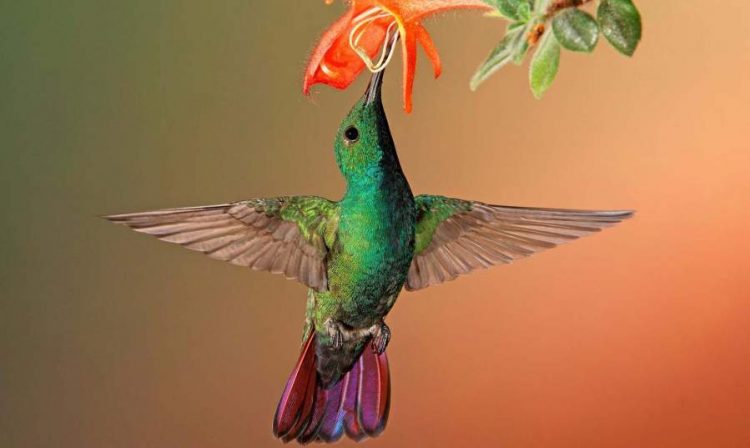 Hummingbirds are primarily found in America and distinguished by their dazzling colors, size, and swift flight. Some are common in North America that includes the Ruby-throated and Rufous hummingbirds. But there are hundreds of other species found from Alaska to Tierra del Fuego. They can live in various climates, including the desert and even in the chilly grassy and bushy areas. Unfortunately,

many species are threatened by habitat loss, including the Glittering Starfrontlet, Chilean woodstar, Juan Fernandez, and Firecrown. In this article, we will see the 10 most interesting facts about hummingbirds. You can learn more about these tiny wonders on Birdfeederist.com.

2. Hummingbirds are incredibly tuned in

Hummingbirds can remember the nectar feeder locations years later due to their spatial memory. They also have a track of flower blooming areas and remember the flowers they have visited for a longer time. A large part of their brain is occupied by the hippocampus, which is associated with learning and spatial memory.

3. Visit hundreds of flowers each year

Hummingbirds need a continuous supply of nectar throughout the day. To keep up their metabolism, they visit hundreds of flowers each year. For example, a Ruby-throated hummingbird visit 1,000 flowers per day and consume the nectar equal to half of its weight. They are also responsible for pollinating thousands of plants.

4. Smallest Birds in the world

It’s the smallest bird in the world and lighter than a dime. The bee hummingbird is the smallest species with 2 inches in length and 1.6 grams weight. However, not all the species are too small, as a Giant Hummingbird can be 8 inches long.

Researchers are still discovering new species of hummingbirds. Recently, the Blue-throated Hillstar was discovered in 2017. Researchers believe that there are 1000+ individuals are living in a small region of southwestern Ecuador.

Hummingbirds’ names come from the sound produced by their wings. They can beat their wings 60 to 80 times per second. Hummingbirds can also fly backward with their 180-degree rotating shoulder joints.

Yes, you read right. Hummingbirds can’t walk despite their feet. Their small feet only help them to perch and move on sideways.

Hummingbirds are the smallest long-distance traveling birds in the world, which travel up to 5,000 miles each year. But some species are also traveling less distance, like Rufous hummingbird travel 3,900 miles. Ruby-throated hummingbirds are known for taking a nonstop route of 500-miles across the Gulf of Mexico in less than a day.

Today, hummingbirds are mostly found in America, but it’s always not the case. According to researchers, hummingbirds existed in Europe 30 million years ago. The oldest hummingbird fossil was discovered in Germany in 2004. But researchers don’t know why the hummingbirds disappear from Europe.