Everything We Know About 1923, The Next Yellowstone Prequel Series 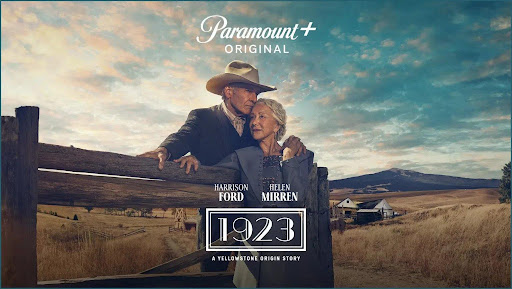 Great news for all the Yellowstone fans out there, aka all of us, Taylor Sheridan has decided to expand the Sheridan-verse by not only adding new episodes to the insanely popular 1883 but also by releasing a new era from the Dutton family history in the form of a new series that will be a prequel to the wildly popular ‘Yellowstone’. It was a pleasant surprise for fans earlier this year when the popular streaming platform Paramount+ announced that they would release a sequel to 1883, called the ‘1932’, later renamed ‘1923’. Shooting for this anticipated series began back in August 2022.

The show recently held a premiere in Los Angeles before its release expected later this month. It was a star-studded event with the cast leaving us awe-struck as they walked the red carpet.

Understanding your excitement and you can also Watch 1923 Series online on Paramount Plus, we have compiled everything you need to know about ‘1923’ in this article, so skim through.

The official trailer debuted almost three weeks before the official release of the first episode, giving us an insight into the new Dutton era that will be showcased in this series. Here is the full trailer for you to watch:

Previously, Paramount+ teased the audience by sharing what can be expected in the new ‘1923’ series when the season 5 of ‘Yellowstone premiered.’ Check out that teaser here:

The Stars This Season

As always, the cast is bejeweled with big names leading the way, with Harrison Ford and Helen Mirren playing the roles of James Dutton and his wife, Cara. The duo is famous for the 1986 starrer, The Mosquito Coast. Mirren told Variety. “I learned much from him because I hadn’t done much. I had done a lot of theatre by then but I hadn’t done a lot of movies. So I watched Harrison, and he taught me a great deal about film acting”

Harrison Ford echoed her feelings and was quoted voicing his admiration for Helen Mirren saying “I admired her work and her person then, and I hold the same degree of admiration for her. She’s just a lovely person, so it’s been both a professional pleasure and a personal pleasure to work with her again.”

Of course, there will be more new Dutton family members in addition to Mirren and Ford. James Badge Dale, who plays the character of John Dutton Sr., Marley Shelton, who will play Emma Dutton, Darren Mann and Brandon Sklenar, who will play Spencer Dutton, John’s brother are also included in the cast list.

It’s unclear at this time whether John Dutton Jr., who later becomes the father of Yellowstone’s patriarch, John, would participate in the show because there has yet to be any potential appearances by him.

Paramount officially announced the first episode of the season to premiere on 18th December 2022.

The series was titled 1932 initially, but Paramount+ later revealed that the streaming platform had changed the show’s original title to 1923. The show’s decision to move the timeline backward appears was possibly done to examine the effects of World War I and the early years of what was known as the Great Depression.

A synopsis was released in May 2022 by Paramount+ and it stated that 1923 will introduce a plot line that “Will introduce a new generation of the Dutton family and explore the early twentieth century when pandemics, historic drought, the end of Prohibition, and the Great Depression all plague the mountain west, and the Duttons who call it home.”

Aside from these details, news regarding the storyline has been scarce, and its all-mere speculation on the internet. However, we know that with Taylor Sheridan as its creator and MTV studios producing the show, it’s bound to be exciting and full of mystery, and it will invoke our emotions in more ways than one, so keep your tissues ready, you guys.

Will It Only Have One Season?

Fortunately, it won’t. For now, Paramount is reportedly working on two seasons, with eight episodes each, to follow the complete storyline without rushing the plot.

The First Images From The Sets

Almost a month before the show’s premiere, paramount+ teased the fans by releasing pictures of Harrison Ford and Helen Mirren from the sets. Of course, it set the internet in a frenzy as fans speculated all they could and tried to look for any clues that would give away the storyline. Take a look at these images below:

With all this, it’s safe to say that 1923 has officially joined the popular and mysterious Yellowstone-verse or the Sheridan-verse, both fan favourites in their own right.

Also read: Attack On Titan, The Intense Anime Series Will Be Releasing Soon