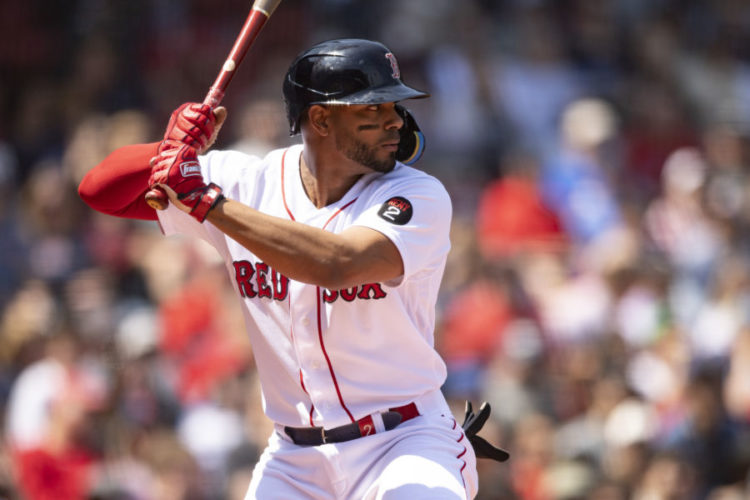 In any form of team sports, rumors about players moving from one team to another are natural. Baseball, being a team sport shows no exception to this. However, in baseball, the biggest rumor is about Xander Bogaerts of the Boston Red Sox. The Sox are having a forgettable run this season. Chaim Bloom’s aim of installing a culture of consistency in the team seems a distant dream as the Red Sox is now sitting at the bottom of the American League East. Due to this, rumors are up in the air that Bogaerts might leave the Sox at the end of the season.

Given the quality which Bogaerts has, it will not be difficult for him to draw a large purse in his favor. If the rumors turn out to be true, the Atalanta Braves are likely to show interest in him. Read the article to know more about this.

The Atalanta Braves have a serious problem in the shortstop position. Dansby Swanson had been phenomenal in the previous season having hit 27 home runs and driving in 88. But this season he is far from that stellar form. Thus the Braves might look to mend their shortstop position. Though it is not obvious how the Braves would solve the issue, roping in Bogaerts could be an obvious solution.

Despite the poor performance of the Sox, Bogaerts has been a stand-alone warrior for them. In his first 131 trips, Bogaerts has hit .347/.397/.463 with a pair of home runs. Thus he will be a valuable addition to the Braves in their title defense. However, if the deal takes place, the Braves will need to trade for Xander Bogaerts. Here is a list of three assets that they might consider trading.

Dansby Swanson had a glorious last season with the Braves. But this season he is struggling to get that form back. His performance this season has been underwhelming. Therefore if the Braves rope in Bogaerts, then Swanson will have to sit out of the team. However, the Red Sox might find in him their new shortstop. But this deal seems a bit problematic, as Swanson’s form is drifting downwards. Thus, the Sox might not be tempted to make this uneven trade.

This 21-years old player is one of the notable assets that the Braves have on their farm. He has shown promising signs on the pitch. In almost 700 professional plate appearances he has hit .307/.401/.442 with a limited pop. Thus he would fit in well with the plan of the Red Sox. The Braves too might see in him the prospect of an upgrade to Bogaerts.

Apart from Grimson, the Braves do have another young shortstop in Braden Shewmake. But the Braves would like to hold him back as he seems to provide some security to the team.

The Braves have quite a number of quality pitchers on the farm. Elder is one of them. The 22-year-old pitching prospect is already a member of the big league team this season. According to MLB.com, he is ranked fifth in the system. Boston may actually want his right-handed pitching prospect as they look to rebuild a strong team.

Moreover, he is the third-best pitching prospect for the Braves. Thus a fine pitcher like Elder, paired with someone like Swanson, seems to be enough for the Braves to get the Bogaerts deal done with the Boston Red Sox.

The deal between the Red Sox and the Braves seems inevitable. In the offseason, Atalanta has not gone for a big shortstop. But now, they seem interested. If this deal takes place, it will be beneficial for the Braves as they look to defend the title.