3 Outlandish Sports Most Americans Know Nothing About 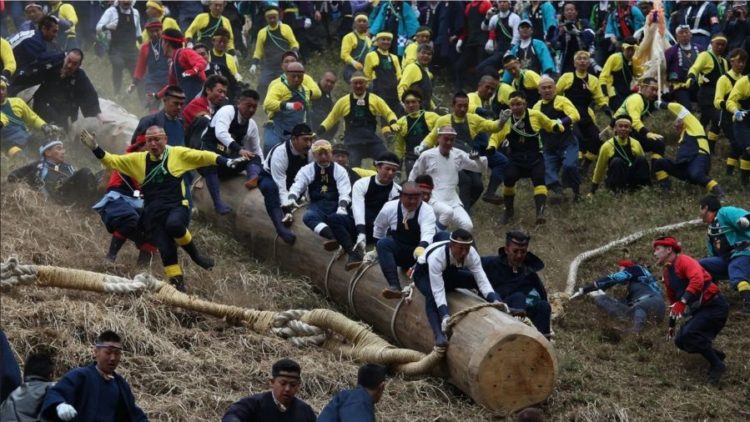 Sports all around the world are significant to cultures and individuals. Not only do they provide active entertainment, but they also bring people together. Just like any other country, the US is also huge on sports – baseball bats swinging in the air and football fans going crazy in the stadiums. From taking your friends along for a Dallas Cowboys match or getting ice hockey match tickets for a date, you can bond with friends, family, loved ones and even strangers watching a game.

While organized sports is a blooming business, sporting activities arranged just for fun also have their joyous perks, cultural diversity can be clearly observed in the lesser-known sports. In a melting pot like America, it’s no surprise that sporting activities of all kinds – brought over by diverse cultures – exist.

Did you recently hear about a World Cup? Wondering what this popular game was where big names like England and Australia participated in but America didn’t. Cricket isn’t the only game that America doesn’t participate in – it has been missing out on some fun sports that are played around the world.

Learning about new sports can be just as entertaining as playing familiar games or watching the Harlem Globetrotters. So today, to educate you, we are going to introduce the three most outlandish sports from all over the world. Let’s dive in!

Popular in Tajikistan and parts of China, this is the national sport of Afghanistan. What animals come to your mind when you think of Afghanistan? Horse and goats, right? Put them together, and that’s how they play one of the most violent sports to exist. With players mounted on horses, you’d expect this sport to be like polo, but it is way more interesting.

The players play with carcasses instead of balls. Yes, you read it right. Water-dipped tough goat carcasses are the object in focus. Each team risking their own and the horses’ physical wellbeing to snatch the dead goat from their opponents’ hand is enough to give you an adrenaline rush. The main aim is to claim victory by dumping the goat in the ‘circle of justice’: often a pit or a chalked boundary.

While there are no official referees and the game rules might differ, general rules are consistently observed. You can whip any of the horses but not directly hurt/attack any player. You cannot put the goal goat on the saddle; you must have it hanging in your hands. Can you imagine the strain while holding a hundred-pound body in one arm?

Often played for prizes and entertainment, some wedding traditions are centered around the game too. How believable would we sound if we told you that parts in America had a variation of this peculiar game for about a century? Sounds untrue, right? But Ohio introduced a very similar game called Kav Kaz, yet this game is unheard of.

Imagine the chaos when you’re being pushed around with 300 people, in teams of 150, going after flags. Bo-Taoshi is one of the popular outlandish sports belongs to Japanese sports. Its army origins explain the toughness it requires. Capture the flag, but with extra steps, it involves bringing the opponent team’s pole down. The name translation “pole bring-down” fits the task quite well.

A simple summary of anarchy on display is that each team’s target is to switch the angle of the flag from 90 to 30 degrees. Don’t fret, you don’t actually need complicated math for it because just pulling the flag down can do the job. With the goal set, punching, kicking, pulling, and gouging make up for most of the winning tactics.

The details make the game exciting. Each team is split into half offense and half defense players, making a subgroup of 75 of each. Further splits in offense, led by the scrum, are the pole attackers and the general support. The defense has a scrum-disabler, who tries to keep the attackers away before they reach the top.

If the attackers reach the top, the ninja welcomes them, which is not quite a welcome. If you are going to play as an offense player, be ready for the opponents’ defense ninja’s kicks. With widespread bizarreness and little to do with strategy, it is definitely not a sport for the weak.

If you visit Columbia on vacation, you are bound to come across Tejo or locally known as Turmequé. Turmequé compromises alcohol, explosives, and throwing discs, yet Columbians consider the sport to be safe.

Sports and Games of the Ancients (1961) implied that the game has existed since the pre-Columbian era. Other historians have suggested Tejo be 450 years old. No matter how ancient it is, it certainly has evolved. In its infant years, gold discs were used until the precious yellow metal got replaced by stones.

Think of it as a livelier and riskier version of darts. Instead of throwing darts, you are throwing Tejo discs. Instead of the dartboard, it is Bocin, a cylinder pressed in clay and Mecha. The Mecha, triangles made out of paper, are filled with gunpowder. If you manage to throw the Tejo in the Bocin without an explosion, you win 6 points. If you cause a bang while hitting a Mecha, put 3 points in your pocket. If Tejo lands in the Bocin with some bang, the tally increases by 9.

Where does the beer come in? You drink before you play. While the beer might compromise your judgment or get you sleepy, the bangs will keep your eyes peeled open. Imagine being drunk and swinging an iron disc from a distance of 18.5 meters to hear a loud bang; you need guts for Tejo.

America might be open to new ideas and people, but adopting outlandish sports seems like a tough deal. Knowing the details of the alien sports bridges some level of cultural barriers while also providing entertainment.

You might want to play these outlandish sports and celebrate sportsmanship from a new perspective. But remember to take precautions for your safety while you fully immerse yourself in the waters of new traditions.

You may also read: Five of The Most Popular Sports in The USA