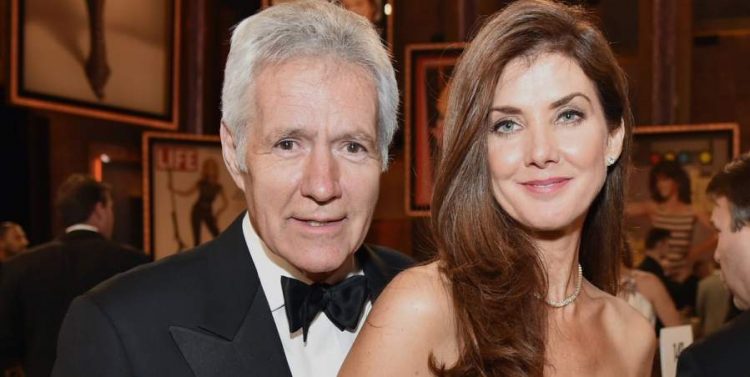 Alex Trebek the long-time host of famous game show Jeopardy! is no more. He passed away peacefully at his home this morning according to the sources. In 2019 he got diagnosed with stage IV pancreatic cancer and from then on his health deteriorated however he continued to host the show. His wife Jean Currivan and kids Matthew, Emily and Nicky are grieving for his death. All the fans are offering the family their condolences through social media.

In 2019 when he was alive Alex Trebek opened about how he wished that he has met his wife sooner. This was his life’s biggest regrets. He has heard that President Bush and his wife had enjoyed seventy-three years married life. So he said that if he could have met Jean in his twenties then they would also have enjoyed that much years of married life. He and his wife Jean had twenty-four years age gap between them however it did not stop them from loving each other.

How did Trebek and his wife meet?

Alex Trebek met his wife Jean Currivan Trebek at a party in 1988 in New York. They liked each other the minute they met however Trebek had second thoughts because of the twenty-four years age gap. But because of the love they had for each other they made it work. Jean was very nervous at the party when she met Trebek because he was a popular show host.

However, she shared that he was a down to earth person and made her feel good. She also told that he had a gruff exterior but he was sensitive to other’s feelings. Moreover, she kept on thinking about the twenty-four years age difference but something about him drew her to him. Then they got married on April 30 and three weeks after the wedding Jean got pregnant.

Trebek and Jean had a happy married life. They always watched films together and they both enjoyed the time. The couple also loved going out with each other. Jean has accompanied Alex on many shows and public events. Although they had their ups and downs which are part and parcel of life they never allowed their love to diminish.

Jean likes Alex’s sense of humour that helped him to have a calm head even in serious situations. Then she loved Trebek’s intelligence and his youthful curiosity to learn new things. Surely Jean will miss the happy times she had with her husband. However, she will always cherish the memories she had with him.

Alex Trebek was eighty at the time of his death. He has written a memoir titled The Answer Is…Reflections On My Life where he has shared about his experiences with stage IV pancreatic cancer. He also revealed how his loving wife supported him through the ordeal. He wrote that “She’s kept me alive” and if she was not there in his life he would have gone long back.

This is the 30-year-old love story of Alex Trebek and Jean Currivan. Their love story is a source of inspiration for many couples.