Blast from The Past: 5 Historical Sites to Visit in Turkey 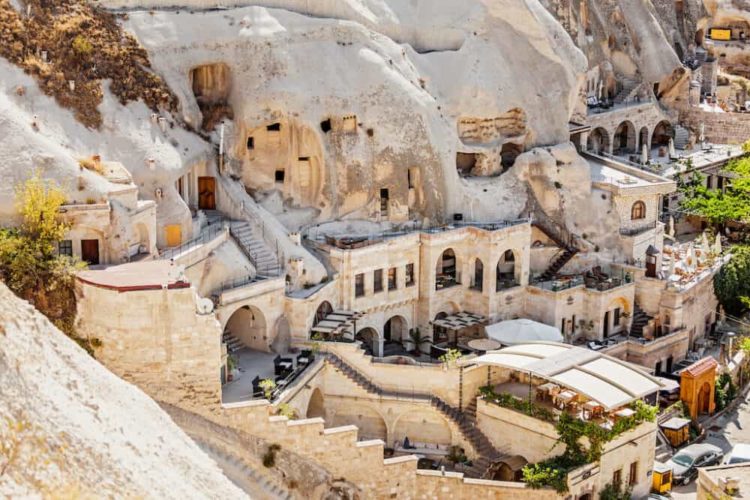 Turkey; the land of culture and beauty. It’s one of the best places to visit if you’re looking for relaxation with a touch of history. You can walk through the cobblestone streets straight into the Greek era and bask in the spectacular sites and religious significance that it has to offer. Make your way out into modern life with great Turkish food and kahva while walking on the great white sands overlooking clear blue oceans.

And while the gorgeous beaches are definitely a sight not to miss, Turkey has much more to offer than just that. In fact, some of the main attractions for tourists are the historical landmarks that are spread all throughout the country and there’s so much to do that you may end up missing out if you’re not prepared. So, if you’re planning to go to Turkey for the holidays, it’s always better to do your research and create the perfect itinerary so you don’t miss out on anything.

Now that you’re building an itinerary for your trip to Turkey, make sure you include the sites that are unique to Turkey. Prepare yourself for a walk back in time and check out our list of the best historical sites to visit in Turkey:

What is Hagia Sophia? The answer is simple; it’s a structure that you’ll never forget. Hagia Sophia used to be Christian church and now rises as a beautiful museum. Situated across the vast green, Hagia Sophia’s beautiful dome is visible over the tress, making it a sigh to behold for tourists and locals alike.

Take a trip with us to one of the most beautiful museums Turkey has to offer and enjoy a scenic view you’ll never forget. When you enter the Hagia Sophia, your eyes are immediately welcomed by the sight of some of Istanbul’s finest architecture lining up the ceiling. Built some 1,500 years ago, Hagia Sophia faced its fair share of wear and tear over the years owing to both natural disasters and political changes within the city. Despite this, Hagia Sophia not only flourished in its excellence, but helped Istanbul by attracting tourists.

If you get a chance to visit Southern Turkey then you’re in for a treat. Rising high beyond the mountains can be seen a mountain named the Mount Nemrut. Unlike other mountains, there’s a story hidden within the confines of Nemrut; a historical presence that visitors will marvel at for sure.

Mount Nemrut is known to be amongst the most ambitious constructions of the Hellenistic period. All around it are statues which give you a peek into the Commagene Kingdom. These statues were originally thought to be built for King Atioch’s tomb, however, after several excavation projects, his tomb was not found, showing that he might have been buried elsewhere.

More than simply being a spectacular sight, Mount Nemrut is home to archeological finds building a background for the stories that are left untold.

If you’re interested in archeological finds dating back to thousands of years, then Gobekli Tepe is the place to be. Dating back to the neolithic period, this area holds something of a religious importance to many. When you visit Gobekli Tepe in Şanlıurfa, you’ll immediately be lost in the wonder of the world’s largest and oldest temple.

As of yet, the excavation continues, uncovering yet another vast portion of the temple. When you walk through the site, you’ll get a glimpse of the olden rituals and practices that used to take place, now buried underneath the lands you walk on. What’s even better is the bonus of touring Şanlıurfa, famously known as the “City of Prophets.”

In itself, Şanlıurfa is a wonder situated right amidst the holy lake of Balıklıgöl. It’s beauty is unmatched and tourists often visit in hopes to glimpse the complete beauty that Turkey has to offer.

Situated in Didim, a small town on the Aegean coast province of Aydin, this temple has several columns formed on solid stairs. The original structure was destroyed by a series of earthquakes that wreaked havoc on the inhabitants.

The Temple of Apollo was adopted by the Greeks who worshiped the god of healing and gained an insight of the future, often making pilgrimages to Didim for their offerings. It is known that, since the poor were unable to offer the sacrifices required, the pilgrimage to the Temple of Apollo was thus reserved only for the wealthy. Holding a religious significance to the olden days, it’s undoubtedly a wonder with the best view, a great insight, and an educational experience for those who like to catch a glimpse of the past.

The House of Virgin Mary situated in Selçuk holds significance to both followers of Islam and Christianity. There is a debate on whether or not the Virgin Mary actually lived there and doubts still remain despite the countless investigations that have been carried out thus far.

The shrine, in itself, is rather small and seems to be a modest chapel with a preserved structure back to the Apostolic age. The construction remains intact as it did years ago with minor changes and additions made to its exterior. When visiting the House of Virgin Mary, it is important to understand the significance to gain the complete experience. From the outside, the structure is simple with a small canal towards the outer room where the Virgin Mary was known to rest. The complete structure has a humble appearance and offers a sensational view to the onlookers.

Now that you’ve got the list, you can easily plan out your trip and make sure you have an experience of a lifetime!