6 Interesting Facts About Jedi Temples You Should know 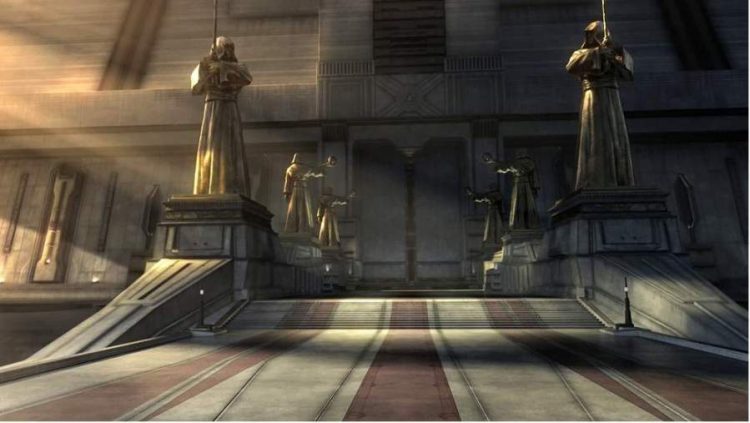 The Jedi Knights in Star Wars are the guardians of justice and peace. But there are many interesting facts about them that we are unaware of. They are doing the job for 1000 years. They started in ancient days as a peace-keeping order and they devoted their lives for the service of others and also to eliminate evil. They are an important part of the Star Wars franchise however little gets revealed on how they work. Many things are still a mystery to the fans.

So here are some of the interesting details about the Jedi and Jedi temples.

The original Jedi Temple in the Star Wars Universe created on ancient Sith shrine. It got created on a powerful force called the “Sacred Spire.” This place is a sacred place of the native Coruscanti which had large stone walls. This served as the base of the first shrine. The Jedi order reached the place and they constructed many small meditative chapels. Then only the temple got fully formed for use.

There are warning beacons inside the Jedi temples that serve as a broadcast signal. This helps the Jedi to contact all the Jedi who live in many parts of the galaxy in case of emergencies. But later this got used by Darth Vader who entered the temple to put an end to Jedi. Later an Emperor came and destroyed all the records inside the temple.

2. The Jedi’s are a rare breed

In the lifetime of Anakin Skywalker, the Jedi orders have become myths. They have become a legend. They were a major part in the clone wars but after it, they became limited in numbers. They are not a well-known race in every part of the galaxy and that is the reason their names disappeared. The Emperor also erased their history so it became a myth. But their legacies remained intact.

The creation process of the Lightsabers and their colour got changed over time in the Star Wars. We were able to see these changes in Star Wars Clone Wars. The Jedi gather in planet Ilum and Jedi bonds with the cyber crystal. Before bonding, it is without any colour however after it bonds with a Jedi the colour changes to blue or green.

There are also other colours like yellow, white and purple. Now the colours do not denote the class or type of the Jedi who uses it. But there are seven types of forms the Jedi may use the lightsaber during a fight.

4. The secrets of four masters

The Jedi temples got founded 4000 years before the fall of the Republic. The four masters are the Jedi who made the Republic fall. They are the ones who build the temples so there is a massive pylon at the entrance of the temple to honour them. We can see these pylons in the film and TV series adaptations of Star Wars.

This is a new skill used by the Jedi. The first well-known Jedi who used this skill is Obi-Wan’s mentor named Qui-Gon Jinn. He was able to contact the force as a ghost. The Jedi who has a deep connection with the light side will be able to return as a spirit. Through these skills only they could guide the last Jedi Luke Skywalker to the force.

6. Luke Skywalker trained to be a Jedi

Luke became the Padawan of Master Yoda. His training took many years. Later he also learns about the history and philosophy of the Jedi. Eventhough he is mostly a self-trained Jedi he learns many things from Yoda.

These are the six interesting things about the Jedi and the Jedi temple. They have a lot of significance in the Star Wars universe. Hopefully, we will get to know more about this glorious order.