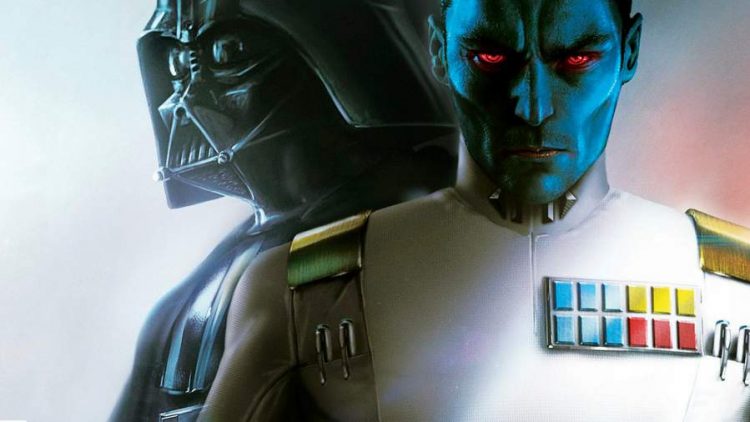 The Mandalorian season 2 was a success among fans because it was full of inside jokes and the returning of some of the favourite characters. But now a novel thing has surprised the fans and that is the introduction of a mysterious villain named Grand Admiral Thrawn. If you are not aware of a character named Thrawn who is one of the famous villains in Star Wars Universe then here is short information about him that will help you.

Let’s see his history and other details of his life that will make you understand his character.

Who is Grand Admiral Thrawn?

Grand Admiral Thrawn is one of the main antagonists of the Star Wars franchise. He got introduced in 1991 in the novel of Timothy Zahn titled Heir to the Empire. He has the full control of remaining forces of the galactic empire.

Moreover, he had a full face off against the heroes of Stars Wars such as Luke Skywalker, Princess Leia, Chewbacca, and Han Solo. Then he got defeated by them. But sometimes he also gets resurrected and fights again. He is one of the Stars Wars legends.

Grand Admiral Thrawn is one of the most intelligent of the Emperor’s minions. The alien species he belongs to is Chiss and comes from planet Rentor. His gets depicted as a tall man with blue skin and red eyes. He wears a white uniform that defines his rank. He got his rank by his cunningness and brilliance. Also, he is the most dangerous of the antagonists in the universe.

He is a great military strategist and genius in tactical matters. He also knows many things about other cultures and species in the universe. Impressively his first name is Mitth’raw’nuruodo. Some sources describe him as a diabolical, ruthless and brilliant man. His style is very different from the other antagonist like Darth Vader. He does not make his subordinates submit to him but uses his brilliance to take good ideas from them. That is why his workers are loyal to him.

What is his significance in The Mandalorian season 2?

Grand Admiral Thrawn faces the star wars Rebels. He orders the Admiral Konstantine to get rid of the Rebels in the “Hera’s Heroes”. Then he comes on his destroyer called Chimaera and it gets revealed to the audience that he knows Commander Jun Sato who is a rebel. At the end of the series, we see Thrawn in the Star Destroyer along with Bridge near to their deaths. So the audiences got left to wonder whether he is alive or not.

Now The Mandalorian and Rebels are going to get a cross over. So Thrawn may make an appearance in the series. In the “Chapter 13: The Jedi” Ahsoka Tano mentions about Grand Admiral Thrawn. He gets defined as the master of the Magistrate of Corvu.

So we can understand from this information that Thrawn is still alive after the events that happened in Star Wars Rebels. This will be one of his major appearance five years after the Return of Jedi and the downfall of Empire.

Grand Admiral Thrawn will certainly be a force to reckon. What plans he may have to disrupt the journey of the main characters is a thing we have to wait and see.