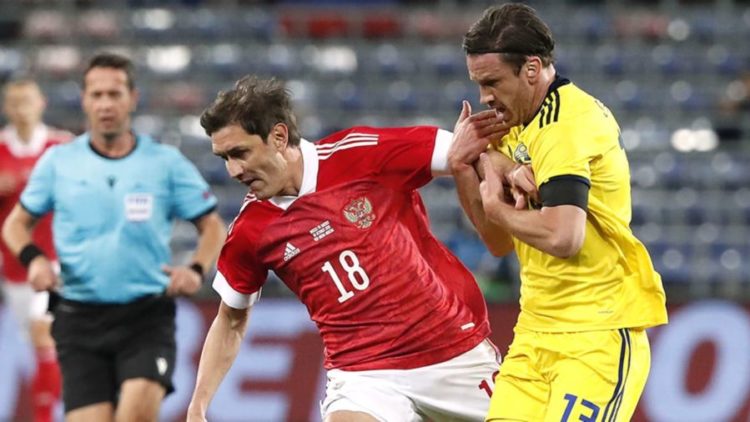 Every footballer dreams of representing his nation. Thus, they always give their hundred percent on the field for the national outfit. A player might be highly successful at the club level. But if he fails to impress in his national outfit, the fans hurl down criticisms on him. Therefore, a national team call-up is an ultimate stage for a footballer to prove his worth.

There are various competitions in world football where national teams compete against each other. The UEFA Nations League is a similar competition. In fact, it is one of the most prestigious and grand football competitions, organized by UEFA. The 2022-23 edition of the league started on 2nd June. All the prominent European nations will be locking horns this time. The players will equally be eager to showcase their skills for their respective nations.

However, there are 5 MLS Stars, who can make a positive impact during the Nations League this time.

Read the article to know more about this.

The MLS or Major League Soccer is one of the biggest soccer leagues in Europe. Many great footballers have joined this league. In the current season, MLS will be having an international break between May 31 and June 15. During this time many MLS stars will be representing their nations in the UEFA Nations League. The Group Stage of the league will be played during that time.

Moreover, it will also serve as a preparatory stage for the  2022 World Cup-bound European sides.  In fact, the teams who will not be in the World Cup will also have a chance to win an international trophy here. As a result, various nations have called up their players from the MLS. These players will have a chance to show off their talent on the international stage.

5 MLS Stars Who Could Impress In The League

These are the Five MLS stars who could impress in their national outfits:

In MLS Xherdan Shaqiri plays for Chicago Fire. At present, he is the highest-paid player in MLS. He has been a big-time international star. Shaqiri has played for the Europen giants like Liverpool, Bayern Munich, and Inter Milan.

However, he has not yet found his form in the MLS. In his 13  appearances for Chicago Fire, Shaqiri has scored only three goals and has made 1 assist. Moreover, he has led his team to only two wins. He’s been playing centrally for the Fire. But for Switzerland, he will be playing as a winger. If he gets success there, the club too might play him on the wings.

Also read: The Biggest Sports Competitions in The World?

Daniel Gazdag is having a splendid season with the Philadelphia Union. They are sitting at the top of the MLS table. The Hungary international has found the nets seven times this season and has also sent out two assists in 13 games.

Hungary will not be playing in the 2022 World Cup. Therefore Daniel will be looking forward to carrying his form to the Nations League, as Hungary will be eyeing the trophy.

The Polish international plays for Charlotte Fc in the MLS. The Midfield section of the polish team is not set for the 2022 World Cup. Therefore, Kamil will be eyeing to prove his talent in order to earn a midfield spot in the World Cup.

So far, he has played only 4 MLS matches. In Euro 2020, he also played a little for his nation. His passing ability is great. Thus Poland will look to him for some defense reaping passes.

The Polish international team has earned a spot in the 2022 World Cup. Thus, the UEFA Nations League will be the ideal opportunity for manager Czesław Michniewicz to finalize his squad for the World Cup. Their forward line appears set. Robert Lewandowski and  Arkadiusz Milik are the two men up fromt for them. Therefore, the next two spots up front remain yet to be decided.

Adam Buksa and Karol Świderski play for New England Revolution in the MLS. This pair of strikers will be aiming for the third and fourth spots in the Polish front line. Buksa has seven goals and two assists to his name. Whereas Świderski has made two assists and has found the net four times this season. Therefore, these two MLS strikers might take up the Nations League as their ultimate showdown.

The Italian Captain is not in the MLS at present. However, after the UEFA Nations League, he will be joining Toronto City. The deal has been done.

This Nations League will give the MLS and TFC fans the perfect opportunity to witness Insigne’s performance. Italy will be missing out on the 2022 World Cup. Thus, Insigne will give it all to take home the trophy.

These are the MLS stars who are expected to impress us in the upcoming UEFA Nations League.