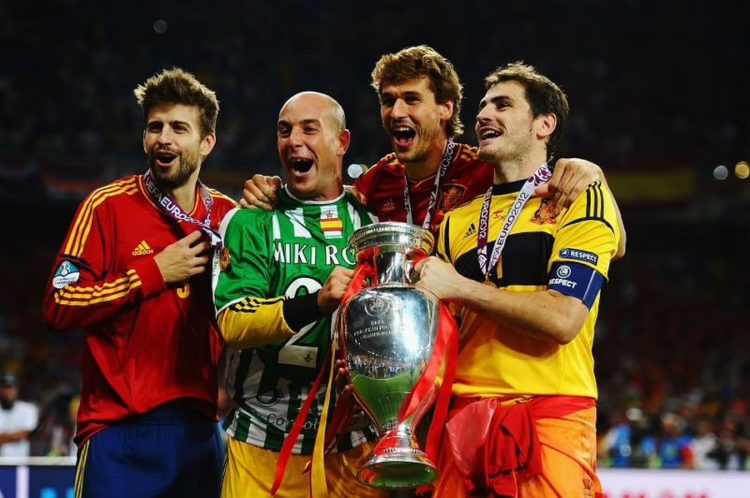 If you love football, you must be one of the ardent fans of UEFA Euro or the European Championship, right? Yes, it is a quadrennial tournament held among the member countries of the Union of European Football Associations (UEFA). In fact, the European Championship is second in prestige to the World Cup among international football tournaments. The champion of these matches qualifies for the FIFA Cup.

In addition, they have always scheduled the matches between World Cup tournaments in the even-numbered years. Initially, they called it European Nations’ Cup. However, it was renamed in 1968. Every member nation of the UEFA, except the host nation, has to go through a qualifying process to take part in the matches. Well, there are several other aspects that we associate with UEFA Euro. So if you want to know about the UEFA Euro history and further exciting details, stay with us until the end. Let us dig in!

Henri Delaunay, the French Football Federation’s secretary-general, had initially proposed the idea of a European tournament (UEFA Euro) for the first time in 1927. However, it officially started in 1958, three years after Delauney died. In fact, the first match was in 1960 in France, with four teams. Later on, they expanded it to eight teams, and in 1966 16 teams played the games.

In addition, in 2008, UEFA Euro approved a proposal of increasing the number of teams to 24. They did this intending to offer chances to the smaller nations to take part in the matches. In 2016 that 24 teams took part in the matches for the first time.

Some of the Exciting Facts About UEFA 2020

Many soccer fans are probably curious to know about this section, right? Well, let us now share with you some of the unknown facts about UEFA Euro 2020. In fact, this was the 16th UEFA European Championship that began on 11th June 2021. As per the sources, the final match was played on 11th July 2021. The Union of European Football Association conducted these football matches as we mentioned earlier. In fact, the matches were held in 11 different cities across Europe.

Initially, these matches were held from 12th June 2020 to 12th July 2020. However, due to the coronavirus pandemic, the world came to a standstill. Therefore, UEFA decided to postpone the tournament to 2021. However, the organizers had retained the name “UEFA Euro 2020.” Do you know who had won the finals? Well, the Italian national football team had won the UEFA Euro 2020. It was indeed a proud moment for them. Now we are all looking forward to the UEFA Euro 2022.

Check out the UEFA Euro Cup Best Players Till Date

So if you are wondering who are those star players who have played immensely well and have made a mark in the history of the UEFA Euro Cup to date, let us share with you the details. Here are some of the most popular ones:

There are very few fans of the UEFA Euro Cup who haven’t heard the star player Iker Casillas’ name. In fact, his fans lovingly call him King Iker. Moreover, he is also the only goalkeeper in the history of the Euros and one of the 13 players who have lifted multiple titles in these matches. In fact, he had also won a prestigious title in the 2010 FIFA World Cup. He is one of the star players who never lost a penalty shootout for Spain.

If you have watched the previous years’ matches of the Euros, you will know that Lilian Thuram was the reason that led to France’s victory at the 2000 UEFA Euro. in fact, he had played in four editions of the Euros. He played as a right-back in the 1966 and 2000 Euros before moving to the center of defense in his next two matches.

His fans will never forget Thuram for his glorious 142 international caps. Moreover, he was the first player to play 15 matches at Euros.

If you are watching the Euros from the 90s, you will indeed remember Laurent Blanc’s performance. Even though in 1992, France did not succeed as a team to make it past the group stage, it was Blanc’s game that earned him a spot in the next matches. In fact, in the UEFA Euro 2000, he was one of the most important players for France as they beat Spain, Portugal, and Italy to earn their second Euros title.

We mainly know Laurent Blanc for his reliability, dependability, and being a great team leader. All these qualities make him one of the star players of all time in the Euros.

When we talk about the two best second center-back positions in the all-time Euro team, Sergio Ramos’s name comes right at first. Ramos is one of those players who have won the Euro cup twice by playing in two different positions.

Needless to say, his remarkable performances at the Euros make him one of the most famous soccer players of all time. It is indeed a treat to the eyes to watch him play.

Even though Michel Platini only played once at the Euros in 1984, his marvelous game in that particular match had found him a place among the legends of the Euro Cup. It might be confusing to see Platini in the central midfield since he operated in an attacking midfield role in the all-time Euros XI.

In addition, his nine goals at Euro 1984 remain a record for most goals of a single edition in the Euros.

There may be various other star players in the Euros; however, it would be a shame not to mention the G.O.A.T (The Greatest of All Time) Christiano Ronaldo, more commonly known by his fans as CR 7. So with 31 goals, Ronaldo is the all-time top-scorer in Euro qualifiers. Besides, Platini, CR 7, scored nine goals in the Euro Cup matches.

In fact, he is the only player to score in four editions of the Euros. Besides, his 21 matches at this tournament have already become a record. Needless to say, Christiano Ronaldo has countless fans from all over the world who love and worship him like crazy. The young star player’s debut was in 2004 when he helped Portugal win the match by scoring a goal in the semis. In 2016, Ronaldo’s dream came true, and he could lift the trophy of UEFA Euro. This win was highly dear to the star player’s heart since he could finally take the trophy home after 12 years of toil.

By now, you must have got an overall idea about the various significant aspects of UEFA Euro, right? According to the sources, Germany and Spain are the most powerful among all the teams. This is because they have won the trophy several times. In fact, Spain was the only football team to win the title successively.

Presently, we know this UEFA Euro trophy as the “Henri Delaunay Trophy” since he was UEFA’s first general secretary. As time passes, the organizers include new and tech-savvy items like VAR to ensure that the matches are played smoothly.