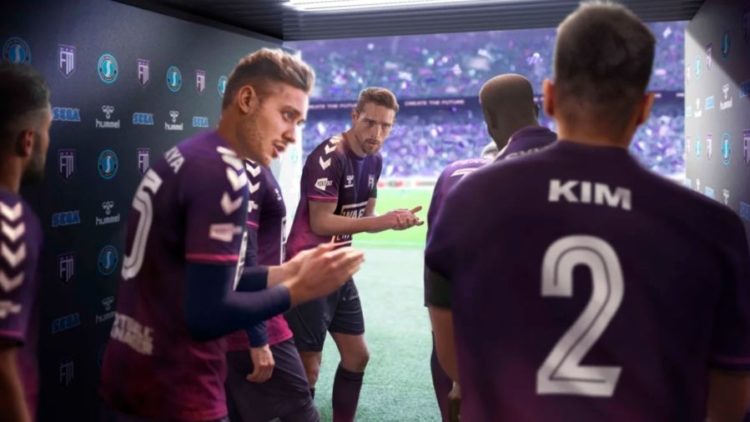 Have you ever dreamed of taking the job as a football manager rather than a player? Have you ever thought about the pressures of your job being on the line? Have you ever wanted to storm out of a press conference because a journalist asked you why you have used 34 players this season? Then Football Manager is the game for you.

Originally released under the name Championship Manager in 1992, it captivated fans’ hearts very quickly with groundbreaking ideas and an incredibly fun playing experience. Many argue that the 97/98 version of the game is the best there ever was with some still playing the game to this day trying new challenges every time.

The release of the first Football Manager game in 2004, but called Football Manager 2005, was a moment in history for the creators. Not only did they manage to release it before Championship Manager 5 it was also the fifth fastest selling PC game of all time.

So what makes the series so popular? It is probably the escapism, the ability to keep playing even after the original players have retired and the amazing detail of the game. With tough decisions about what formation to play, what style of football to play and what style you want each player to play as gripping the user. For example Football Manager fans recognise that a 4-2-3-1 with gegenpressing whilst playing with a mezzala and an inside forward as a normal life thing maybe considered alien talk to other people.

With tasks such dealing with player’s happiness, transfers and contracts you have real control over the game and the decisions you want to make at your club. You can hire your own staff (even though your assistant will just tell you that you are being overrun in the midfield), interact with the board over what you want and even fine players for being sent off or not turning up for training.

You can also feel the effort that has gone into making the game and how much extensive research that has gone into it. Players have stats filled to the brim about how they play and how they could improve or deteriorate. They also have their biography filled out with their career so far and what clubs they have played at.

The game also simulates around the world as well with other leagues also playing whilst you continue your save with a National League North side on a shoestring budget scouring the free transfer market. The game throws in some fantastic storylines for example players coming out as gay in the game, changing the Qatar World Cup due to human rights issues and the realism of how Brexit affects the UK after the 2016 referendum.

The game is so popular that there are live streams of people playing the game. You can log onto YouTube or Twitch and watch someone play a game of Football Manager. There is not always action on these streams but there is a story, there is escapism and there is always excitement.

Players have even simulated the game to help them make decisions about future World Cups. YouTuber GoldenFM simulated the World Cup with the correct teams and groups alongside many other gamers and determined that France would win it, England would come 4th and Harry Kane would finish as the Golden Boot winner. People are using the game to beat the bookies so get looking for the best betting offers for new customers and play the game to determine the winner of the Qatar 2022 World Cup.

Football Manager fans are certainly a community much like other gaming fans but you need to know the difference between a deep lying playmaker and a half back.