5 Places In India Where Indians Are Not Allowed To Visit 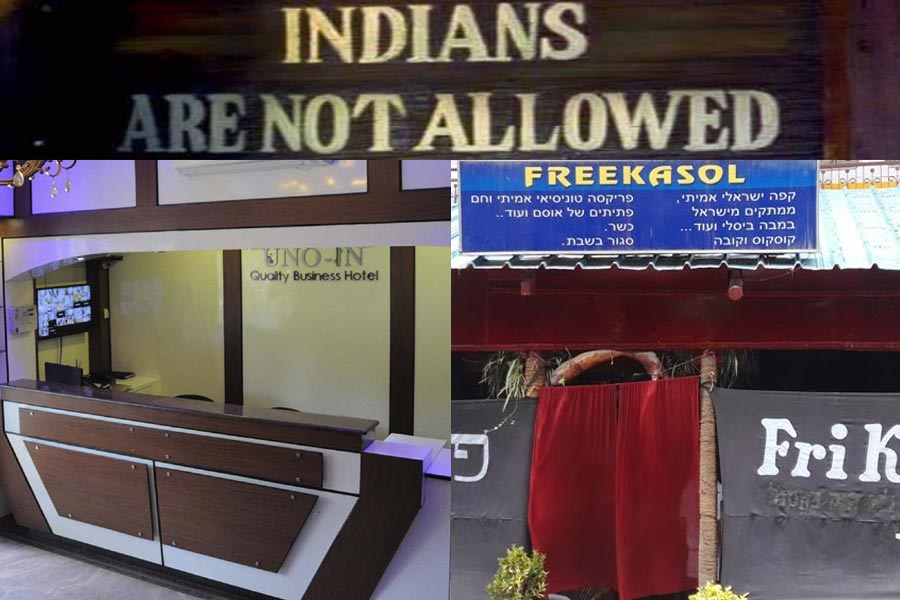 You will be shocked to know that there are some places in India where we Indians can’t visit. They welcome only foreigners. I mean it’s hard to believe for us that even after gaining independence we can’t visit some of the places. But that’s unfair. Do you know about those places which do not entertain Indians?

We have compiled the list of such places where Indians entry is banned.

Free Kasol Cafe is situated in Himachal’s Kasol village in Kullu district. It is one of the popular places that do not allow Indians to enter. It is believed that the manager of the cafe denied giving the services to the Indians whereas he has nicely welcomed the guests from Israel. Later the manager of the restaurant explained that he was in a bad mood at that time which is not a proper reason to turn down away any customer like this.

Well, you will be shocked to know this hotel started as a joint venture with Nippon Infrastructure Company to only serve their Japanese client. But when people started knowing about this thing that the hotel doesn’t allow Indians, it was soon shut down by the law on charges of racial discrimination in 2014.

3. ‘Foreigner’s only’ beaches in Pondicherry

Pondicherry is best known for the cherished destination for foreigners who come to India. Its breezy beaches and French boulevards offer a wonderful cultural appeal. However, Pondicherry has many beaches that are exclusively meant for foreign tourists only and not for Indians which is bad news.

Also read: 7 Places To Visit In Udaipur Which We Just Cannot Afford To Miss

4. “Foreigners Only” Beaches in Goa

Goa is an amazing holiday destination for everyone. From old age individuals to the young generation, everyone loves to visit here. But this thing might upset you, as there are certain beaches in Goa where only foreigners are allowed. Anjuna beach is one of the perfect examples of this which doesn’t allow any Indian. However, this is not a legal restriction, but they just want to save and protect the foreigner women in swim bodysuits from the lusty gaze of Indians.

Do you know this hotel in Chennai has put the signboard at the entrance that says “Welcome, Namaste, pray to stay at this worthy lodge.” But this warm welcome is only for those who are Non-Indians or an Indian in possession of a foreign passport. They prefer foreigners and not Indians because they feel that Indians are very demanding as regards the room service and make too much noise which disturbs other hotel members.

So, these were the places where Indians are completely banned. However, we are surprised to know this thing but we can’t help. But no need to worry, we still have so many places to roam around where we can go and enjoy.

Also read: 5 Popular Cities In India That Are Perfect To Live After Your Retirement

Tags: Indians are not AllowedPlaces where Indians can't visit