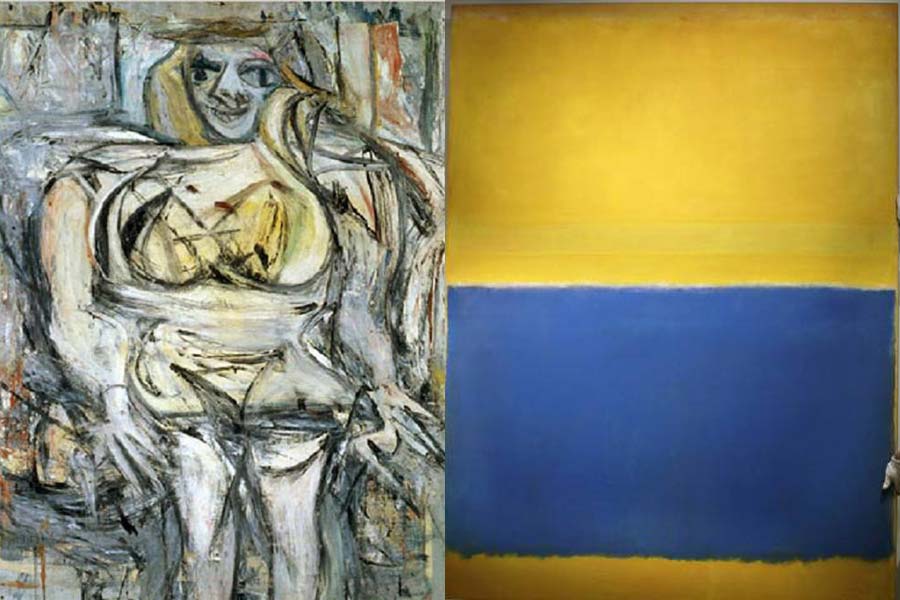 I personally don’t have any understanding of the art world. But I have that sense to tell whether the painting looks or not? In this article, we will show you some of the incredible or weird paintings that totally make no sense at all if you look at them. But then this thing also bothers me how these ugly looking paintings have been sold for a million dollars and who has purchased them?

Have a look at these 5 paintings that were not only sold for an astonishing amount of money but also, many of them are pieces of art that you are going to swear you’d be able to have created at home.

Have a look, I bet you will die laughing.

There is nothing artistic in creating some simple rectangles in your piece of art. Literally, they have no or very little meaning if we talk practically. After having a look at this painting, you will feel like this might be the work of any first-grader. But in actual, it was painted by Mark Rothko and it was sold for over $28 million which makes it even more unbelievable.

We are not sure who the fool is here, but this abstract piece of modern art called ‘Blue Fool’ by Christopher Wool was sold for the staggering $5 million. Can you believe it?

Also read: 7 Things That Astrologer will Never Answer You Correctly When You Ask Them

We are not sure how this painting title ‘Cowboy’ actually resembles a cowboy and why it is considered to be like an art, but the truth is that it was sold for $1.7 Million which is leaving me like laughing for hours.

Would you believe that this photo has been taken from someone by Accident while travelling? Think again. This is, in fact, the world’s most expensive photograph, called Rhein II, and it was sold for a whopping $4.3 million.

Also read: 3 Steps To Help You Streamline Your Activities To Live An Easier Life

This is a painting that was created by none other than but Leonardo da Vinci called ‘Salvator Mundi’. Now you will think like if it has been created by Leonardo then it must have very costly. No doubt, it was very expensive but if we talk about the quality of the painting, it was not that good as it should look like. Despite this, it still managed to sell in 2013 for $127.5 million.

Also read: 6 Most Useful Wall Décor Ideas for Your Bedroom

So these were some of the ugly pieces of art which were sold for a staggering amount. I know it’s hard to believe but that’s the fact.

Also read: What are The Characteristics of Modern Art