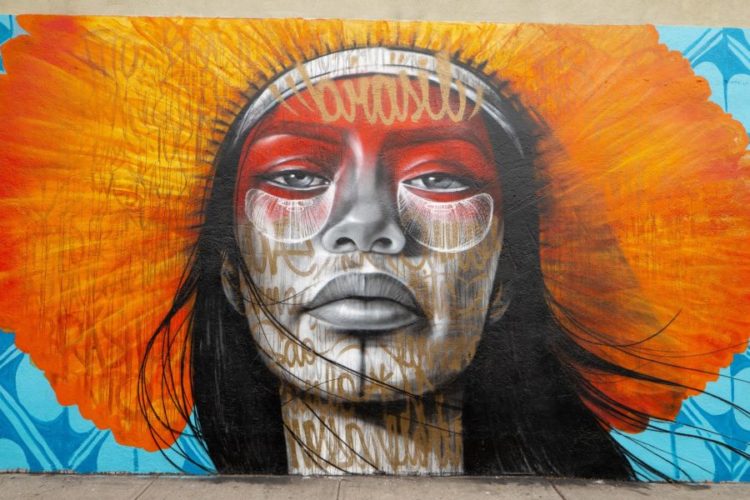 The Movement of Modern Art began around the 1860s and continued until the late 1970s. At its core, modern art stands as a rejection of traditional and historical methods in favor of freedom in both ideas and forms. As a result of this newfound freedom, a whole host of new styles and ways of painting emerged. It has even been said that artistic expression has evolved more within the last 200 years than it did in the 2,000 years that came before it.

Not only did Modern art break all conventional molds resulting in a flood of new colors, shapes, and narratives, but it also opened up the world of art to everybody. No longer did one have to be classically trained to be an artist. Anybody could now pick up a paintbrush and express whatever was in their heart, leading to a splendor creation of art movements list.

There are various art movements which left their footprint in the history of art, but we can definitely say that Vincent van Gogh is unmistakably one of the most important developers. His style was so new at the time that it was wholly rejected by the masses, and van Gogh was seen as a failure. It was only after his death that people began to understand his brilliance.

His introduction of the unconventional organization and abstract perspective of forms baffled people at the time. Van Gogh’s paintings were so far and beyond the conventional standards that the artist was labeled as a madman.

Wheatfield With Crows is an excellent showcase of van Gogh’s unique perspective on painting. It is one of his most famous works and acts as a fitting tribute to his collection as it is believed to be the final piece he ever painted. Its emotional color and mood embody the premise of modern art completely.

A Sunday Afternoon by George Seurat

George Pierre Seurat was an integral component of the modern art movement, and if not for the French artist, the movement itself may not have become as successful as it was. Seurat introduced new color theories and approaches to painting that were adopted by many modern artists at the time.

Seurat believed that color was the key to unlocking the emotion behind the painting. He devised new methods of illustrating color. Known as Pointillism and later Neo-Impressionism, Seurat increased the vibrancy of color within his works by using a scientific approach.

His masterpiece, A Sunday Afternoon, was the magnum opus of his short career, and it is one of the most iconic paintings of its era. It beautifully displays all of Seurat’s ideas in one painting and represents the benchmark in the transition from classical to the modern age of art.

Prolific French artist Claude Monet is widely accepted as one of the finest painters of all time and is one of the forefathers of modern art. His work would play a pivotal role in inspiring the creation of modern art movements.

In Impressionism, the goal of the artist is to portray the feelings inspired by the scene rather than just capturing the scene itself. Monet was a master at this. His Impressionist painting would lay the groundwork for the more abstract adaptations that would follow soon after.

Pablo Picasso represents the evolution of the Modern Art movement during the early and mid 20th century. Following on from his predecessors, Picasso would take Impressionism and Abstractionism to brand new highs, resulting in the birth of Cubism.

Picasso said himself that he was directly influenced by fellow modern artist Paul Cezanne and his reductionist theory that all nature can be broken down into simple solid shapes such as spheres and cubes. This, accompanied by the influence of African art, would cement Picasso’s unique modern style.

Cubism would soon become one of the quintessential models for showcasing the abstract aesthetics and altered visual perspectives associated with modern art. It would coincide with other styles such as Surrealism, Fauvism, and Expressionism that would take modern art to the next level.

American artist Jackson Pollock stands as a prime example of the accumulation of modern art principles before the brink of its eventual decline in the 1970s. Following on from artists such as Seurat and Picasso, Pollock’s drip technique would become the most iconic Abstract Expressionist technique during this time.

Pollack’s art can be viewed as a conglomeration of all the principles of modern art coming together into one beautiful mess. His artwork can also be seen as an attempt to push these principles as far as they can go.

Eventually, Jackson would pull so far away from the usual tools and foundations used by artists that his work became practically unrecognizable and unquantifiable from anything else. He took the ideas first started by modern artists more than a century before his time and ran them to their inevitable finish line.

Modern Art Is No Different

Also read: What is NFT: How does Crypto’s New Art Non-fungible Token Work

The Dangers of St. Patrick’s Celebrations for Those in Recovery