What is NFT: How does Crypto’s New Art Non-fungible Token Work 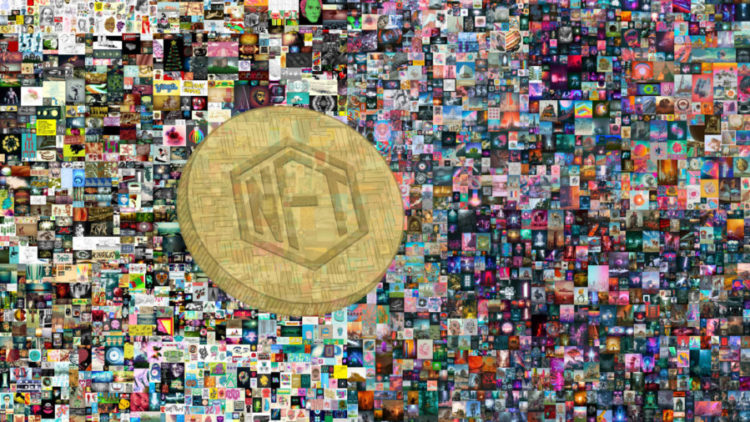 NFTs are popular investments. What does NFT Stand For? It is known as the non-fungible token. Also, these are the certificates that serve as the ownership and authenticity of the digital assets. It can involve domain names, artworks, and virtual sneakers. The NFT is the same as bitcoin. Now it has become the talk of the town. Artists, brands, gamers, and others are interested in NFTs. So its horizon is broadening day by day. It is best termed the NFT art coin.

The NFTs were sold for $69,346,250 in an online auction that happened at Christie’s. In 2021 alone it hit sales at $2.5 billion. You can learn about how the NFT works here. Also, know what gives it value and how you can benefit from it.

The NFT stands for non-fungible token. It represents digital and physical assets. Also, it offers more certain value to the previously intangible things. Much of the news about NFTs is about digital artworks like the memes in social media ‘Charlie Bit My Finger’. Some of the other examples of the NFT are event tickets, domain names, and more. Also, redeemable physical items make the list.

The NFTs and the Cryptos are mentioned together. But they are not similar. Cryptocurrencies like Bitcoin or Ethereum are used as currency. The value of one bitcoin will be similar to the next like one pound is the same value as another pound. To explain this the term fungible is used which means mutually interchangeable.

But in NFTs this is not the case. The value of each NFT is unique. So it is non-fungible. If a thing is non-fungible then it cannot be traded or exchanged with one with equal value.

Some of the other examples of Non-fungible things are homes, cars, Pokemon cards, and more.

The work of NFTs

The relation between NFTs and Cryptocurrency is because of the blockchain. It is a type of database that chains the blocks of data. It is organized in chronological order. Also, it is used as a ledger of transactions. The NFT is a unit of data presented in this way.

The NFT is non-fungible because of its unique identification code and metadata. It is made each time an NFT art coin is minted.

Further, the NFTs are an aspect of the Ethereum blockchain. So these are individualized tokens that contain extra information. Also, this information is essential as it allows the Non-fungible Token to take the form of music, video, art, and more. As these have value the NFTs can be purchased and sold like these art forms. The value of the NFT depends on the demand and the market.

The meaning of owning an NFT

The idea of owning an NFT is difficult to understand. For instance, let’s say you own a piece of art. You can do anything with it. But when you own digital artwork or other things with an NFT it does not mean that it is yours. There is just a record of the ownership.

The value in NFTs

The NFTs are minted so it means that there are specific guarantees in ownership. Firstly, there must be no change in the record of the ownership. Secondly, the individual NFT must not be replicated. Thirdly, there has to be only one owner at a particular time.

Further scarcity also plays an important role in determining the value of NFT stock. The person who creates the NFT can decide how many can exist. Also, the scarcity is 100% verifiable and is found inside the NFTs itself.

When it is released the number of original NFT is not changeable. Even if the same NFT is minted again it will be a different NFT. It can be compared with the first edition of a book and how the second edition of the same book is different from the first one. The rarity of the NFT will increase its value. Similarly, the authenticity of the NFT is also verifiable. The creator of the NFT can prove that their NFT is originally not a copy.

There is not one marketplace of NFT but many are available. But before purchasing an NFT stock you have to set up a cryptocurrency wallet. The marketplaces will cater to your specific needs. If you want to buy baseball cards then you can visit the site digital trading cards.

Many pieces are getting auctioned at mainstream houses. So this is also the reason why NFT has become popular. Here is a fun fact – the Beeple piece was sold for $69.3 million. This is proof of the high demand for certain NFTs. These are often launched as drops. So that the buyers can line up to buy the NFTs they need.

Some of the marketplaces are the following.

The NFTs are creating waves in the in-game purchases as well. The assets can be purchased and also sold by the players. Also, it contains playable assets such as skins, avatars, and swords.

Similar to any assets, the long-term value of NFT is not certain. This is true because NFTs are new and are in the infant stage. There is also no direct management of NFT in the UK. Also, there are some complexities present in ownership.

One of the other unclear areas of NFT is its environmental impact. There is a lot of energy involved in mining NFT.  An NGO organization has reported that the NFTs transaction results in a carbon footprint of 48kg CO2e. This is not good for the environment.

This ill effect is not going to harm the value of NFT but still, it is worth considering the crisis the NFT can lead to. We still have to wait and see whether the NFT can sustain its popularity after 2021.

Today many are talking about NFT (Non-fungible Token). It has given new meaning to the digital arts. Many Uber-rich brands and businesses are playing with it. It will become a part of art and collectibles.

How to Invest in Ripple (XRP) Cryptocurrency?

3 Advantages of Cryptocurrency in Life

Should You Invest in EOS?