A Big Blow for Team India: Ravindra Jadeja Ruled Out of Asia Cup 2022 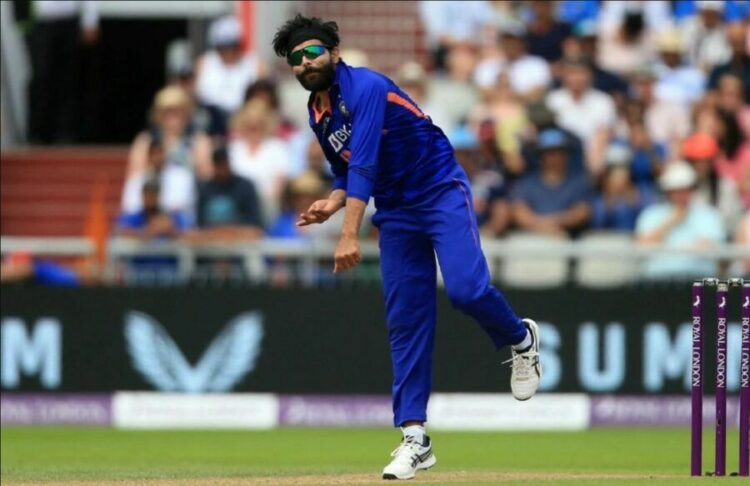 Ravindra Jadeja, the star all-rounder who played a stellar role in India’s victory over Pakistan in their opening Asia cup match. He even scored 35 runs to lead the team to victory. He also had a very good performance with the Hong Kong team with the ball as well. Unfortunately, he was ruled out of the Asia Cup. The BCCI has already announced a replacement in Axar Patel.

Ravindra Jadeja had to withdraw himself from the Asia cup campaign due to his right knee injury. However, the BCCI has currently announced that Jadeja is under the supervision of the BCCI medical team.

Axar Patel, who was originally listed as a stand-by player. He will now join India’s main team as a replacement. Furthermore, Jadeja will also not be available for selection in the marquee tournament.

On September 2nd, the Board of Control for Cricket in India (BCCI) announced in a press conference that “ Ravindra Jadeja has sustained a right knee injury and is ruled out of the tournament. He is currently under the supervision of the BCCI medical team.” However, there are several records of Jadeja’s right knee injury in the past. For instance, in July, he missed the ODI match against West Indies due to an injury in the same joint.

The 33-year-old all-rounder was a key performer in both of India’s matches at the Asia Cup. He was India’s joint-highest run-scorer in the match against Pakistan. Scoring 35 runs and allowing just 11 runs in two overs. Jadeja bowled four overs and took one wicket in India’s 40-run victory over the Hong Kong National Cricket Team.

The Board of Control for Cricket in India (BCCI) has picked Axar Patel. A talented spin-bowling all-rounder to replace Jadeja in the Asia Cup roster. Axar, who was previously chosen as a stand-by player with Shreyas Iyer and Deepak Chahar, will shortly join the Indian squad in Dubai.

Also read: Scores and Updates: Pakistan Vs Hong Kong for The Asia Cup 2022