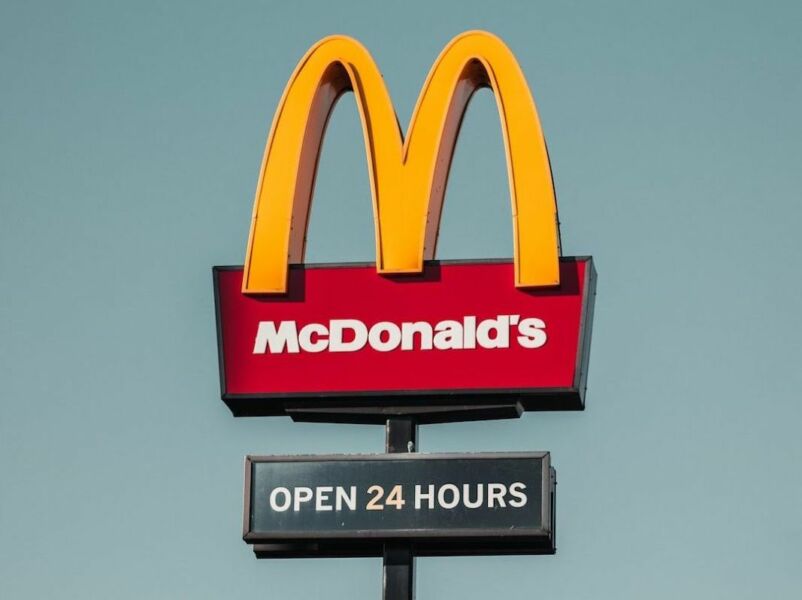 The Beginnings of McDonald’s

The first McDonald’s was opened by Maurice and Richard McDonald in 1940. They opened their restaurant in San Bernadino, California. In 1954, a Multimixer salesman named Ray Kroc came to McDonald’s. He was impressed by the restaurant, and became the new franchising agent for McDonald’s. That’s when McDonald’s started becoming the powerhouse it is today.

Kroc began setting up franchises throughout the country, after forming a real estate company to own the property that McDonalds’ franchises were built on. Kroc and the McDonald’s brothers fought over the business. Kroc eventually bought them out of the business in 1961, but the business kept growing.

McDonald’s advertising was evolving, too. They created the iconic mascot Ronald McDonald in 1965. The first international McDonald’s was opened in 1967, in Richmond, British Columbia (a suburb of Vancouver, Canada).

And more products were invented by the chain, some of which remain iconic to this day. The Filet-O-Fish, for example, first came out in 1962.

There are also different types of food in different regions, if you’re travelling throughout the United States.

And, of course, McDonald’s offers a few seasonal options. For example, every March, McDonald’s releases the Shamrock Shake, in order to honor St. Patrick’s Day.

Once in a while, McDonald’s offers limited-time items. Their Szechuan sauce was one notable case. This sauce was originally created to promote the animated movie Mulan. Over 20 years later, the sauce was referenced heavily in an episode of Rick and Morty, and popular demand had the sauce brought back temporarily.

Regardless of where you live, you might want to know what you should expect to pay when you head to a McDonald’s. Make sure you read about up to date McDonald’s prices.

McDonald’s also occasionally offers new items. With the rise of plant-based meat replacements, McDonald’s developed the McPlant burger in 2020, and plans to release even more vegetarian options in the future.

The History of McDonald’s: Now You Know

Clearly, the history of McDonald’s is more involved than you might have thought. And, there’s so much more to learn about McDonald’s and other fast food restaurants.

Do you want to learn more about different restaurants? Some of our other food-related articles may be relevant to you.

Also read: Legal Steps to Take If You Suffered Food Poisoning in An Indiana Restaurant