A Complete Guide on How to Become a Pastafarian 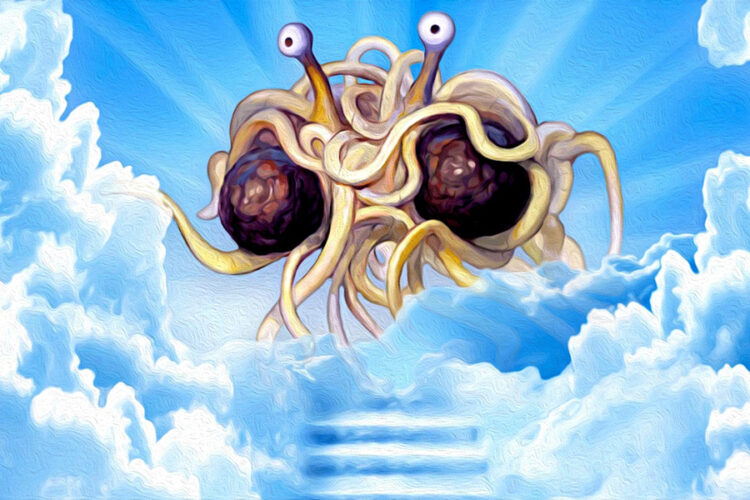 The world’s most rapidly expanding carb-based religion is Pastafarianism. The church may or may not believe in the existence of the omnipotent deity known as the Flying Spaghetti Monster (FSM), worshipped by Pastafarians. One thing is certain about Pastafarians: they love beer! Outsiders refer to the church’s members as satirists, enemies refer to them as heretics, and landlubbers refer to them as dirty pirates.

Joining The Church of The Flying Spaghetti Monster

All You Want to Do is Join The Church!

The Church of the Flying Spaghetti Monster’s (FSM) official website claims that the only requirement to become a Pastafarian is the desire to do so. Further, you don’t have to:

Learn The Basic Beliefs of Pastafarianism.

So you’ve just wished yourself to turn into a Pastafarian? Great! This is the ideal opportunity to understand what you have just agreed to. However, you don’t have to sincerely believe in them to be a member of the Pastafarian religion. Further, the following are some of its core tenets:

Read Up on Pastafarian Scripture.

You should look through any Pastafarian scriptures for an excellent introduction to your new faith. The Gospel of the Flying Spaghetti Monster, is considered by Pastafarians as the most significant book. Following a satirical open letter to the Kansas State Board of Education protesting its decision requiring the teaching of intelligent design in public schools, author Bobby Henderson’s The Quill Award-nominated Gospel was published in 2006. Moreover, the Gospel is crucial for new members since it covers the numerous facets of Pastafarian belief in detail.

Following The Principles of Pastafarianism

Wear a Pirate’s Outfit and/or Speak Like One Whenever Possible.

Similar to saints in Christianity or bodhisattvas in Buddhism, pirates in Pastafarianism have a status. All Pastafarians have to adopt pirate-style attire, speech, and behavior, especially if they intend to spread the FSM’s principles. The sheer presence of pirates helps to keep natural disasters away.

Every religion has its own annual feasts, including Pastafarianism. These important days necessitate jubilant celebration, special devotion, and humble reflection to the FSM. Further, below is a list of the key dates in the Pastafarian calendar in a concise calendar format:

Don’t Harm Anyone Who Doesn’t Adhere to The FSM.

Pastafarians have to promote the FSM in their daily interactions. But, they can’t intimidate, harass, or otherwise trouble those who disagree with it.

Aim to Enjoy Yourself Above All.

The goal of Pastafarianism is for its adherents to have fun with their religion. All Pastafarians should not take their beliefs so seriously that they are unable to enjoy a beer on a Friday afternoon as the FSM intended in his infinite wisdom. Pastafarians range from extremely casual to devoted. Moreover, never worry about practicing Pastafarianism; after all, it has a Ramadan holiday.

Becoming a Master of Pastafarianism

Pick a Pastafarian Sect That Appeals to You.

Pastafarians who want to deepen their faith might eventually decide to join a sect of it. These sects give distinct interpretations of the FSM, influencing how their members practice and perceive the world. Unless a sect violates one of the I’d Really Rather You Didn’t, there is no “right” or “wrong” sect to belong to; it is a matter of personal preference.

Use FSM Propaganda to Spread The Gospel of The Church.

The Church of the FSM encourages its members to spread its message. Further, people mostly use Propaganda in the form of leaflets, pamphlets, brochures, and other materials for this.

In the Church of the FSM, are you ready to become a leader from a follower? Moreover, it is simple and possible to become a legally recognized minister online. For your formal certificate and to include on the minister’s register, you must pay $25.