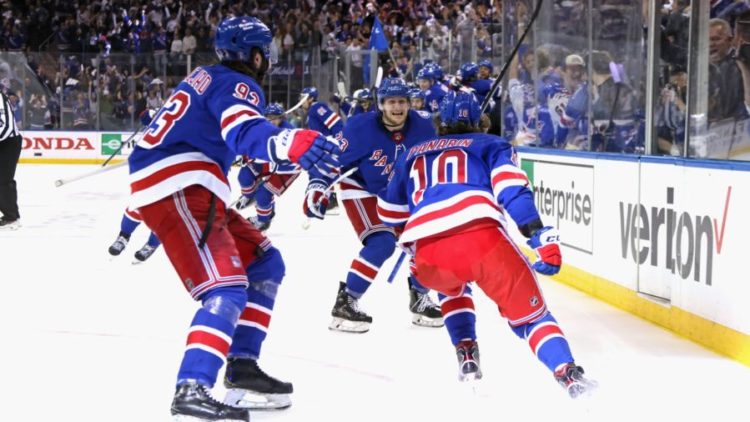 If you are following the games of lighting and rangers, then you’d know that Tama Bay Lightning are now heading to the Stanely Cup Finals. So, we should mention that it’s not a fluke anymore as they are going to the finals for the third consecutive year. After their amazing game 6 against New York Rangers, winning 2-1, the stars have made a statement.

So, if you were following the game, then you would know that Tama Bay Lightnin looked to be in a bad place following the 1st two games of the Eastern Conference Finals. Their bad performance was the reason behind their losses against New York Rangers at Madison square.

On the third game of the series, the fans of Lightning saw the momentum change. Ondrej Palat’s amazing goal with less than a minute remaining in the regulation sealed the victory. Thereafter, Tampa won the next two and thus had a chance to clinch their 3rd trip to the Stanely Cup Final consecutively.

Well, the fans saw the game on 11th June as Lightning defeated the Rangers 2-1 in the Game 6 to win the championship for 3rd consecutive year now. So, now, they will take on the Colorado Avalanche in the finals of the Stanley Cup.

A Flurry Of Memes And Tweets Followed The Victory

After the game on 11th June, fans posted a lot of memes and tweets to celebrate or express their disappointment on Twitter. Needless to say, it was a special game and more so because Tampa’s finally got it a third time in a row.

So, that’s why people had some huge expectations. Furthermore, we should also mention the fact that they were not in a great form for the 1st two games. It was from the 3rd game that they turned it around with some sheer effort and class.

Now, after winning the game against Rangers 2-1, they have surely made a statement. However, as we said earlier, the general public celebrated the victory with a flurry of tweets including memes. So, let’s take a look at what the general public had to say about Tampa Lightning’s victory.

Of course, there were a lot of fans out there who had their soul crushed by Lightning. The bolts’ famous comeback is definitely the talk of the town now. Considering the fact that they are in it for the third consecutive time makes it even more special.

A Bit On The Game

It was a thrilling game where the Lightning was relentless throughout game 6. They absolutely dominated the shots on goal total. Thus they were able to take a 1-0 lead halfway.

With less than seven minutes remaining in the game, Frank Vatrano put the puck past Andrei to tie things up a bit. However, the Rangers couldn’t have a chance of turning the tide in their favor. Why? It’s because Stamkos ensured a 2-1 lead.

So, what’s the next for Tampa you may ask. Well, they are currently looking to become the first team to three-peat as Stanely Cup champs since NY Islanders won four in a row in 1980-83. However, they have Avanalanche as their opponent.

So, we expect the game to be an exciting one. On the other hand, the Rangers will remember this run and learn a lot since they are still a young team. They have a lot of time and a chance to build a solid momentum for the next season.