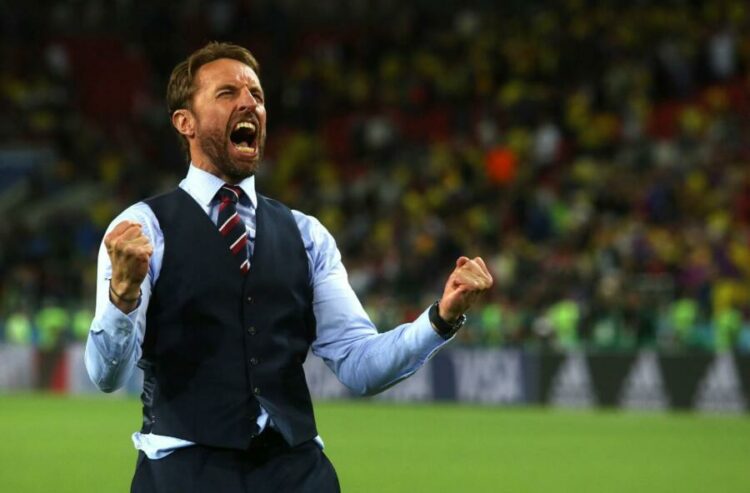 The warm-up games are over, there’s no turning back now. England head into the 2022 World Cup in lukewarm form following relegation from the Nations League, but their performances in tournaments under Gareth Southgate as well as the unpredictability of a first-ever winter World Cup means there is less to read into when looking at previous results. Indeed, there’s plenty of reasons for fans of the Three Lions to be optimistic heading into Qatar, especially after their magical run at Euro 2020.

Indeed, England’s heart-breaking loss in the final was an encouraging statement of intent from Southgate’s side, and while they are hardly favourites amongst World Cup odds 2022 the tournament still represents their best chance of winning an international tournament since the World Cup in 1966.

While the defence has come into question, England have a plethora of attacking talent that have shown they can compete at both domestic and international level. The hard part for Southgate is selecting the right combination of players, especially the centre forward.

With that in mind, let’s take a look at who could lead the line for the Three Lions in Qatar, based on their performances at club level as well as how well they’ve done in an England jersey before.

Only time will tell who Southgate selects but England are hardly short of options for places on the plane.

The obvious candidate, it’s all but inevitable that Harry Kane starts in Qatar, and the England captain is justifying his selection by continuously scoring goals for Tottenham Hotspur.

While it looked as if he was destined for Manchester City this time last year, Antonio Conte’s arrival in north London has taken both Spurs and Kane’s game to the next level, with the 29-year-old dropping slightly deeper to work as a playmaker yet still finding the back of the net with devastating efficiency. Six goals in Russia won him the 2018 World Cup Golden Boot, although Kane will want to lead his country one step further than their semi-final exit to Croatia last time out.

The other striker built in the mould of a more traditional English number nine, Tammy Abraham’s stock has risen since switching Chelsea for Roma in 2021. The Cobham graduate, who found game time hard to come by once Thomas Tuchel arrived at Stamford Bridge, took the brave step to leave the Premier League, joining José Mourinho in the Serie A.

Becoming a fans’ favourite at the Stadio Olimpico, Abraham was part of the side that won the inaugural UEFA Europa Conference League and will want to replicate those performances in an England shirt. Tall, powerful, and demonstrating clever movement, he’s a suitable understudy for Kane when Southgate wants to freshen things up.

Despite not getting any game time after his maiden England call-up, taking Ivan Toney to the World Cup could provide something different for Southgate in Qatar. A player that worked his way to the top through climbing the football league pyramid, Toney has stamped his authority on the Premier League with some good performances in a Brentford shirt, and has warranted his selection even if it is left of field.

While there are a variety of attacking midfielders like Phil Foden and Mason Mount that can occupy similar positions with better technical ability, Toney will offer grit and determination that is unconventional in international football. He’d be awkward to play against and his ability to convert chances means he could be a good inclusion come November should he keep scoring for Thomas Frank.

Perhaps the biggest outsider, the only thing that has held Callum Wilson back after making his England debut has been his fitness. The closest thing Southgate has to a replacement for Jamie Vardy, who retired from international football after the 2018 World Cup, Wilson has been a consistent goal scorer for Newcastle United when his availability has permitted.

It’s that doubt over his fitness that could cost him a place on the plane but throwing him on against tired legs is far from the worst option given his impressive debut goal for England against the United States and his record for Eddie Howe at St James Park.