Take a Look at The FIFA World Cup Odds, Predictions for This Year’s Showpiece of Sport 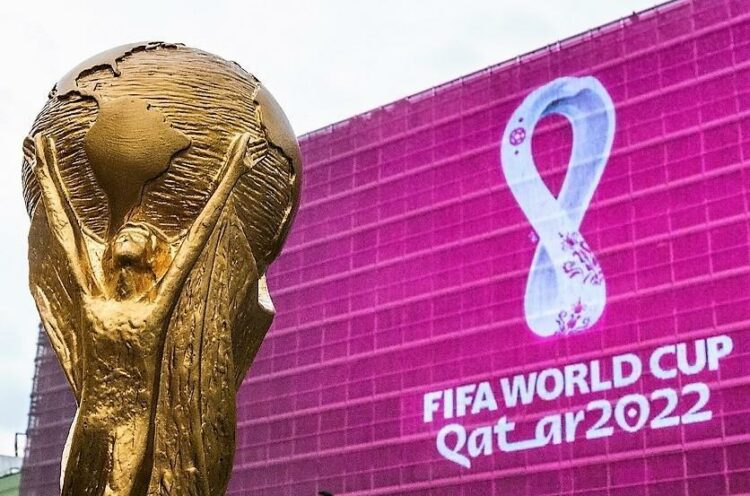 Soccer is arguably one of those few sports in which almost everyone has a team that they passionately support. Yet this November and December, a global audience will be transfixed on 32 nations, including the underdogs of Australia, as they tackle the FIFA World Cup finals in the sweltering heat of Qatar.
Italy, the four-time World Cup winners, are missing for the second tournament on the bounce. However, to every Aussie soccer fan, their focus will be on the Socceroos flying the flag for the Down Under by competing in their fifth successive appearance at football’s highly-lucrative competition.

Nonetheless, the odds are heavily stacked against Australia, who secured their place at Qatar via a 5-4 penalty shootout success over Peru following a scoreless draw in their inter-continental playoff in June, as they find themselves in a tough group. The Socceroos are in familiar territory in Group D with former champions France, Denmark, and Tunisia. Only the top two teams qualify for the last 16 knockout stages.

With the world’s top teams seeking glory in front of an audience running into billions, we will all be kept glued to our seats until the final whistle is blown.

World Cup finals often spring surprises, so would you like to know about the odds, predictions, and trends from Australian bookmakers for online betting at Qatar 2022 – which kicks off on 20 November?

Here we consider who could be the Group winners and the eventual winners of the 22nd World Cup finals.

Lowdown of the Groups

Hosts Qatar will kick off the 2022 World Cup finals when they face Ecuador. Qatar have been camped in Austria for months to hone their squad. Qatar and Ecaudor are joined by the Netherlands, and by Senegal, who won the 2021 African Cup of Nations.

England seem to believe that they have a shot of making an impact. Wales are making a rare appearance on this stage and could match their neighbours. The US stuttered throughout their qualifying campaign with experimental sides. Iran, just outside the world’s top 20, have only recorded wins over Morocco and the US from five appearances at the World Cup finals.

Argentina and Poland will square off in the group stage for what will be their first encounter since the South Americans claimed their inaugural World Cup victory in 1978. Saudi Arabia, who last reached the knockout stages in 1994, topped their qualifying group. Mexico supporters are upset at their side’s inability to bag goals this year.

France, Australia and Denmark were drawn together in the same group for the 2018 World Cup in Russia. Australia ended up propping up the table with just a point from their 1-1 stalemate against Denmark, who finished runner-up to eventual champions France. Tunisia return to the stage for a sixth time, having already this year stunned Chile and Japan to capture the Kirin Cup Soccer crown for the first time.

Spain and Germany, who have both lifted the World Cup five times, are joined by Japan, who came perilously close to delivering the knockout blow to Belgium at Russia 2018, and Costa Rica.

Belgium and Croatia are considered the giants in this group, the latter finishing runner-up at Russia 2018. Yet Canada have raced up the FIFA rankings over the past year, so are a dark horse while Morocco are currently managerless..

Brazil, Switzerland, and Serbia tackled each other at the group stages four years ago. Brazil are long overdue success as they last won the World Cup in 2002. Serbia stunned Portugal 2-1 to qualify automatically, while Switzerland headed their qualifier group like clockwork ahead of European champions Italy. Cameroon will be representing Africa for a record eighth shot at the World Cup finals.

Two-time champions Uruguay eliminated both Ghana and Portugal from the 2010 World Cup finals, but a dozen years on will history be repeated? South Korea were impressive on the major stage last time, which included a 2-0 success over Germany.

Some Significant Aspects of Qatar 2022

As this global showpiece is held only once every four years there are plenty of new markets to explore to bet upon, with odds that can be tricky to ignore.
As well as usual odds for the correct result and score, there will be offers on the starting line-up, the oldest player to score, penalty shootout predictions, and the winner of the Golden Boot –  to name just a few.

World Cup records being broken, such as Brazil having received 11 red cards, will be among the special odds that bookmakers will present to potential punters. For fans who wish to showcase their knowledge and take a punt, there is not such a high risk at Qatar 2022 as modern technology will be in place to assist referees during games. This means there will be bets on officiating decisions such as goals, offsides, penalties as well as yellow and red cards.

It’s certainly worth checking out the latest odds to find a deal before putting down your stake on which of the 32 nations will be crowned 2022 World Cup winners.

What are Popular Bet Trends to Watch?

There tends to be a big surprise at the World Cup finals, with an underdog soaring into the quarter-final stage. As the leading nations boast big-name players, valued at millions, then sportsbooks tread cautiously to favor these.

Brazil kick-off the 2022 FIFA World Cup as the favorite side at 9/2 (5.50) to win the entire tournament, with skipper Neymar in charge of a star-studded side aiming to win for the sixth time.

Hot on their heels are France, who as reigning champions will not wish to relinquish their treasured crown. A plethora of talent and having the experience to win the last World Cup makes Les Bleus a standout punt at 11/2 (6.50).

Bookmakers always give England high hopes at major tournaments, yet this year there seems to be more belief to push for glory with odds as low as 11/2 (6.50) for the Three Lions to triumph.

Spain are constantly in the mix on the big stage, and they waltzed through their qualifying campaign. Although they lack the star quality of rivals, they gel as a team and have a burning desire to repeat their feat of winning the 2010 World Cup in South Africa at 8-1 (9.00).

The usual suspects of Argentina, Belgium, Germany and Portugal are in mix, all hovering around odds of 12-1 (13.00),

Sides such as Canada and Qatar should not be written off before a ball has been kicked. They are highly unlikely to clinch the crown, but both nations could cause upsets. Canada’s odds are 150-1 (151.00) to win the tournament, while Qatar are based on a long-term training camp in Austria, to become a well-oiled unit and are 350-1 (351.00).

Fortune may favour the brave for this illustrious sporting occasion, both on the pitch for players as well as for those punters – especially those with football knowledge – who can spot their dream bet that the bookmakers were perhaps too cautious about.