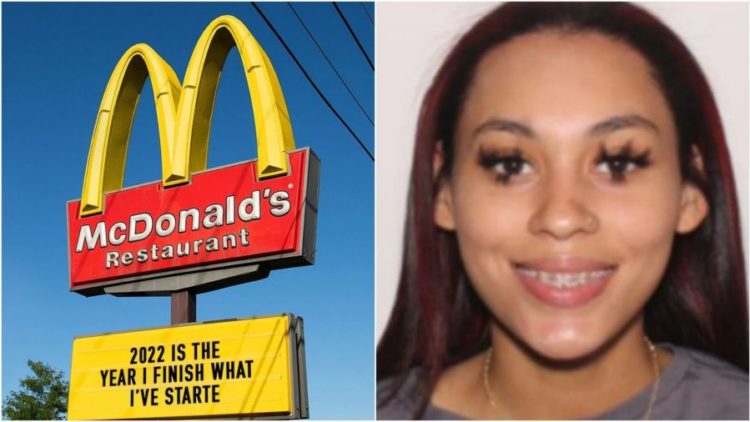 There are many people who have not yet identified the need for anger management. Their anger easily carries them away. At times they do extreme things for which they land up in great trouble. Such an incident occurred recently with Tianis Jones. According to Polk County Sheriff’s Office, she is a resident of Lakeland, Florida. The deputies of the Polk County Sheriff’s Office are looking for her. A camera recorded Jones as having an “outburst” at McDonald’s on Thursday, May 19. Read the article to discover more on the topic.

Anger is a disastrous thing. In fact, research and studies are going on about anger management. Numerous people have turned to yoga as and meditation in order to manage their anger issues. Still,

What The Sheriff Said

According to the deputies, Tianis Jones, a lady of 22, got furious after her drive-thru order was messed up. She stormed into the restaurant and started throwing tantrums at the restaurant staff. In fact, she was so furious that she was seen twerking aggressively at the employees of the restaurant, to express her anger.

On May 20, 2022, Polk County Sheriff Grady Judd jokingly commented during an interview that Jones was “McMad”. He admitted the law-keeping authority had issued a warrant for her arrest. He also briefed the matter. According to him, Jones got furious after she didn’t receive her order on time. He also confirmed that Jones aggressively twerked at the employees. Interestingly, Jones is also pregnant. He also added that Jones’ actions are outrageous as the restaurant is a place where children also visit. According to Judd, Jones also threw some items on the floor rendering them unusable. In this way, she caused damage worth around $100.

Jones also has the charge of burglary against her name. Judd said that she became a “McBurglar” as she was seen walking behind the counter and throwing a few cups. Grady Judd again jokingly commented that her aggressive behavior has landed her into a “lot of McTrouble.”

Why was Jones Angry?

According to reports, Jones became frustrated with the time it took to deliver her drive-thru order. She went straight into the restaurant to vent her anger. The deputies said that she threw a few bottles and a plastic sign at the employee. Then she went behind the counter and threw some drinks on the floor. A relative of Jones tried to calm her down. But Jones instead called 911.

When she was asked to leave the dining room thrice, she ranted that the employees don’t know how to run the restaurant. She also mentioned that she is 5 months pregnant.  According to the deputies, Jones’ relative finally persuaded her to leave McDonald’s.

Also read: The Spine-Chilling Details About Lori Vallow: The Cold-Blooded Murderer of Her Children

Grady Judd later tweeted to let us know about Jones’ arrest. Check out the link below for the tweet:

People took to Twitter to react to Jones’ behavior.

Tianis Jones has landed into serious trouble. On 19th May, she burst into a McDonald’s and aggressively treated the employees. She got furious with the time that the employees were taking to get her order ready. The 22-year-old pregnant lady wreaked havoc in the restaurant. She threw bottles at the employees and even wasted items worth around $100. She even pulled out her dress and twerked at the employees to express her anger.

Also Read: The Spine-Chilling Details About Lori Vallow: The Cold-Blooded Murderer Of Her Children