The Spine-Chilling Details About Lori Vallow: The Cold-Blooded Murderer of Her Children 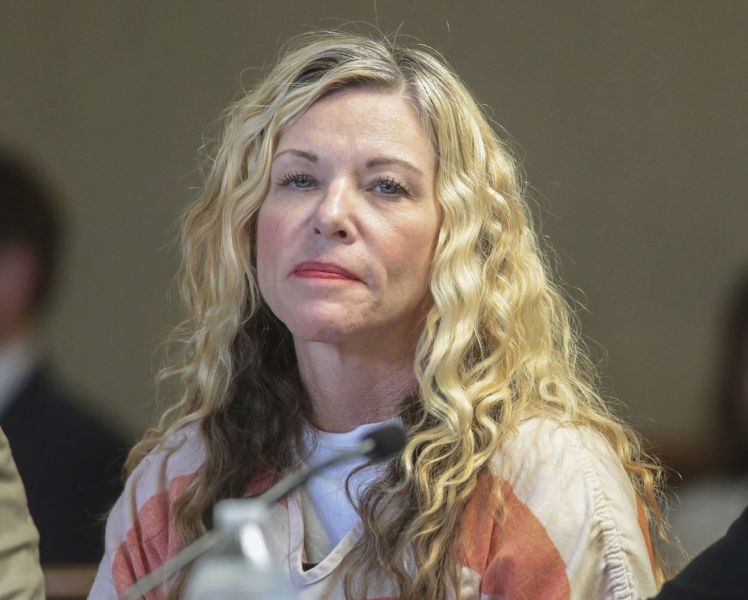 Often we come across incidents that create a chilling effect on our bodies when we read about them. Those tragic cases remain forever etched in our minds; however hard we try, we cannot forget about them. So when we talk about such cases, the name that tops the list is Lori Vallow, the mother who allegedly killed her two children. The incident took place a few years back in 2019 in Idaho, United States. As per the sources, the two siblings, Tylee Ashlyn Ryan and Joshua Jaxon or “J.J” Vallow, disappeared in September 2019 from Chandler, Arizona. Later, the police found them dead in June 2020 in Rexburg, Idaho.

So would you like to know more details about these spine-chilling murders? Today, we will not only discuss some of the relevant aspects connected to the tragic murders but also what Lori Vallow’s son Colby Vallow shared about his “cult mom.” Let us find out!

Some Significant Details About The Sibling’s Murder

Usually, we read about such murders in crime thriller novels, or watch them unfolding on-screen, where a mother brutally kills her children. However, this incident proved us wrong that in real life also, such incidents might happen.

In September 2019, two American children from Chandler, Arizona, disappeared, and later the police found their bodies in June 2020 in Rexburg, Idaho. As per the sources, people saw Tylee Ryan, 16, at Yellowstone National Park on September 8, 2019. Her younger brother Joshua “J.J,” 7, was last seen alive on September 23, 2019, at Rexburg’s Kennedy Elementary School. Initially, his relatives reported that he had been missing since that day.

So after the children went missing, police questioned Lori Vallow, the children’s mother, about their whereabouts. Both Lori and her new husband Chad Guy Daybell claimed that J.J was staying with his family friend Melanie Gibb in Arizona. However, when the police enquired about it, Gibb told the police that Joshua was not with her and had not been there for several months. At the same time, the police could not locate J.J’s sister Tylee. So yes, there were indeed several complications in the matter.

After receiving some strong evidence against Lori Vallow, the police arrested her on February 20, 2020. Furthermore, they charged her with allegations of deserting and not supporting her dependent children. Moreover, when the police executed a search warrant at Chad’s home, they discovered the remains of J.J and Tylee. They arrested Lori Vallow’s husband for destroying or concealing evidence. Let us find out some more spine-chilling aspects about the murder of her son Colby Vallow.

Also read: Why Did Chris Watts Kill His Family?

How Was Lori Vallow Able To Conceal Her Heinous Crime?

Many of you might have this question on your mind about how Lori Vallow, the mother of the kids, could hide the truth of murdering her children for so long. Let us share with you what her son says. As we mentioned earlier, the two kids disappeared in September 2019.

In fact, for several months, there was no news of them anywhere. However, Lori had tried to make people believe that they were safe and living with her family members in Arizona. But she refused to share any details about where they were and whose house. At the same time, she also ignored a court warning to produce the kids in front of the court.

So it was at this time that, out of growing concern, Colby went to see his mother and get some info out of her regarding their whereabouts. “I asked her 100 times, ‘what’s going on?’” Colby told in an interview. The only answer he ever got from Lori Vallow was that ‘everything’s going to be revealed soon.’ Naturally, this disappointed him, and he left. He repeatedly went to his mother to seek the answers but found none.

When Did The Truth Come Out?

As we just mentioned, Colby was repeatedly trying to find out the truth; however, he could not do so. So for the next four months, he was entirely in the dark about his siblings’ well-being.

Finally, the investigators made a horrifying discovery on June 9, 2020. This happened shortly after they got a search warrant, searching Lori’s husband’s home in Idaho. So as per the sources, it was in the property’s backyard that the police found two sets of human remains buried in shallow graves. The forensic experts soon confirmed that these bodies belonged to Tylee and J.J.

The matter turned even more gory and horrifying. It is unimaginable how a mother can do such a thing to her children. Tylee’s remains were already dismembered and burned. Meanwhile, the police found J.J wrapped in reams of duct tape and stuffed in trash bags beneath the earth. Let us find out more about how the police apprehended Chad Daybell.

After a desperate game of ‘hide and seek,’ finally, the police were able to uncover string evidence against Lori Vallow and her husband, Chad Daybell. Yes, the police took them into custody. In fact, there were many charges against them related to the kids’ deaths, including first-degree murder and conspiracy to commit murder.

Furthermore, police believed Lori’s brother Alex Cox was also behind all the murders as an accomplice. However, he was able to escape the charges after his sudden death in December 2019. As per the sources, his death was due to “natural causes” due to high blood pressure and blood clots affecting his lungs.

What is more shocking is that just five months before his death, we heard that Cox had shot and was responsible for the death of Lori’s fourth husband, Charles Vallow, during an altercation. Even though police had initially ruled that Cox had acted in self-defense, however, the situation was different. So it was after the discovery of the body remains of J.J and Tylee the police reinvestigated Cox’s case.

It was indeed devastating for Colby to learn about the tragic deaths of his siblings. What was more miserable was the involvement of his own family members. Even though he could understand that something was wrong, not for once did he expect that his mother could do such a thing?

So as we conclude, we can say that Lori Vallow is one of the rarest mothers who can commit the crime of murdering her own children. Mothers are the first caregiver of a child. Therefore, we can never accept the fact that she could do such a thing. Well, exceptions do exist in everything, right? Lori Vallow’s murdering her children is one of them.