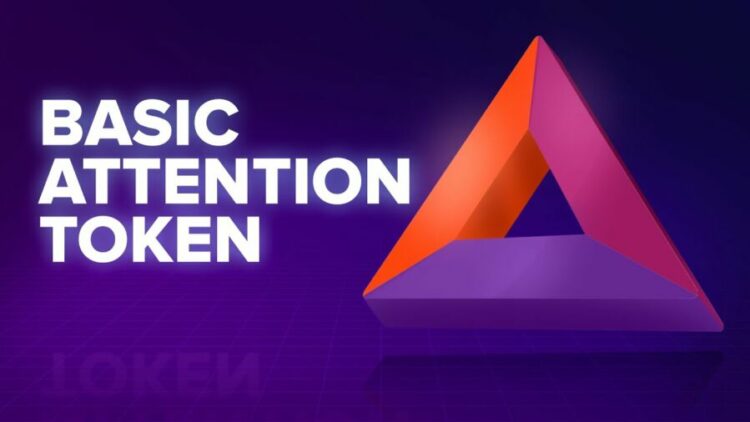 Bitcoin is just a small part of the cryptocurrency universe. When it comes to cryptocurrencies, the Ethereum blockchain is used for software-based contracts, whereas Bitcoin and its offspring and offshoots are utilised to transfer value. The Basic Attention Token (BAT) is one such cryptocurrency.

Bitcoin’s arrival has opened various opportunities for other cryptos to thrive and make something of their own. According to Bitcoin Loophole, today there are thousands of cryptocurrencies to choose from, with a total market cap of $3 trillion. BAT is but one of the newer players in this highly competitive field.

Brave’s native cryptocurrency is the Basic Attention Token (BAT). Based on the Chromium open-source version of Google Chrome, Brave aims to be a privacy-focused web browser. The browser’s built-in “shields” function prevents most advertising and tracking cookies, ensuring an ad-free experience. How can websites and content developers generate money if they don’t have advertisements? Here, BAT comes in.

The Basic Attention Token is created on top of Ethereum according to the ERC-20 standard. The cryptocurrency is a “utility token,” which is a sort of cryptocurrency with a particular function in mind. New advertising-income models may be built using the BAT crypto, which protects users’ privacy and freedom of choice.

By clicking on the non-intrusive adverts that display while using Brave, users may earn BAT money. This Basic Attention Token (BAT) may then be used to send tips to the content producers who have made an impact on their lives. Another option is to purchase BAT on an exchange and hold it in their browser’s wallet, which will provide them with a bigger pool of tokens for tipping.

How Does It Work?

The Brave browser is powered by the BAT currency (though Brave users can opt-out of the BAT coin advertising model entirely and not even touch the BAT crypto wallet if they choose). While surfing the internet, users of the Brave browser will get push notifications with advertising from third parties. The ad’s snippet is included in the notice. It’s up to the user whether or not to click on the notice and see the full advertising.

They’ll get some BAT if they click on the ad. Uphold, a business that develops wallets for fiat and crypto hosts the wallet where the coins are put.

The BAT wallet may be found in the Brave browser. A BAT tip may be sent to a website’s creators if a user likes the content they’ve produced. There are two ways to accomplish this: manually, one tip at a time, or automatically, with users deciding to give a fixed amount of BAT each month.

The Brave browser, for example, has a “Tip” button that transfers BAT straight to a Twitter user when you touch it. Streamers on Twitch and YouTube have access to the same features.

The money will be put into the wallets of confirmed Brave content creators. In the event that a website has yet to be confirmed, the coins will be stored in a wallet for them.

An advertising experience that does not breach users’ privacy and rewards them for their time is the goal of the Brave browser.

The adverts you view on a normal browser on a typical website without a paywall might be considered “free” in certain ways. Display advertisements, pop-ups, and autoplay videos may all be found on a single site. This advertising, according to Brave and BAT, isn’t really free at all. Advertisers that pay the “publisher” — i.e. the website — for the privilege to control your senses and mental capabilities are getting their money’s worth from you.

In order to avoid normal advertising spying on websites, Brave restricts trackers and completely bans certain adverts. Another claim made by Brave is that it doesn’t track your surfing history, unlike other popular browsers.

As a bonus, Brave users may enrol in the “Brave Rewards” program when they download the browser. The “attention you spend on sites you visit” will be tracked by Brave (on your device’s local storage only). Changing your browser’s ad-blocking settings will earn you a BAT coin, which you can then use to pay content producers you like using BAT from your wallet.

Before creating Brave, Brendan Eich and Brian Bondy had lengthy and distinguished careers in the software business before collaborating on the project that would become the Brave browser and BAT token.

Brave Software, Inc., the parent business of Brave, was created in May 2015 by Brendan Eich as its CEO. In 1995, Eich was the founder and CTO of Mozilla, where he pioneered Javascript, which he used to create Brave. He was instrumental in the 2004 introduction of Mozilla Firefox, which has since grown to be one of the most widely used browsers on the internet.

As Brave Software’s CTO, Brian Bondy has a lengthy background of working in the software industry.

When the “initial coin offering” (ICO) of BAT crypto took place in May of 2017, it sold 6,400 BAT per 1 ETH. In addition to raising money for a business or project, ICOs might provide prospective consumers with the opportunity to participate in the initiative. About $36 million worth of Ethereum was raised in about 30 seconds, demonstrating the fervour surrounding Eich’s idea and credentials in the crypto community.

Is It a Good Investment?

Using BAT to tip content authors is possible. For the time being, suggestions may be directed to certain Twitter individuals or to specific websites. Brave browser users may now earn BAT by clicking on ads.

Speculators might utilise BAT to purchase cheap and sell later at a higher price in the hopes of making a profit.

Even though Brave specifically states in its whitepaper that BAT tokens are neither “securities nor for speculation,” the price of BAT rises and falls with the price of Ethereum, which has a fixed exchange rate of 6,400 BAT for every ETH.

Investing in altcoins is often considered speculative and risky. There aren’t many other options for the ordinary investor that come with such high levels of uncertainty and risk.

Those with the funds and risk appetite to take a chance on BAT should complete their due diligence to learn all they can about the BAT cryptocurrency, including how it operates and what it was built for. It’s a standard piece of investing advice to never put more money on the line than you can comfortably lose.

Also read: The Race To Build The Best Blockchain: Solana Vs. Ethereum