A Recent Change in Whiskey Glass 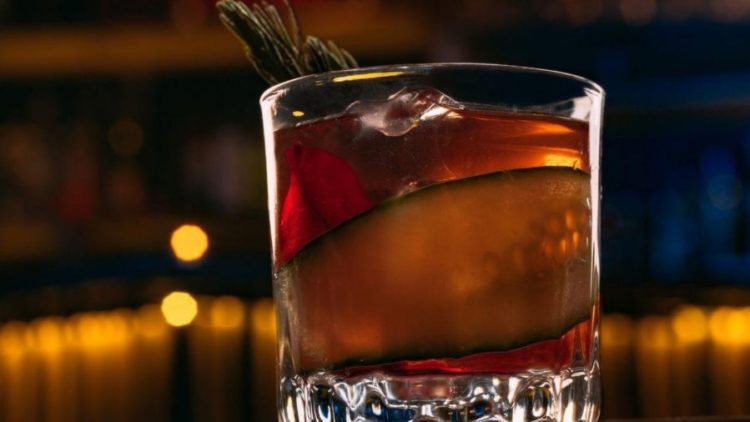 16th Century, Wooden cups were introduced to the world in the 16th century, when whiskey drinking vessels were developed. The tiny wooden cups that were traditionally used for serving whiskey were replaced with larger ones soon. The quiach, which originated from the Gaelic word cuach, which means a cup, was the only drinking vessel used for whiskey during the 1600s.

Wood staves were used to construct it, and both sides were adorned with small handles. It was made to resemble a bowl. Occasionally, silver quiaches will be engraved with patterns or even fashioned to mimic wood in some instances. Social gatherings often included the use of these bowls, as well as whiskey.

As a result, they made statements. “Quiachfulls’ ‘ of whiskey were served during the 17th century as a denotation of one gulp of whiskey at the beginning and one at the end of social gatherings.

A Recent Change in Whiskey Glass

Several types of glasses were created so that single malt whiskey could be sipped to its fullest. In order to deconstruct their components and understand their flavors, it was crucial to observe them in their natural state. Reidel first introduced its single malt whiskey glass over two decades ago. A panel of whiskey experts gathered in the Riedel headquarters in Austria in 1992 to test whiskey glasses.

18 different shapes of glasses were presented to experts. Georg Riedel met with Scottish master distillers to learn more about whiskey glasses in response to the panel’s comments. The body of the glass was elongated and had a thistle shape due to the stem that was truncated at the bottom.

Drinking whiskey from this glass has since become popular.

There has apparently been some infighting over the last decade or so Glencairn glass has quickly become an industry standard. 2001 was the year Glencairn was officially launched. It has since been embraced by distilleries, tasting rooms, and whiskey enthusiasts in Scotland and Ireland. A serious whiskey tasting today would not be complete without the Glencairn glass.

The enthusiasm we have for this 21st century tumbler makes us think it will stand the test of time. The whiskey tasting design created by Davis will dominate the next few centuries. In the 1980s, Raymond Davis noticed a bottle of whiskey lacked an official glass, as other spirits did (so it would have been before Riedel experimented).

Wine, beer, brandy, and other spirits had their own glasses, and whiskey was served in tumblers, jelly jars, and anything lying around the house. Made by Davis was a glass.

There were five distilleries in Scotland receiving grants. Allied Distillers, Whyte & Mackay, Richard Paterson from Whyte & Mackay, and John Ramsey from Edrington worked with Davis’s sons to refine the design under the guidance of Robert McNelroy and David Stewart from Diageo. Davis’s original became slightly bulbous as a result.

“The first Glencairn glasses were delivered to Whisky Live 2001 by 1,500 handcrafted individuals. Our production increased despite its popularity. Such a large commitment was made by a small company. The most expensive part was marketing a glass that we developed and produced using our own design department.”

The tumbler revolution brought about a wide variety of new glasses being produced in the 19th century.

During the 19th century, tumblers challenged quaichs on the scene, putting an end to their monopoly. Tumblers gained popularity as a result of the expansion of commercial glass production. Various alternatives to the tumbler have been introduced since the 1990s.

In the early 1990s, Scotch whisky was largely about blends, and there were few malt-lovers. The extraordinary growth in interest in malt whisky since then can greatly be attributed to the popularity of blends.

As interest has grown in malts, the category has seen innovation and specialization. The most knowledgeable fans also chose malt whisky as their favorite category. In order to enjoy flavor, it has become a fundamental aspect. Every nuance of the product was assessed, and it was then recorded (of course) in a tasting note.

We were also able to understand how the characteristic characteristics of a flavor profile were created by breaking it down into its components.

As a result of this detailed approach, more interest was generated in the glassware used at tastings, and as the range expanded, there were more choices available.

Where to buy Whiskey glass

There is no shortage of ecommerce apps in the United States. You can order food from grubhub and doordash and alcohol from gopuff. Applications like Amazon, Walmart, crateandbarrel, huckberry, and many online stores where you can buy whiskey glasses. Reidel and glencairn are the two most famous brands where you can get the new whiskey glass.