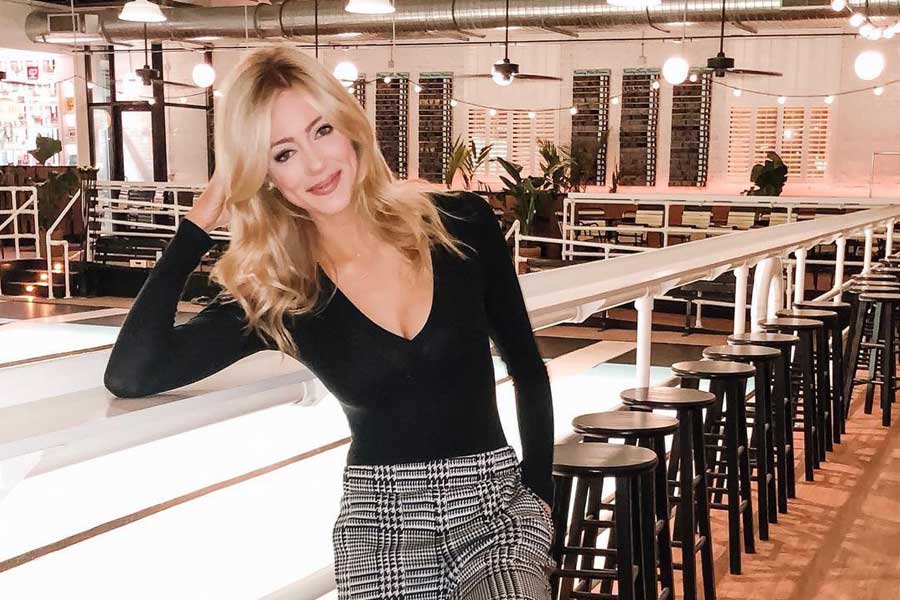 Abby Hornacek is a journalist as well as a popular media personality. She is the daughter of Jeff Hornacek who is a former NBA player and sports personality. Abby is also famous for her beauty and smile. After her studies, she gained lots of public notice when she turned to a career in media. From her young age, she had the vision to become a journalist and media host and now she has a job in one of the popular channels in the TV industry.

To know more about the popular celebrity kindly read the information given here.

Abby’s birth date is 25th April 1994 and her place of birth is Paradise Valley. She is now twenty-six years old. From a young age, she had an interest in media hosting and that is why she made it her career. The name of her father is Jeff Hornacek and the name of her mother is Stacy Hornacek. They got married on June 7, 1986.

She has two elder brothers named Ryan born in 1989 and Tyler who was born in 1990. There is not much information available about her family other than her famous father but we can be sure that they are close as a family.

Abby spent her childhood in Utah and then their family shifted to Arizona when her father got retired from his sports career. She attended the Xavier College Preparatory located in Arizona. Then for her higher studies, she went to Southern California University located in California. In the University she did Broadcast Journalism.

So from then on, she preferred to have a career at Journalism. She played volleyball when she was studying at her university which shows that she got interested in sports like her father. Then after she graduated from university her journey began.

When her father worked as a coach after his retirement she opted for the career to become a media personality and host. Abby has good knowledge about the sport as her father is a basketball player as well as a coach. At first, she was an anchor for the TV Station operated by students when he was at the University. So using her talents and skills she worked for another student-operated channel the Annenberg TV. As she had a lot of natural beauty she came in third place at a beauty pageant also.

Then she became a familiar name because of becoming part of the NBA summer league that happened in 2016. From the stadium, she hosted the happenings directly. During 2016-18 she hosted the Drone Racing League. Abby also worked parttime for ESPN.

Then she received a great opportunity to be the reporter for Phoenix TV. Then after this, she received lots of followers on Instagram too. She also hosted the “Ride to Work” and “American Arenas” programs. Now in 2019, she is working with the Fox channel.

The successful host has got many awards for her work. She got the Pi Eta National Honors Society Member and also Order of Omega. She is a really talented person because in just a few years she worked with different channels as a host.

Abby has more than 45k followers on Instagram. She had a foot injury during her younger days so she was not able to give more focus to sports. Abby has a close bond with her father and mother. She posted a picture of her dad and herself on Instagram wishing him for his birthday. During the recent Mother’s Day, she posted the picture of her mom and herself and appreciated her mother for all her essential lessons in life.

She also has a good friendship with her brothers. She posted a picture where she is standing in the middle of her two brothers and the caption said “Brothers like no others”.

As she is a popular TV host she is earning $55,294. As per some of the sources her net worth comes to the amount $1 Million. The net worth of her father is huge which is $8 million and his earnings per year are $2 million. As he was a good NFL player and now a coach this is not a surprising fact. The net worth of Abby will also increase in the future as she has many projects up her sleeve.

Abby Hornacek is well known because of her father but she is now a popular person herself. Her profession as a media host will take her to great heights and there is no doubt about the fact.