ADA and ETH: One of These Things is Like the Other 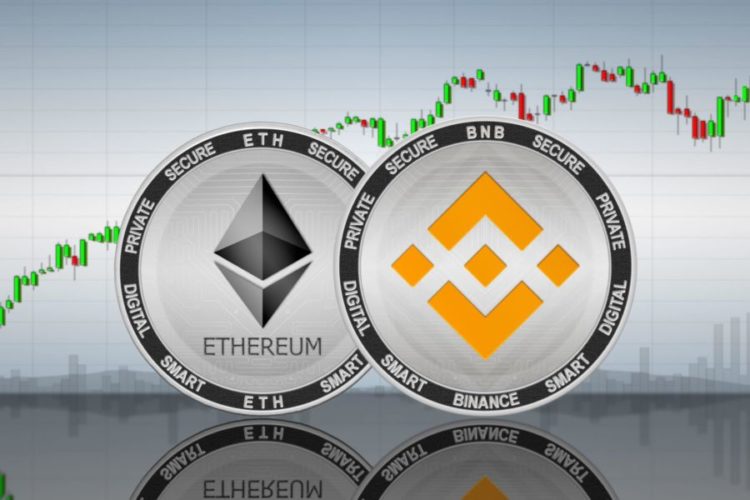 When people talk about the future of crypto, the two altcoins mentioned the most tend to be Cardano (ADA) and Ethereum (ETH). But why is this? In a world with so many altcoins – over 5,000 to date – why is there so much buzz surrounding these two in particular? And why are they often compared to one another? There are, in fact, several reasons why ADA and ETH have dominated the thoughts of Crypto Twitter and crypto influencers for so long.

It’s a Matter of Use Cases

Although there are many projects out there in the crypto universe, the fact remains that very few of them are actually useful in some way. Cardano and Ethereum, however, are both inherently useful and bursting with potential. Within the past year, for example, ETH has powered the growth and subsequent explosion of NFTs (non-fungible tokens) onto the crypto scene. DeFi (decentralized finance) is another buzzword that has burst onto the mainstream financial media’s radar. Of course, Ethereum is the major player in DeFi at this juncture.

With the use of smart contracts, it seems as if there is no limit to what can be accomplished with ETH. Now that Cardano has some smart contracts ready to go, it makes sense that people are heralding all of the potential use cases. Undoubtedly, it is an exciting time for crypto. With mass adoption on the horizon – and even the mainstream media talking about the best coins to stake – blockchain is the buzzword on everyone’s lips.

There is no doubt that smart contracts in general possess the potential to truly transform the online landscape as we know it. After all, taking out third parties – or “middlemen” – is one of the distinct advantages of blockchain in general. Smart contracts eliminate the need for attorneys and other intermediaries.

In addition to being open source and decentralized, Cardano also has something else in common with Ethereum – Charles Hoskinson. As one of the original eight ETH founders, Hoskinson eventually butted heads with Vitalik Buterin and then left. Although Hoskinson and Buterin’s feud was reportedly about being for-profit or non-profit – with Hoskinson advocating for the former – it would appear that Hoskinson is still excited about the democratization of blockchain. In fact, this seems to be a major theme with Cardano.

For this reason, Hoskinson decided not to seek out venture capital for ADA. Although their differences may have led them apart, at the end of the day it seems that Buterin and Hoskinson share some common ideas when it comes to the future of blockchain and crypto.

Because both projects are open source, users can build decentralized apps (dApps) using either Cardano or Ethereum. In a time when dApps are all the rage, this is certainly a huge advantage over the vast majority of projects out there. However, neither Cardano nor Ethereum are perfect projects. With both, there is room for improvement. For Ethereum, the most important event will be when it switches from Proof of Work to Proof of Stake. This has been a long time coming, and it will address many of the challenges that users have with ETH. Especially with NFTs becoming so popular, ETH’s exorbitant gas fees have taken a toll on its reputation.

With the Ethereum team stating that the big transition will take place sometime in 2022, everyone in the crypto space is on tenterhooks when it comes to prognosticating about the ultimate result. After all, with such a huge project making a monumental shift like this, there are bound to be some growing pains along the way. At this point, Cardano’s great advantage is that the network already uses Proof of Stake so there is no need for any such transition. When Ethereum switches and both platforms are using Proof of Stake, however, it is likely that people will see even more similarities between the two.

As cryptocurrencies begin to go more mainstream, it seems likely that ETH and ADA investors will continue to overlap. Although these projects are different, they are more alike than not. After all, people see a real future for both of them. With some influencers arguing that Ethereum could eventually become bigger than Bitcoin – and with chatter starting to mount that Cardano could eventually top BTC as well – the sky’s the limit for both of these projects.

Although crypto is still the Wild West, savvy investors are starting to see patterns. To these investors, both ADA and ETH seem like good projects still. It’s why both have attracted a lot of attention from mainstream investors – and why both are available for purchase on some of the world’s best-known exchanges. In a world that is constantly evolving, the fact that both Cardano and Ethereum have retained excitement is truly telling.