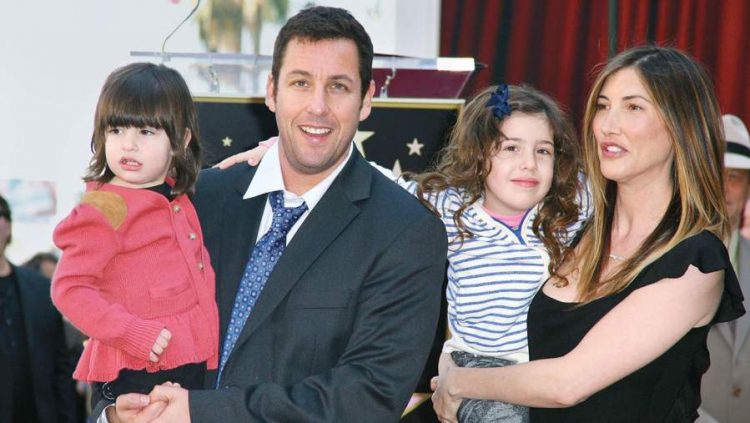 Adam Sandler is a popular actor, filmmaker and comedian. He came in the Saturday Night Live from 1990 to 1995. Then he got the chance to act in many films that made him a popular hero. He is best known for his films like Billy Madison, Mr Deeds, The Longest Yard, Hubie Halloween and more. He is fifty-four years old now. His humorous activities in the film have earned him a lot of fame and name. Then he acted in an Oscar-worthy film called Uncut Gems in 2019.

Know all the details about the amazing Adam Sandler here.

The birth date of Adam Sandler is September 9, 1966, and his birthplace in Brooklyn, New York. The names of his parents are Judith “Judy” who worked as a nursery school teacher and his father is Stanley Sandler who is an electrical engineer. He comes from a Jewish family. He spent most of his childhood years in Manchester, New Hampshire. Then he went to Manchester Central High School. When he was a teen he was part of BBYO. In 1988 he graduated from New York University.

In 1987 Sandler played as the friend of the main character in The Cosby Show. Then he debuted in a film called Going Overboard. He also performed in several comedy clubs. Then comedian Dennis Miller asked him to take part in Saturday Night Live. In the 2000s he did many hit movies. Adam Sandler movies like Just Go with It and Blended had a family theme and also a lot of comedy.

Then he appeared in the Grown-Up movie and its sequel that earned a lot of reception from the audience. From 2016 to 2018 he released some of his films in Netflix like Murder Mystery, The Week Of, Sandy Wexler and more. In 2019 he starred in a crime thriller called Uncut Gems. Many people called it one of the best characters of Sandler.

Adam Sandler wife is ‘Jacqueline Samantha’ Jackie Sandler whom he married in 2013. Adam Sandler kids with her are Sadie and Sunny. His wife and children often make an appearance in his films. Adam Sandler biggest worry about his children is that they will become spoilt. As he is a popular man and has lots of money to spend on his kids he worries that they will become used to the privileged life. They are not aware of the hardships he went through to get here.

The net worth of Adam Sandler

Adam’s net worth is 420 million USD. His acting career made him rich. He owns the exclusive and expensive golf cart that is only owned by some privileged people in the world. He has a large home in Bel Air, California. Then he has a 12 million USD house in LA. He is also a car enthusiast and owns cars like Dodge Challenger SRT, Cadillac Escalade Hybrid and more. He has also donated a lot of his earnings for charities.

Adam Sandler is a great actor. He is a dedicated family fan and good human being.