4 Advantages of an Endoscopic Breast Augmentation 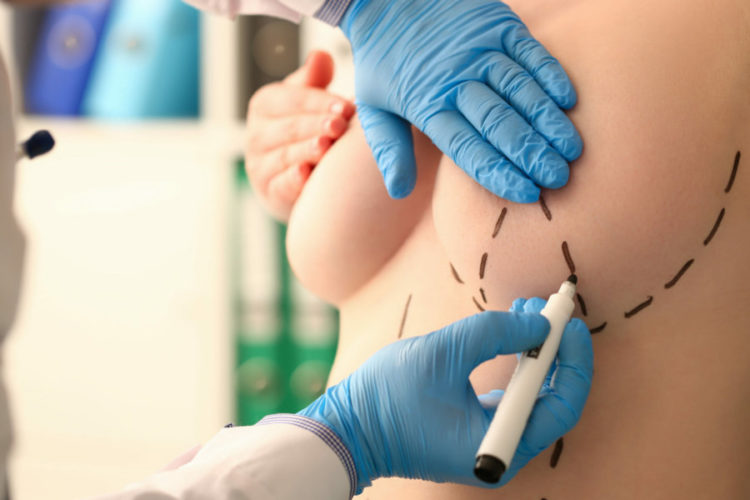 Deciding to get an implant is not one of the easiest decisions one would like to encounter every day. Breast Augmentation is one of the implants that most women choose to have every day, and it involves making not just one decision by a series of them in the following manner. A client has to decide what kind of breast implant they are looking for; the correct placement on the muscle is also another critical decision one has to decide on.

The choice and decision made at this stage usually depend on your body, and your advice from the doctor one is working with during the implant.

It’s important to note that there are typically four main incision areas a client can choose for their breast augmentation surgery. All these sites for the breast augmentation implant come with certain levels of risk, which your medical practitioner must explain to you, and also, they come with a series of benefits.

Some of the popular incision augmentations for the breast come with some benefits, as elaborated herewith. It is essential to note that the Periareolar Incision is usually made around the nipple on the dark side of the skin.

Periareolar Breast Augmentation comes with several advantages or benefits that include the following. First, this type of breast implant incision allows the surgeon to perform the surgery to get direct visibility of the breast and have a perfect opportunity to create a required pocket during the breast implant.

Similarly, this technique for the breast incision offers precise control over the area where the placement will take place. It’s important to note that during this type of breast incision augmentation, doctors have an opportunity to alter the shape and size of the areola during the surgery.

Doctors and medical practitioners warn that the Periareolar incision can have some drawbacks, such as the loss of nipple sensation or reduction in some people. Consequently, women who might be breastfeeding and decide to undergo this kind of implant will experience a challenging time with the breastfeeding process. Therefore, it’s essential that one approach this method with all the necessary understanding of its outcomes.

This technique comes with several benefits that are associated with it. First, it is critical to note that most surgeons who perform breast implants prefer this technique compared to their other methods available in the industry. The majority of plastic surgeons prefer this approach because it least interferes with breastfeeding mothers as it presents fewer challenges or problems colored to the one mentioned above.

Secondly, the Inframammary incision breast implant gets regarded as one of the best surgical methods. It comes with better controls over where the breast incision or implant will get positioned.

It is another method that is preferred by both surgeons and patients when it comes to breast implants. This method or technique focuses on incisions made particularly in areas around the armpits and in folds. This technique comes with some advantages and benefits that a patient cannot get in the other two discussed approaches listed above. Some of the benefits that one can accrue for choosing this technique include the following.

First, it’s essential to state that the Transaxillary incision method of breast augmentation is one of the most popular methods of breast implant, and it usually gets ranked second most preferred approach. Unlike the two other approaches listed above, this method does not leave behind any scarring on your body.

It is a huge plus and relief to many women who wouldn’t want to deal with scars after surgery. The Transaxillary incision method allows for an endoscopic approach enabling the surgeon to get total visibility over their area of surgery. It has a significant effect in preventing excessive bleeding in the patient.

Just like the other methods above, the Transaxillary process of breast incision has some gray areas that one needs to know about when deciding on the breast implant method to take up. For instance, this method gets associated with standard surgical risks. There are no other known drawbacks witnessed after this implant; it is no wonder it gets ranked relatively high among the patients and doctors.

This method of breast incision usually gets carried out through an incision under the belly button. Similar to the other approaches above, this method comes with several benefits that make it a pretty popular technique both in the medical fraternity and the patients opting for a breast implant. Some of these benefits or advantages associated with this method include the following.

It’s essential to note from the beginning that the Transumbilical breast incision usually leaves no visible scar on the patient to worry about.

Unlike the other approaches above, this technique usually does not appeal to many patients compared to the different methods for many reasons. On top of that list is it is pretty difficult for the surgeons to be quite precise on their incision.

At times this method presents high chances of complications arising from the surgery, worrying about both patients and the doctors performing the surgery. Locating the right area to conduct breast implant and incision is a complex and challenging task. Always ask for more information from your doctor in regards to the best option that suits your profile.

You may also read: Finding the Right Bra to Wear After Breast Augmentation Surgery