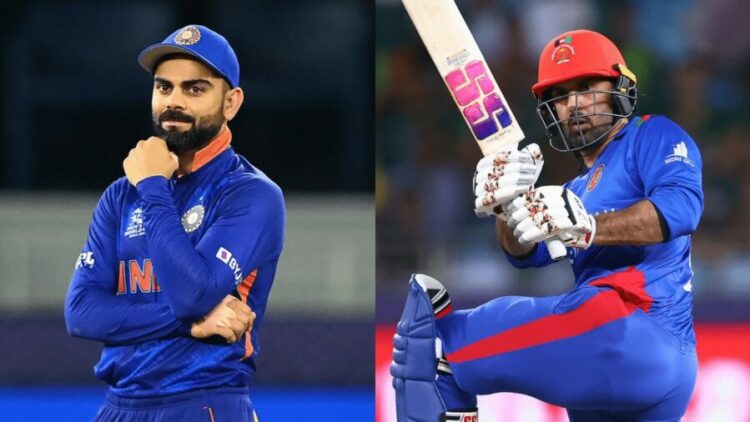 India and Afghanistan will meet in the super four rounds of the Asia Cup 2022. The match between India and Afghanistan will take place on September 8. (Thursday). The match will take place at the Dubai International Cricket Stadium in the UAE. During the group stage, India was a member of group A. They eliminated Hong Kong and Pakistan to go to the super four round.

However, in the first match of the super-four stage, Afghanistan was defeated by Sri Lanka. By a margin of 4 wickets.

Only three T20 Internationals have been played between India and Afghanistan. In each of the three T20I matches, India has prevailed over Afghanistan. At the Dubai International Cricket Stadium, both teams will face off against one another for the first time.

India will be led by Rohit Sharma at the Asia Cup 2022. The team has thus far lost in the super four round to Pakistan and Sri Lanka.

Virat Kohli leads the team in scoring with 154 runs in 4 games. With 133 runs each, Rohit Sharma and Suryakumar Yadav are next. After four games, Bhuvneshwar Kumar has taken the most wickets for the team with six.

Mohammad Nabi is Afghanistan’s captain at the Asia Cup 2022. Rahmanullah Gurbaz leads the team in runs scored with 135 in just 3 games.

With 97 runs, Ibrahim Zadran comes in second. Mujeeb Ur Rahman has taken the most team wickets thus far, with 7, leading the team in bowling.