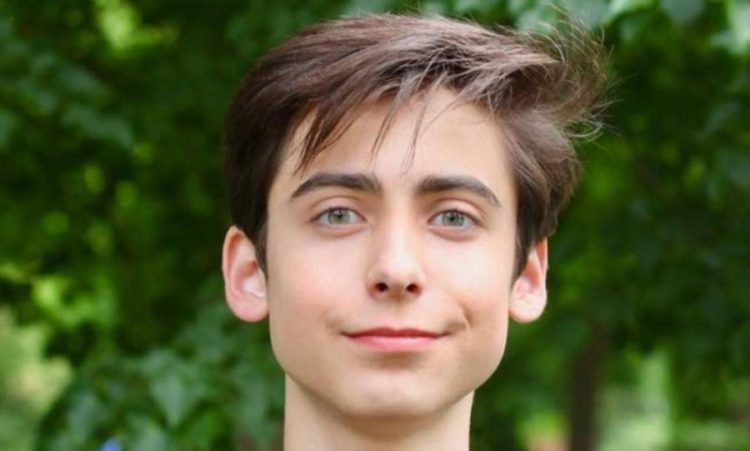 Aiden Gallagher is a popular young star. He is sixteen years old who started his acting career in 2013. He was part of the Nickelodeon show titled Nicky, Ricky, Dicky & Dawn. Then in 2019, he got a breakthrough role in The Umbrella Academy which is a Netflix series. He is playing as Number Five in the series. Gallagher is a promising young actor who is a natural talent. He performs the roles with ease. We can expect many excellent works from this young actor. To know more about Aidan Gallagher’s biography, continue reading.

The birth date of Gallagher is September 18, 2003, and his nationality is American. There is no information about his parents however the actor posted the pictures of his parents in his Instagram account. They are very supportive of their son’s career. As Gallagher started to act at age nine his parents are the ones who encouraged him to try acting.

Gallagher’s first role was in the series titled Modern Family. But he only acted in a minor role in one of the episodes of the series. Then he appeared in the short film titled You & Me. He also came in the pilot of Jacked Up but it never went on air. Then he received a lot of good roles because of his acting talents.

After some years, he became part of the cast of Nicky, Ricky, Dicky & Dawn which got televised on Nickelodeon. He played the role of Nick Harper in the series. It is a comedy series about the life of quadruplets. The series starts when they are nine years old and they all are dissimilar to each other. However, they try to solve everyday issues together. For this role in 2016, he got nominated for Nickelodeon Kids’ Choice Awards in the category of Favorite Male TV Star. He was part of the show till 2018 for four seasons after which it ended.

Then in 2017, he acted in the popular series Umbrella Academy. He played the role of Number Five/ The Boy in the series. Many people loved his acting in the series that got him a lot of fame and name. The series is about a group of seven children who become superheroes. They get adopted by Sir Reginald Hargreaves who is a billionaire. The siblings have different personalities however they stay united to save the world from the apocalypse.

At this young age, Gallagher is active in supporting environmental organizations. He is the youth advocate for organizations such as WildAid, Waterkeeper Alliance, and Oceanic. He is also named the Goodwill Ambassador of the UN Government for North America. The actor is the youngest member of the organization. He follows a vegan lifestyle.

The net worth of Aidan Gallagher

The net worth estimate of Gallagher is $2 million. Because of his excellent work in the popular series The Umbrella Academy he was able to receive a lot of income. Reportedly, he received $800,000 for his part in the series. The young actor will receive even more paychecks in the upcoming second season of the series.

Aidan Gallagher is a popular emerging actor. He is going to act in many more wonderful series and films as he is full of talent.