by Surjeet
in Sports
3 min read
0 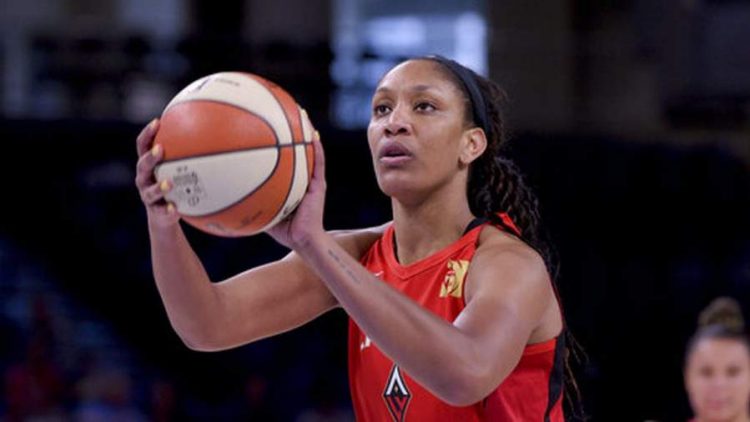 The player from Las Vegas A’ja Wilson has now become the star player. She has bagged the Most Valuable Player Award from WNBA on Thursday. Three years ago No. 1 overall pick resulted in 18-4 record for the Aces. Wilson got an average of 20.5 points, two blocks, and 8.5 rebounds for the team. Also, she received 43 from 47 competing with Breanna Stewart who completed second and Candace Parker who completed third.

Impressively, Wilson received the award on Thursday by Cathy Engelbert the commissioner of WNBA. The player was not aware that she was going to get the award and thought that she was only called to meet with the league referees. Now she has become the first player in the franchise to get the award. At first, the team was in San Antonio and Utah.

Dangerfield specifically did great in the fourth quarter and scored the second-highest points in the game. In the final, she came behind Arike Ogunbwale. She received 6.5 points during the final stage. Moreover, Dangerfield got forty-four votes. The players Chennedy Carter from Atlanta Dream guard completed second with two votes. Then the Satou Sabally from Dallas Wings Forward came third with one vote.

A’ja Wilson is a professional basketball player who belongs to Las Vegas Aces. At first, she played for South Carolina Gamecocks in her college career and assisted the Gamecocks in the NCAA Women’s Basketball Championship. During the 2018 WNBA Draft, she got drafted by the Aces. In the same year, she received WNBA Rookie of the Year and then in 2020 has become the WNBA Most Valuable Player.

She has won a total of 119 games in her high school career and played 37 games in a college career. In her debut game for the Aces, she got 17 points with ten rebounds. She won the game when competing with Indiana Fever thereby becoming second Rookie in history to get 35 points and 10 rebounds.

Her birth date is August 8, 1996, and she is twenty-four years old. The names of her parents are Roscoe, Jr., and Eva Wilson.

Many expect that A’ja Wilson will grab more wins for the Aces in the upcoming leagues.

Also read: 2020 Army-Navy Game is Going To Be Held This Year?