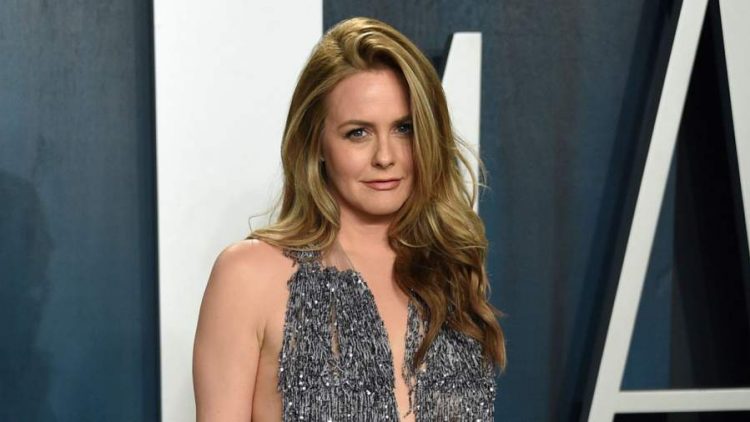 Alicia Silverstone is an American actress daughter of Monty Silverstone and Didi Silverstone. She first came to widespread attention in the music video for Aerosmith’s Cryin and later starred in “crazy” and several Hollywood motion pictures. She is also noted for her strong views on animal welfare and is a committed vegan. In 2004, Silverstone was voted sexiest female vegetarian. Alicia Silverstone has continued to make a wide range of movie and television appearances, appearing mostly in comedy and action roles (she is still widely known for her role in Clueless). Recently, she has extended her repertoire by working as both a television and film producer.

Silverstone reportedly refuses to appear nude in any of her movies. Because of this, she requires a body double in her place for nude scenes. When she starred in the stage version of The Graduate, she insisted on wearing underwear for the famous nude-scene. The producers were forced to let her do this because, otherwise, she would have resigned from the show.

Silverstone was born in San Francisco, California, to English Jewish parents Monty Silverstone, real estate investor, and Didi Radford, a Scottish-born former flight attendant. She was raised in Hillsborough, California. Alicia is the youngest of Monty and Didi’s three children but she also has a half-sister, Kezi Silverstone, who’s a rock singer in London from Monty’s previous marriage and a half-brother, David Silverstone. When Alicia was six, Monty took some photos of his young daughter. The photos allowed her to get some modeling gigs which then led to television commercials (the first being for Domino’s Pizza).

Alicia later attended San Mateo High School in San Mateo, California where she was a cheerleader. During this time she acquired some early modelling and advertising work and eventually got the part of the ‘dream girl’ on American TV series The Wonder Years. She won a leading part in the 1993 movie The Crush, playing a girl who sets out to ruin an older man after her teenage crush is spurned, for which she won two awards at the 1994 MTV Movie Awards. Silverstone actually became legally emancipated at the age of 15 in order to work the hours required for the shooting schedule of The Crush.

She went on to star in three Aerosmith music videos, entitled Cryin, Crazy, and Amazing which were hugely successful both for the band and Silverstone, making her a household name. After she turned it down, the role went to Tiffani Thiessen.

After Clueless became a huge sleeper hit and critical darling during the summer of 1995, Silverstone was hailed as the woman of the hour and branded the spokeswoman for an emerging young generation. As a result, she was able to sign a deal with Columbia-TriStar worth $10 million.

The first movie to be released by “First Kiss Productions” was a 1997 black comedy called Excess Baggage. Excess Baggage, a movie in which Silverstone played a chain-smoking, underage drinking, rich brat, who fakes her own kidnapping in order to get her father’s attention was not as critically or commercially embraced as Clueless. Silverstone also came under fire (especially by E!) for receiving such a lucrative production deal so early in her career. Excess Baggage was such a disappointment, that after just one film, Columbia-TriStar quietly let their production deal with Silverstone expire.

Around the time she was featured as Batgirl in Batman and Robin, Silverstone was lambasted by tabloid media and mainstream press alike for putting on weight. Though hardly obese by any standard, Silverstone had obviously put on more weight than the public was used to seeing her carry, and this started a whirlwind of rumours which affected her personal life. Ironically, she was turned down for the lead in 1994’s My Father the Hero because the producers said that she was too heavy for the part. The role ultimately went to Katherine Heigl instead. It didn’t help Silverstone’s cause that Batman and Robin was an even bigger critical and commercial failure than her other movie from 1997, Excess Baggage.

Silverstone married her longtime boyfriend Christopher Jarecki, lead singer of the band S.T.U.N., at a beachfront ceremony at Lake Tahoe on June 11, 2005. The pair dated for eight years before the wedding but they got separated in 2018.

For some time, Silverstone, despite her young age, gained the reputation of being a “has-been”, who reached her peak with the Aerosmith videos and Clueless. She effectively removed herself from the public eye for many years, resurfacing in the critically acclaimed television show Miss Match, which was cancelled after thirteen episodes. Silverstone later acknowledged that she hates the trappings of fame, insisting that being a celebrity is a horrific ordeal that she wouldn’t want her worst enemy to suffer. You start acting because you love it. Then success arrives, and suddenly you’re on the show.”