Alinity Made $50k from An Incredibly Gross Video on Onlyfans 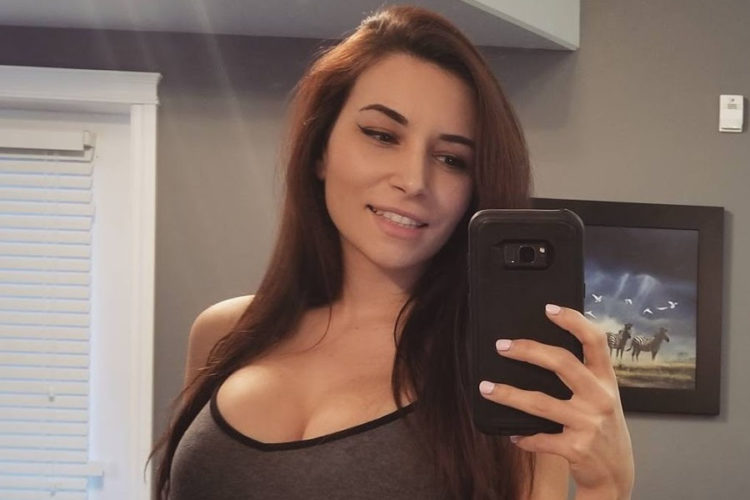 Do you know that the Twitch streamer and OnlyFans model Alinity made $50 by sharing a gross video on her account? She is already a popular Twitch personality. She earns a lot of money from her accounts. Alinity revealed during an interview with the other Twitch streamers Maya and Cyr about her Twitch career.

Over the years Alinity was posting lots of videos in her OnlyFans account. She made a lot of money by making videos that her fans requests of her. One time she made a gross video for one of her fans. That video became popular and she made some money. Here you can find all the details of Alinity onlyfans.

The real name of Alinity is Natalia Mogollon. She was born on January 10, 1988, and her age is thirty-three. She is a Colombian Twitch streamer and a popular YouTuber. She creates content on YouTube for playing games like World of Warcraft and Apex Legends.

Mogollon has a younger sister named Valentina Mogollon. She also has a brother but her name is unknown. She has two cats named Maya and Milo and she has two dogs also. Before beginning her career as an influencer, she was a nurse. She holds a nurse degree from the University of Saskatchewan, Canada.

She uploaded her first video on Twitch in 2012 and she started a Youtube channel in 2013. Alinity is well known for streaming Apex legends. From 2021 she started to share cooking-related content too.

Alinity made $50K for a burping video

During a live stream with fellow streamers Maya and Cyr, Alinity admitted that she made a burping video and got $50,000. She described the video as the grossest thing she did. But she said that she did it for someone else and not for her amusement.

Alinity shared that the video was shared with people for $100 each. Then she sold the video to 500 fans. She said that her video was an elaborate burping video. She drank a lot of soda and burped for two minutes straight.

Also read: Sweet Anita: What You Did Not Know About Twitch Streamer?

The Twitch streamer made a lot of money

Alinity shared that she made a lot of money on OnlyFans than in Twitch. She was able to earn money in her OnlyFans account in just two months compared to her Twitch earnings of ten years. Although Alinity is a popular streamer on Twitch it is still unclear what she earns through the platform.

Dear @Twitch , This woman has broken every rule! Now only is she not banned but shes still a PARTNER! Stop treating men & woman different on your platform! And now she threw a cat over her head! If a man did this perma ban! pic.twitter.com/XD0Tmrla8R

Then Alinity left another host in disbelief. She was interviewed by fellow streamer Mizkif on May 26. When he asked her if there is a good chance for male content creators in OnlyFans, she answered him that there is a market for everything.

The Twitch leak on Alinity’s earnings

She started a thread by saying that she is terrible at maths. Then she shared how only 6,000 Twitch streamers are making minimum wages in Twitch and it is low compared to more than $8 million active users on Twitch.

Then when a fan asked her about her YouTube earnings Alinity replied to his question. Alinity replied that there is more scope in YouTube for new streamers and they will get a good head-start in Twitch. But she gave a hint that her earnings on YouTube are similar to that of Twitch. This shows that it is not enough for her.

She said that she has over 100000 subscribers on Youtube but she only makes a few thousand a year.

The controversies experienced by Alinity

In May 2018 Alinity asked if she can copyright-strike PewDiePie’s channel for rudely calling her Twitch Thot. Also, she boasted of getting 700 dollars for copyright-striking YouTube videos CollabDRM. In a now-deleted tweet by Alinity, she described PewDiePie’s comments as proof of ‘rampant s**xism in online communities’. She told that he is always belittling women.

Then after her comments, PewDiePie responded with a video ‘Can we copyright-strike Pewdiepie’ where he apologized for his comments against her. He said that his ‘stupid Twitch Thots’ was just a joke. But PewDiePie’s video got copy-striked.

Then Alinity asked why CollabDRM took down the video of PewDiePie. After that Alinity’s response video was taken down by another person claiming to be ‘Pewdiepie’. Then the false strike got removed.

A few days later PewDiePie shared a video titled ‘BAN PEWDIEPIE’ where he criticized the content of Alinity. He stated ‘I didn’t say anything until I was forced to defend myself. It was the internet that came after Alinity for her poor choice of action and poor choice of words”. Then he blamed her for playing the victim and escaping from her actions. He said that Twitch is showing a bias for female streamers.

In 2020 Alinity was interviewed by Dr. K from HealthyGamerGG. She shared with him that she and PewDiePie are on good terms now. They are not fighting anymore. But PewDiePie reacted to the interview and shared that he does not care if they are on good terms or not. After this incident, PewDiePie shared that Alinity texted him to settle the dispute. So he asked their followers to not stifle the issue again.

Alinity is a popular influencer. She reveals that her earnings are not as expected. But then she is getting a lot of money for her contents like $50k for a gross video.

You may also read: Mrs. Assassin Biography: Who is Dr. Disrespect’s Wife?