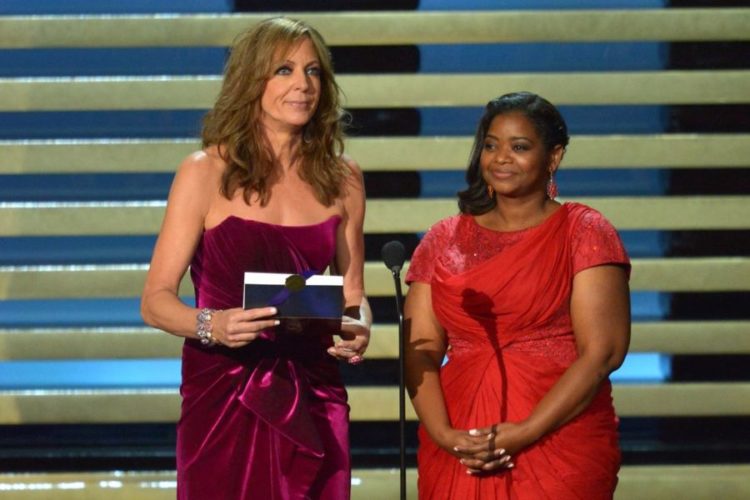 Gossips never leave stars, be it famous or those who have just stepped into the industry. Especially if it is Hollywood there are several such stories. At times, we also get to hear stories of actors who had to quit roles because of another actor and actors who refused to work together. Probably you can guess what we are trying to refer to here. Yes, we are talking about Allison Janney and Octavia Spencer. Needless to say, it had been far too easy for Janney and Spencer to go down that well-trod celebrity path of egos and animosity.

In fact, the two Oscar-winning actresses did not like each other at first. There are various unknown facts about these celebrities’ relationships. So would you like to know more about the gossip in detail? Let us have a look!

Even though these celebrities need no separate introduction, we will still provide a few significant details about their lives. So firstly let us begin with Allison Janney.

Needless to say, Janney has acted in numerous hit projects in her career in film and television. Her breakthrough came with her role as C.J Cregg in the NBC political drama “The West Wing” (1999-2006). In fact, this has also helped her win numerous awards and accolades. This also includes an Academy Award, a Golden Globe Award, and seven Primetime Emmy Awards. At the same time, she has also received nominations for two Tony Awards.

Now let us also share some interesting details about the popular American actress Octavia Spencer. Apart from being an actress, she is also an author, and producer. In fact, just like Janney, she has also received multiple awards and recognitions for her stunning performances. This includes an Academy Awards, a Golden Globe Award, and three Screen Actors Guild Awards.

Moreover, she is one of the two women of color to have received three Oscar nominations. In fact, she is also the first black actress to receive two consecutive nominations.

How is Allison Janney’s Relationship with Octavia Spencer?

Many of you who have watched their interviews will know that they did not share a cordial relationship with each other. The reason behind this was they liked the same man. “And then we both decided we liked each other than the guy!” Janney said. However, once they got past this rocky beginning they became good friends.

So after two decades later they have worked on numerous projects including more than three films and a TV series. In fact, they are the sort of BFFs who declare, “I love you” to each other multiple times in an interview.

When best friends work together the fun is even more and they also feel quite comfortable. As we mentioned earlier, Allison Janney and Octavia Spencer have been in three movies by Tate Taylor. This includes the short film Chicken Party, the dark comedy, “Pretty Ugly People” and the controversial Oscar-winning film “The Help.”

While working with Spencer in “Chicken Party”, Janney felt it was for the first time that she got to spend a lot of time with her. In fact, she did not want to leave Spencer’s side because she always made her laugh. Apart from that, there are countless other traits that Janney admires about her pal. She is also Janney’s favorite storyteller and so she can just listen to her for hours. Janney once commented that she has been in love with Octavia forever.

What Does Octavia Spencer Feel About Her Bestfriend Allison Janney?

It is not just Allison Janney who is in awe of her best friend’s talent, it goes the same for Spencer. So in a joint interview, Spencer praised Janney for her impressive acting abilities on “The West Wing.” She said, “You got all the talent and all the tall gorgeousness.”

Spencer also called her friend one of the funniest, talented, and kindest people she knows. Therefore, she adores her just like Janney loves her. She also admires how her friend has remained so down-to-earth over the years, despite all the glamour and successes she had. You can well understand that both of them are really good friends so they leave no chance of spending time whenever they are free.

Nowadays, it is indeed rare to get true friends in your life who will be beside you in your joys and sorrows. Especially in the showbiz world we rarely witness the story of such a loving friendship. We hope both the award-winning actresses remain friends with each other throughout their lives.