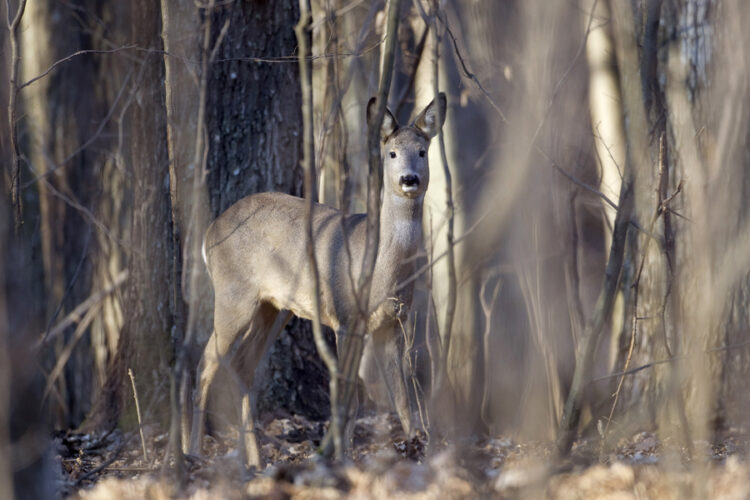 Elk, boars, and dogs are just a few Chernobyl animals that discovered an unexpected home in the Red Forest of the Exclusion Zone.

Contrary to popular belief, Chernobyl, the location of the deadliest nuclear disaster in history, serves as a virtual haven for wildlife. Chernobyl and the adjacent Red Forest are home to various animals. This includes deer, wolves, and dogs. Plus, more uncommon species like lynx and the famous Przewalski’s horse. Which prompts the question: Which is more hazardous to wildlife around the world: radiation or humans?

In April 1986, the Chernobyl tragedy occurred in the Ukrainian town of Pripyat. The Chernobyl Exclusion Zone was created due to a nuclear reactor explosion that discharged radioactive fallout and required quarantine.

The 4-square-mile Red Forest, which surrounds the Chernobyl nuclear power station, named because of the color of the dying pine trees from high radiation levels, is within the exclusion zone.

The Chernobyl exclusion zone, which now covers roughly 1,600 square miles, expanded over the past three decades. Moreover, it is home to a significant number of radioactive creatures.

Within the exclusion zone, certain species thrive better than others.

For instance, the generosity of people is necessary for Chernobyl animals, precisely stray dogs, which are descended from pets that their owners left behind. The numerous stray animals that inhabit the exclusion zone around Chernobyl usually join workers for lunch. Sadly, most dogs in this area only survive to be four. Their early demise is primarily due to Ukraine’s severe winters, not necessarily radioactivity.

The plant employees cannot touch the dogs. It is so because radioactive particles may be present in their fur. It is a challenging mission to save these animals from the risks in the Chernobyl exclusion zone. However, specialized groups are making an effort.

“In the world of dogs, laws of man have no bearing. They roll around, lay down, dig, and drink from puddles”, says co-founder of Clean Futures, Lucas Hixson. Following a rigorous testing and decontamination procedure, the organization offers some dogs from Chernobyl for adoption.

Other species of Chernobyl’s animals, except stray dogs, seem to thrive.

Przewalski’s horses, are sometimes also known as Mongolian wild horses. They are an example of species prospering inside the Chernobyl exclusion zone. In 1998, zoologists brought this threatened subspecies of wild horses to the area around Chernobyl. Their population has increased without any human interference.

Surprisingly, the large animal population increased on the Belarus side of the Chernobyl exclusion zone throughout the years. There are more wolves, boars, and notably moose than ever before. According to scientific research, there may be more wolves in Chernobyl than in Yellowstone Park.

In particular, by spending more time outside the Chernobyl exclusion zone, wolves may experience some radiation protection. It is still unclear, however, how harmful radiation is to Chernobyl animals.

How Radioactivity is Affecting Chernobyl’s Animals

Chernobyl animals are in the exclusion zone in large numbers; there is no doubt about that. But at what price to their wellness? There are two conflicting scientific camps, each of which has a different theory. Both sides agree that radiation is not the best situation for wildlife, but is it, say, less hazardous than the presence of humans?

According to the Danish researcher Anders Pape Mller

“In the radioactively damaged areas of Chernobyl and Fukushima, these animals are present 24 hours a day. Even though the actual dose for one hour is not very high, it accumulates over a week or a month to be quite a bit. These impacts are unquestionably at a level where dramatic outcomes are possible.”

However, there is more to consider than only the species in the exclusion zone and the Red Forest because some Chernobyl animals migrate.

Michael Byrne, a graduate student in ecology at the University of Missouri, said, “I don’t want to assert that Chernobyl animals are infecting the world.” However, it is important to consider whether any mutations might occur.

Also read: 7 Adorable and Cute Animals Which are Extremely Violent in Real