8 Animals That Live in Water 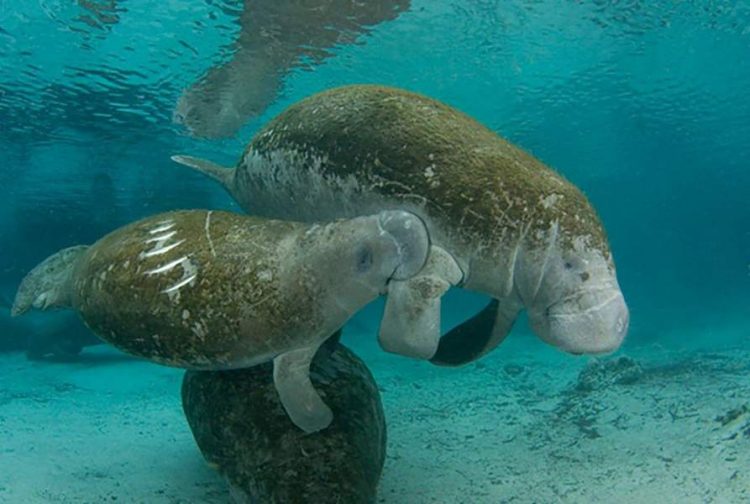 Did you know that certain insects and animals started their life cycle in the water? While most of them take up the terrestrial habitat and become amphibians, a large number of them remain aquatic. Meaning that these animals are known as water animals. They can be vertebrate or invertebrate animals. Many insects, such as mosquitoes or caddisflies, initiate their lifecycle in the water reserve before they turn into full-fledged insects.

Due to the difference in habitat, the aquatic animals evolve having specialized organs. Furthermore, they help them swim, breathe and accomplish many activities.

To Know More About Water Animals, Here Is a List of 8 Aquatic Animals…

You must have seen the hippopotamus’s head peek out of the water in the zoo. These massive mammals with their huge bodies are amphibians. Moreover, they spend almost 16 hours of their days in water bodies. Though they can hold their breath for an hour or so, they do not dive into deep waters. At night, they travel to some distant place in search of wood. They quickly dehydrate if they stay on the ground for long.

One can find Manatees swimming slowly in shallow and warm water bodies. Take the river of Florida as an example. They generally weigh up to 600kg. Generally, they are born underwater and tend to spend the rest of their lives in it l. Although manatees have to swim above the surface to seek out air. being herbivores, henceforth, they also go by the name of sea cows. They feed on many species of seagrasses, weeds, and algae.

Ondatras or otherwise, Muskrat, are the inhabitants of swamps, ponds, wetlands. Because they love to make holes, hence they can be seen in such habitats. Looking like a rodent they can break through tunnels in swampy banks.

Their body length goes as long as 30 cm. Their tails are as long as the length of their body, meaning overall their length is 60 cm. They are well versed with water, thus, can swim. Many believe that they have created their communication system to exchange information.

Though there are several seals in the water, this freshwater animal has many fans among children. One can notice these seals in the Baikal lake in Russia. While many believe it to become an endangered water anime, it is far from the truth.

Many generations of the Baikal seals are born every year. It increases the number of seals to a huge level. That is why the main threat has become the concept of poaching. Also, the pollution from the paper and cellulose industries is impacting the naturalness of the lake. It threatens their habitat.

One can find the Amazonian dolphin in the turbid water of the Amazon. They use echolocation. They swim annually in the flooded forest of the Amazon to hunt among the trees.

Their unnatural and unique hues of pink and adaptability make them a great attraction. Not only for the tourists but the poachers as well. They are easy prey for fishermen because they use the dolphin to catch catfish. Because of this, their population has decreased drastically.

Being the largest rodent in the world, the Capybara can grow up to 4 ft. They weigh about 145 pounds. They are mammals as well and love moisture, thus indulging in eating grass and water plants.

Many times they are seen living in water bodies. They are physically adapted to live in aquatic terrain. Their paws are membranous. It helps them to swim under the water for five minutes. One can find them in the lakes, rivers, and wetlands of South and Central America.

Though there are plant and aquatic beavers available. One can easily differentiate them by their environment and habitat. They have powerful teeth and jaws. It helps them to cut through any trees. It also helps them to build fans of food or even using mud up to 10 feet in length. They are the second mamma who are environmental engineers, and who can change or build their habitat.

Although they appear to be very sleepy, they are rather energetic aquatic animals. They are also hygrophilous mammals. Hence, they submerge in the water accordingly. They have webbed paws and paddle tails. It helps them to move underwater gracefully and easily. They also have a special structure of nostrils and ears that closes underwater along with water-repellent fur.

Aquatic animals are very interesting creatures who contribute to the environment in their way. To know more interesting facts, stay subscribed to us.