10 Best Anime Based on Video Games 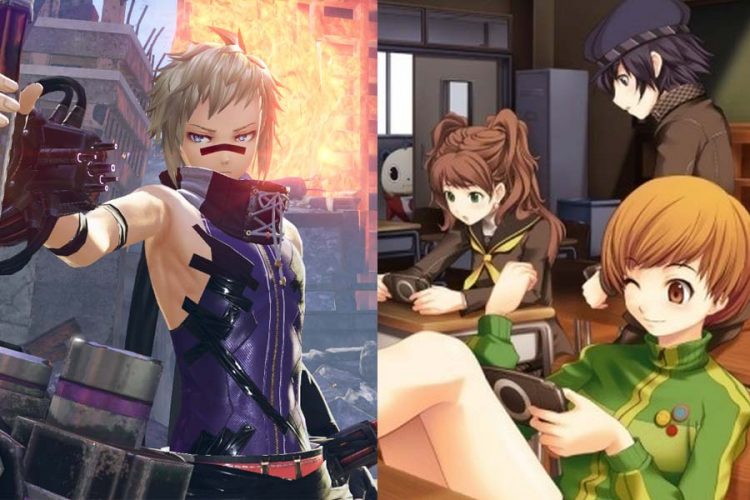 Animes are fun to watch. But do you know that some famous anime are based on video game Franchises? They are fun to play too. They have an amazing plot and characters that go on adventurous journeys. Further, you will never get bored when watching this anime because they are based on popular video games. Most of the anime series have come from original video games that attracted lots of gamers.

Therefore, you can watch as well as play as your favourite anime characters. Here we have gathered ten interesting anime-based video games for you. You will understand the anime more if you play the video games. Have a look at the list here.

The post-apocalyptic themes are famous in video games and also animes. God Eater is an anime that became famous among anime lovers. It is set in a world where the lives of humans in the future are threatened by monsters called the “Aragami”. The humans have to connect with the Oracle cells called the God Eaters to fight with them. They kill these monsters using weapons called the God arcs. This plot is actually from the famous video game of the same name.

The Fate series is one of the best anime. There are many crazy fans of the series. Also, the story is about a high school student who forcibly joins the Holy Grail War. It is a do or die competition that leaves the contestants working hard to save themselves. They have to get an artefact that offers the winner the desires of his heart. Many of the adventures in the anime are based on the original video game.

There are different types of Street Fighter games released over the years. The best among them is the Street Fighter II V. You can play this game if you enjoy fighting games. It has high ratings from gamers. Some of the iconic characters in the anime series were from game. Further, the long-time rivals Ryu and Ken are based on the game as they try to become the best fighters. Their journey leads them to the bad man named M. Bison.

If you like light puzzle games, then you can play Professor Layton. The story and the art style of the game are good. That is why an anime released based on the game. The main protagonist solves riddles to investigate the crime. Many loved to watch this mystery anime.

This is a famous anime in Japan. The game was as interesting as the anime. The anime merges multiple genres to offer a unique whole and the same can be said for the video game. You can find all the wonderful characters who are based on the game. The story will keep you engaged.

Senjou no Valkyria is a video game with a great story and that is the reason why an anime released based on it. It is set in an alternate world Europe. The inhabitants of the world try hard to get fuels and other supplies to survive the dangers. They also protect their countries from intruders. Further, the main protagonist of the anime is the leader of a gang. Many anime lovers are fans of this anime.

The Persona games are popular. It is a murder mystery containing otherworldly creatures. The anime adaptation of the game plays with a similar theme. Each of the decision taken by the character in the anime leads to an outcome. That is why this anime is interesting to watch. It will take you on a roller coaster ride.

Pokémon is a brand. Its games, as well as anime adaptations, are popular all over the world. It was one of the important parts of many people’s childhood. There are different kinds of creatures in the Pokémon world called Pokémon who have powers. The humans train these Pokémon to fight in many competitions. The famous character in the anime is Ash Ketchum who tries to become the Pokemon master. Many people are crazy fans of Pokemon.

It is a classic video game that got adapted into an anime series on Netflix. Many people became fans of the anime series. Also, it has a very engaging story that offers both pleasure and pain. Their theme of the anime is dark and gothic. But there are some fight scenes too.

It started as a third-person shooter game. Then anime based on the video game released to surprise the fans.  It revealed the origin story of the game’s major character. It described how best friends become part of a mafia. The story was very good and engaging and it is one of the best anime.

These are the ten best anime series based on video games. Therefore, binge-watch them and enjoy.

Also read: 12 Best Ecchi Anime to Watch That Are Uncensored?