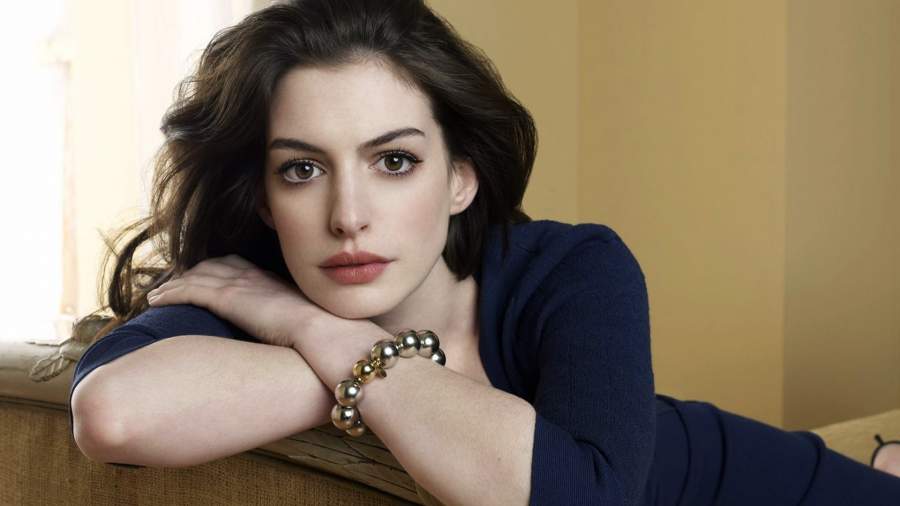 Anne Jacqueline Hathaway is an extremely talented American actor. She started acting in Hollywood films since her teen years. She received many awards in her acting career because of playing many excellent roles. The actress became one of the highest-paid artists of 2015. One of the films that made her famous is Princess Dairies. Hathaway also became a part of many high grossing films.

Know all the details of Anne Hathaway Biography here.

The birth date of Anne Hathaway is November 12, 1982, and her place of birth is Brooklyn, New York City. The name of her father is Gerald who was a labor attorney. Her mother is Kate McCauley who worked as an actress. Hathaway grew up with two brothers and she is the second child to her parents. When she turned six her family decided to live in Millburn, New Jersey.

When growing up she saw her mother perform at the stage for the play Les Miserables as Fantine. Because of that acting appealed to her. But her parents did not permit her to act and her mother left acting to raise her and her brothers.

Anne Hathaway went to Brooklyn Heights Montessori School. Then she completed her studies from Millburn High School. She participated in sports as well as acted in the stage as part of the school curriculum. Further, she attended the American Academy of Dramatic Arts and got the invitation to join The Barrow Group Theater. For her higher studies, she attended Vassar College located in Poughkeepsie, New York, and majored in English and Political Science.

Hathaway became a popular actress because of her role in Princess Diaries a Disney movie.  She played the role of teenager Mia Thermopolis who finds that she is actually the heir to the throne of an imaginary kingdom named Genovia. This film became popular among young adults and grossed a lot of money. She earned MTV Movie Award for the role.

Then she got the chance to act in Nicholas Nickleby which is a comedy-drama. After that, she played the lead role in the fantasy film Ella Enchanted. The actress also reprised her role for The Princess Diaries 2: Royal Engagement.

Anne Hathaway started to perform in more mature roles such as in films like Havoc. Then she acted with Heath Ledger in the movie Brokeback Mountain. In 2006 she played a role in one of the successful films of her career The Devil Wears Prada. People began to know the ins and outs of the fashion industry and the hard work people put into it because of the film.

Then she acted in the film called Becoming Jane which showcased the life of the English author Jane Austen. She also acted the role of the White Queen in Alice in Wonderland film directed by Tim Burton. Some of the recently released films she was a part of our Ocean’s 8, The Intern, Serenity, The Hustle, The Last Thing He Wanted, and lots more. Many of her films are going to get released soon this year.

Hathaway started dating a real estate developer named Raffaello Follieri in 2004. But he got arrested because of cheating on the investors. In 2012 she began a relationship with Adam Shulman a businessman and actor. She got married to him in Big Sur, California. They have two sons.

The net worth of Anne Hathaway

Vanity Fair called Hathway as one of the top actresses in Hollywood who makes big bucks. Her net worth is $35 million. She received a lot of money from her acting career. Most of her films made large amounts of money in the box office. She is also the face of the brand called Tod’s. Because of her affluent status and talents, she got invited to join the Academy of Motion Picture Arts and Sciences. At one point she made $7 million and got included in the Forbes list for her high earnings.

Many people who know Anne Hathaway personally describe her character to be warm, grounded, and friendly. Her persona as a glamorous star is public image however the actress herself shared that she is a simple woman and has no sex appeal. She is one of the important assets of the film industry.