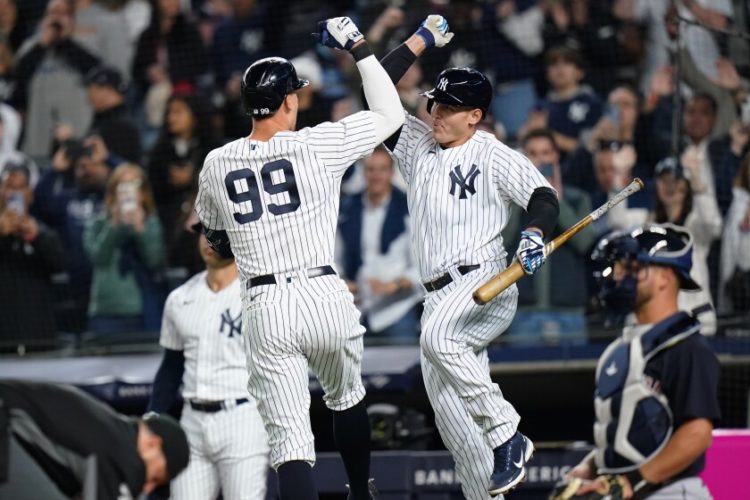 After football and basketball, baseball is one of those highly popular sports in the United States. In fact, not only there, people of all ages enjoy watching baseball matches. Especially if there are Major League Baseball or MLB matches, the fans will indeed remain hooked in front of the television for the entire time. So if you are familiar with the MLB matches, the names Anthony Rizzo and Aaron Judge. Yes, they are immensely famous as baseball players and play for the New York Yankees of MLB.

However, this time they have become the talk of the town for some other reason. They have been two of the most noteworthy unvaccinated players in MLB over the last year. So would you like to know more about them in detail? Let us have a look!

Why are Anthony Rizzo & Aaron Judge Making The Headlines?

Many of you who follow the baseball matches and remain updated about them must have already guessed the matter from the title. Let us share some of the important details centering on this matter. As per the sources, both the players, Anthony Rizzo and Aaron, are, until now, unvaccinated.

In fact, Anthony Rizzo was much more vocal about his vaccination status. He said that his reason for not taking the COVID vaccine was that “he was taking some more time to see the data.” However, the New York City vaccine mandate was still in place before the season.

Meanwhile, Judge declined to reveal his vaccination status, which means there are very high chances that he was unvaccinated at the time. This is quite obvious because no vaccinated persons will be hiding that information, especially for most well-adjusted people. You can check out what he said

Are All The Other MLB Players Vaccinated?

You must have heard that presently the NYC mandate has been lifted. So this signifies that Toronto is the only city where MLB players must be vaccinated to play. Therefore, pretty recently, the Yankees played their first of nine games. This was north of the border, a 3-2 Yankees win. In this game, we could see both Judge and Rizzo. Moreover, they also confirmed that both of them had already taken the doses of the vaccine.

However, what is surprising is that why did they need this reminder? Taking the COVID 19 vaccine is essential not only for yourself but also for others to prevent possible illness and death.

After all, it’s just for nine games, they might feel. Especially Judge will probably miss more than that on scheduled rest days. The fans are especially curious to see what “data” Anthony Rizzo has come up with since last season that compelled him to get the shot. He probably feels safe and effective now to take the shots. Maybe he’s one of those people who’s “doing their own research” and providing him the results.

It is indeed thrilling to finally know that they took the vaccine. However, their reasons were pretty childish for not taking the shots. They should have taken the vaccination a long time back instead of waiting for so long for foolish data.

What Comments Does Rizzo Make Regarding This Matter?

When the news of him being unvaccinated became public, his fans were surprised. At that time, he said that it was not an easy decision to make; however, he felt it was the right decision for the sake of his family and friends. In fact, he also adds that the decision to take the vaccination is arguably one of the least “personal” decisions one can make since it affects so many people. You can have a look at this video to see what he said regarding his vaccination status

So we can understand that Rizzo was actually apprehensive regarding taking the vaccine. However, the fact that he and his teammate ultimately took the shot is what we need to be happy about.

We can conclude by saying that both Anthony Rizzo and Judge are two of the most popular MLB players in this generation. Therefore, when fans hear stuff like this, it disappoints them greatly. So we hope that in the future they remain a bit cautious about what they do in their personal lives as this taints their reputation as well.