Draymond Green’s Mother Infuriated Due To Her Son’s Controversial Ejection: A Dedicated Tweet 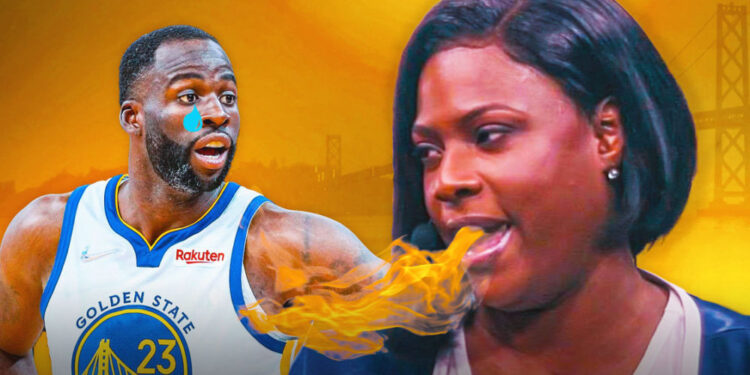 Basketball matches are always pretty exciting and nail-biting, right? We can hardly guess who will be the last one to basket the ball in the last few seconds of the game. Especially if it is an NBA match, things get even more exciting. So are you a fan of NBA matches? Well, if your answer is Yes, you must be aware of the name of Draymond Green. Yes, he is one of the most popular NBA players. In fact, he currently plays for the Golden State Warriors of the National Basketball Association.

However, he has presently made the headlines due to a tweet from her mother regarding her son’s controversial ejection from the match. So would you like to know more about the incident? Stay with us until the end, as we will share all the relevant details regarding this NBA star. Let’s have a look!

Many of you who are avid users of Twitter must have come across the news about Draymond Green’s ejection. Let us share with you all the relevant details regarding the matter. As we mentioned earlier, Draymond Green is an American professional basketball player. He plays for the Golden State Warriors of the National Basketball Association or NBA.

Draymond was given a Flagrant 2 foul and has been ejected from Game 1pic.twitter.com/ghZo3PShLT

Green primarily plays at the power forward position. Moreover, he is also a three-time NBA champion, a four-time NBA All-Star, a two-time Olympic gold medalist, and has several other accolades to his name.

However, many people feel that Green knows everything too well since he chose to watch his team’s match in a massive postseason game rather than play with them due to a flagrant foul. In fact, he did the same thing before in 2016. This was the match where the Warriors were facing LeBron James and the Cleveland Cavaliers in the NBA Finals. Green’s absence helped spark the Cavalier’s comeback, which led them to win seven games.

Even though the stakes were not as high this time, the play was indeed controversial. As per the sources, Green hit Brandon Clarke’s head during Game 1 of Golden State’s conference semifinal matchup with the Memphis Grizzlies. It happened when Clarke was putting up a dunk attempt with a little over a minute left in the second quarter. During this time, the Warriors forward also grabbed Clarke’s collar. This behavior of his pulled the Grizzlies’ big man down to the ground. So you can well understand that the incident was indeed pretty serious.

In fact, after this, the refs ruled it a flagrant foul 2. If you watch NBA matches, you will know what it refers to. You guessed it right; it signifies an automatic ejection from the match.

Some Other Significant Details of The Incident

It was clear to everyone that Green definitely committed a foul; however, the decision of the flagrant 2 calls was questionable. In fact, after the match in a podcast show, he stated that he was trying to keep Clarke up. Therefore, according to him, he did nothing for the refs to take such a decision. You can also watch the video here to know more about the incident

Many famous NBA players defended him on social media and supported his views. However, Green’s No. 1 supporter, his mother, took to Twitter and expressed her angst.

All of you who have indeed looked into the post of Draymond Green’s mom on Twitter have already got the taste of some extra entertainment during the Warriors’ Game 1, didn’t you? His mother had a lot to say, especially after her son’s ejection.

Draymond Green’s mother Mary Babers Green tweeted, “I still can’t believe that CALL on [Draymond]!” “Trying to do the right thing! If that were blatant, his face would have hit the floor! She ended her post with this hashtag, #RefsSuck.” You can check out her tweet here

I still can’t believe that CALL on @Money23Green! Trying to do the right thing! If that was blatant his face would have hit the floor! #REFSSUCK

Moreover, she also retweeted multiple posts that were critical of the officials. They also included one from sports reporter Grant Liffmann who also criticized the refs and referred to the fact that they unnecessarily call for fouls. Draymond’s mother did not end the matter there; she also took the issue with the Grizzlies. We are yet to see how the matter settles.

So as we conclude, we can say that Draymond Green is one of the most popular NBA players. However, presently he is in a sensitive position regarding the ejection. We hope that everything resolves soon.