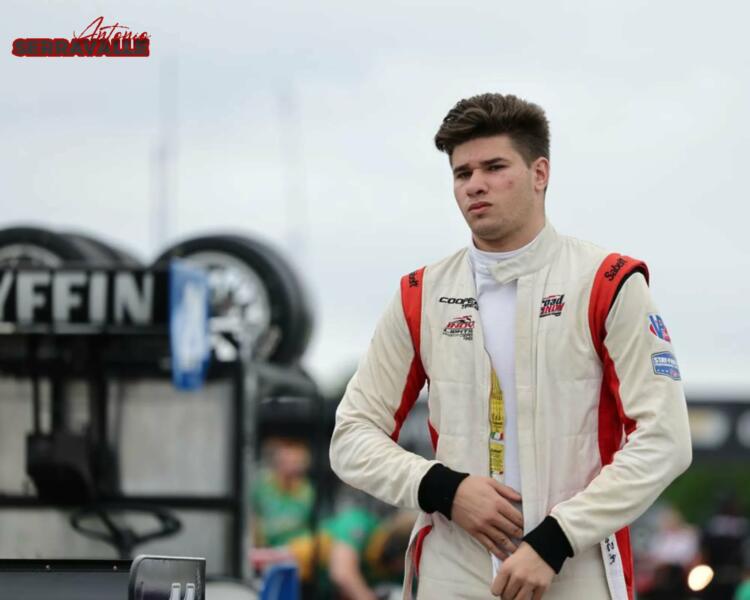 Dreaming with open eyes seems weird, but eyes without dreams have nothing to do with reality. The metaphor talks about Antonio Serravalle, who has always dreamed of winning whatever deserves to win. That might be doubtful for some ears to witness a rising racing star diving into the INDYCAR Series and FORMULA 1 Series.

However, this will happen soon with Antonio’s consistency towards the continued winnings, dedication and spirit.

As we talked about his recent winning, you would find so much content that is enough to praise his dedication in a row. 8 months ago, Canadian racing star Antonio proved that he has a spark to shun hurdles by going beyond as he showed his best racing career to Pserra Racing in INDY LIGHTS, proudly presented by Cooper Tires. The results shocked the world when Antonio finished the race in top sixth-place in July’s Saturday racing actions.

Later, on Sundays, he also made it to the top 10 and made the world believe in his racing skills and unbeatable speed of a flash. His shining thoughts might be surprised you as he said “

“It was a good day for us, and everyone in the team deserved a result like this for their hard work and effort. We are competing against some huge names and stiff competition so to keep improving and working our way forward helps us build momentum for the future.”

Pushing Himself Toward The Successful Journey Ahead

Well, nothing could stop Antonio from his eye-opening entry into INDY LIGHT racing and later Formula 1 to make things smooth for his racing career. He has been participating in a race to polish his racing skills. Under his great supervision, Antonio had a successful year (2021), where he amazed his fans by beating such famous names with his out-class racing skills.

Soon he became the hot favourite for channels, media and sponsors and left an inspirational note to all racers. All of Antonio’s efforts belong to INDYCAR and Formula One, For those who don’t know, Abel Motorsports allowed Antonio to drive it’s No. 11 car.

They just believed, and Antonio nailed it perfectly by finishing in the top 10 with a great start of the season by making his fans feel wow. After his racing charisma, HMD Motorsports signed him with Dale Coyne Racing. It was a team test at the Mid-Ohio Sports Car Course, where Antonio found four other HMD Motorsports entries and five additional Indy Lights drivers to compete with him.

The Storm has no Intention to Stop

Well, as a non-stop racecourse driver, Antonio aims to create history even in the Formula 1 and IndyCars after the successful journey of the INDY LIGHT Series. Being an intense racing and rising race driver, Antonio wants his fans to support him until he crosses the finish lines of INDYCAR and Formula 1.