Ariana Grande is Engaged to Dalton Gomez! Know More About Him 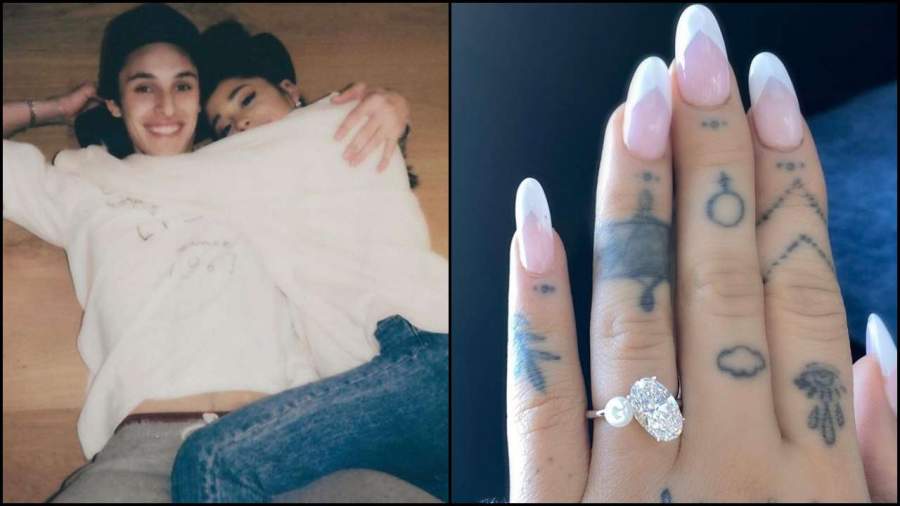 Ariana Grande is a popular singer and actress. She is 27 years-old now. The most trending news on the internet is Ariana Grande Engagement with her boyfriend Dalton Gomez. Many of her fans are happy on hearing the news from her. A source near to the couple stated that both of them are happy and their parents are happy too. The bride-to-be also showed off her new engagement ring to her fans on Instagram. Her manager Scooter Braun shared his happiness on hearing the news through the comments.

He said that Dalton is a lucky man and he is happy for Ari who is an amazing soul. Know all the information about this heart-warming news here and also about Ariana’s darling Dalton Gomez.

Know about her Boyfriend Dalton Gomez

Dalton Gomez is a real estate tycoon. He and Ariana kept their relationship private for many days but on “Stuck With U” music video their relationship got confirmed. They both also spent the quarantine together. Immediately after the news of dating became public Gomez made his Instagram account private. Here are some of the information we have gathered about the man who has captured Ariana’s heart.

– He is a real estate tycoon who works for Aaron Kirman

According to his bio on Instagram, he works for Aaron Kirman in southern California. He is part of the luxury real estate market for many years. We can assume that he has sold homes for A-list celebrities.

Dalton Gomez gave Ariana Grande new ring made with pearl and diamond. She shared in her Instagram post about her feelings during the occasion and that is “forever n then some”. Firstly, the couple spotted on February 2020 and after ten months they got engaged.

– They quarantined together and were in a secret relationship for months

Many celebrities want to keep their relationships secret for some time. They do not like the media to watch their every moment. So Ariana Grande and Dalton Gomez kept their dating life secret for some time. But he has appeared in the social media of Grande by sitting on her couch and petting her dog. She seemed very happy with him in the quarantine. Sources said that she is in a very good place.

As her relationships with Pete Davidson and Mac Miller became very public she preferred her relationship with Gomez to be private. They spend some quality time in Los Angeles.

Their relationship got confirmed through the music video “Stuck With U”. The couple’s appearance in the song was romantic.

We can see more photos of Gomez now on Grande’s Instagram. Ariana Grande is sharing series of images with boyfriend. She is cherishing all the moments she spends with him. We can expect her to reveal more details of their life now as their engagement has become public.

Ariana and Dalton are the favourite couple of the internet at the moment. They took time to know each other and have now taken the most important decision of their life.