Aries And Libra Compatibility in Relationship and Friendship 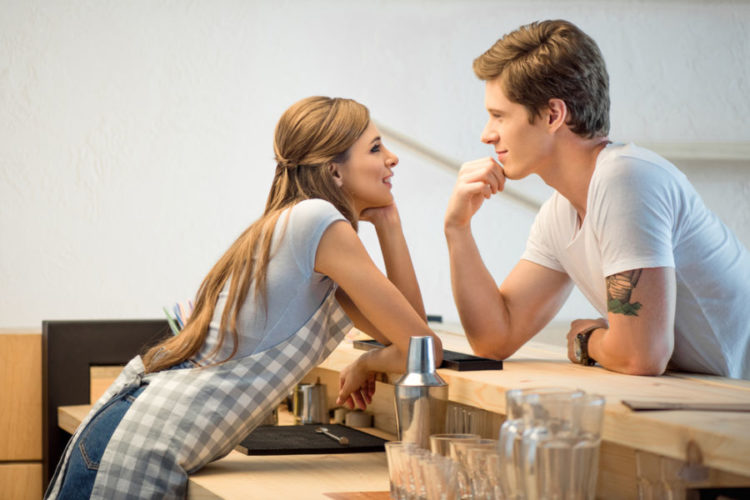 Even though we live amidst various scientific innovations, however, still many of us believe in the compatibility of Zodiac signs. So when Aries and Libra come together, the combination is indeed a fiery one. Yes, it is a classic case of opposites attracting each other. Often if we judge logically, we might think that our polar opposites are probably not the right choice for us. Initially, things might be pretty romantic, however, later on, we might get troubled by the differences.

Well, we cannot deny that Aries and Libra compatibility is not an easy one. However, it is not impossible either, as often astrologers say that the opposite sign couple makes some of the best matches. So let us now have a look at some of the interesting aspects of Aries and Libra.

Check out Some Exciting Aspects About Aries & Libra

Are you Aries and your partner a Libra? Well, then you might be worried about your compatibility to a certain extent. However, the fact that you are together, proves that opposites attract each other. According to Leslie Hale, “Opposing Sun signs are typically considered a natural match in astrology.”

Therefore, both Aries and Libra have the potential to be great together. This is because Venus rules Libra, the planet which is connected to sex, passions, and desires. So the two planets of love and affection are in constant play with each other.

You must already have an idea that air and fire signs work quite well together in bed because air fans fire’s flames. This is actually the case here. Therefore, they are attracted to each other quickly. For instance, Libra’s beauty, grace, and charm will be extremely attractive to Aries, and their strong presence, confidence on the other hand will capture Libra’s heart.

So we can say that both Aries and Libra’s relationship will indeed be a fiery one since they are cardinal signs. This means they are the initiators of the zodiac. Therefore, they will have no problems keeping things going smoothly between them.

Many of our readers would probably be eager to know about Aries and Libra’s compatibility with regard to physical intimacy. So are you wondering about the Aries and Libra love relationship? Needless to say, these two are highly compatible in bed. In fact, it is due to the influence of their ruling planets, Mars and Venus. So with Aries taking the lead, and Libra taking on more of the “feminine” energy, they can make it work.

Moreover, if Aries and Libra share a deeper emotional connection, they can indeed have a sexually satisfying relationship that lasts for a long-time.

How is Their Emotional Compatibility?

As we mentioned earlier, both Aries and Libra are opposites when it comes to emotions. In fact, Aries is more straightforward, aggressive, and brash in comparison to Libra who is more diplomatic, and open-minded. At times, Libra is also pretty indecisive. They can also become horrified or embarrassed at the bold comments of Aries.

Therefore, they can differ in various ways when they try to communicate with each other and express their feelings. However, if there is true love and if the partners put in a little effort, they can make things work.

What About Aries and Libra’s Friendship Compatibility?

So by now, you must have understood that both Aries and Libra are polar opposites. Therefore, their personalities are also very different. As per the astrologers, this can be wonderful at times but might be difficult to manage later on. Since friendship is all about developing a bond with like-minded people, it becomes hard to become friends who are strikingly different from you.

However, it is not that Aries and Libra can’t be friends. Aries is always very bold and brutally honest and doesn’t care much about what others say. On the other hand, Libra is sweet, charming and wants to get along with everyone around them. Often the outspoken and energetic Aries would insult the thoughtful and quiet Libra. At times, they might also drag Libra to adventures they have no interest in. It is because Libra values harmony and peace in relationships, they might accept Aries’ whims.

At times, Libra also takes a lot of time to make decisions. They mostly think through all the pros and cons before advancing further in a matter. It is what becomes irritating for Aries, as they are highly impulsive. They prefer to do things without much of a thought.

How is Aries & Libra’s Dating Compatibility?

Yes, they might have several differences among them, however, that does not mean that they cannot fall in love with each other. In fact, Aries and Libra’s compatibility can indeed be great. Even though they are the opposites sides of the zodiac wheel, however, these two signs make a perfect pair. Aries and Libra prove the saying, opposites attract each other.

Aries is in fact, always in front looking for new challenges, and Libra will always be right beside them, cheering for them. Needless to say, Libra will have a great time with the carefree Aries. At the same time, Aries will feel loved by the non-judgemental Libra. Moreover, both signs are independent and they enjoy doing their own thing from time to time. At the same time, they will give each other space so that the other can feel satisfied in a relationship.

At the same time, Aries loves to chase while Libra loves the chase. Moreover, the Venus-ruled Libra will enjoy doing everything to please their Aries partner. Aries loves to enjoy the attention they get from Libra.

Since Aries and Libra are opposite to each other, their communication differs. As per the astrologers, Libras try not to offend anyone. Since Libras are represented by scales, they value balance and harmony in their relationship. However, Aries is just the opposite.

In fact, during their argument, Aries would seem to have the upper hand over Libra. However, Libra will deliver that final line that will put everything to rest. At the same time, Libras value emotions on a deeper level than Aries. So to have healthy and peaceful communication, Aries and Libra might need to change their approach. This can indeed bring a change in their relation.

Are Aries & Libra A Good Match?

Aries and Libra have great growth potential. In fact, Libras can learn to be more open and direct with their feelings, while Aries should learn to look at things from others’ perspectives. This can help them make things work out.

Even though there are differences, they can find balance with each providing the other the things they are lacking. So if that happens they can be a match for a lifetime.

So as we conclude, we can say that irrespective of the zodiac signs, you can make things work if there is true love and effort. Therefore, even though there are several differences between Aries and Libra’s compatibility can be amazing. So you can have a look at the article to have an idea about these aspects.

Also read: The Most Compatible Zodiac Signs for Love and Marriage