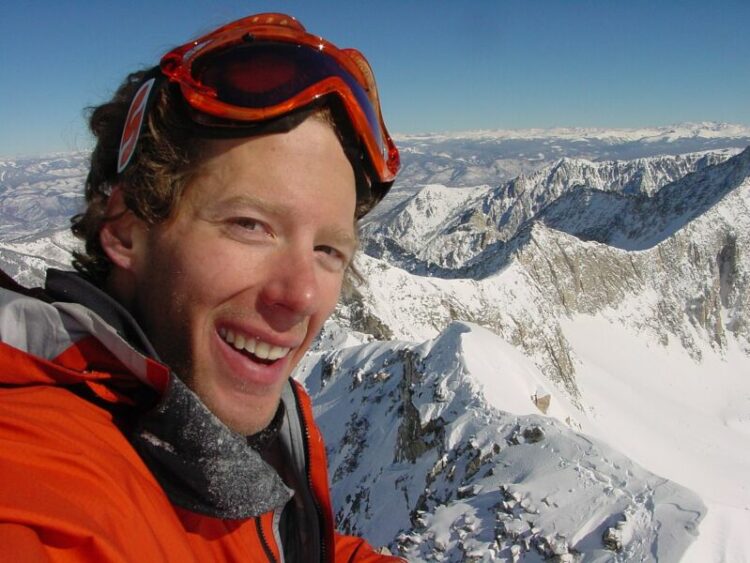 127 hours is a movie that offers a chilling experience. People thought it is just a movie until they knew about the real story of Aron Ralston. 127 hours look realistic as the real experience of Aron inspires it. He is the man who went hiking and was met with a terrible accident. Aron not only survived it, but his efforts in that situation were nerve-racking. This hiker had to drink his urine and amputate his arm to escape the death situation.

Aron Ralston loved hiking, and he explored canyons in Utah. It is the deadliest hiking experience in the world. Let us see more about the survivor Aron Ralston.

127 hours is a thrilling movie that keeps you on the edge of your seats. The plot is about a climber getting stuck in a canyon and who dismembers his arm to survive. The exceptional acting of actor James Franco adds more value to this plot. A real-life incident of Aron Ralston inspired the creators to make this documentary.

Watching James Franco acting as a survivor just melts the heart of viewers. After everyone knew that it is the real-life story of Aron Ralston many respected this movie even more. Aron, the true survivor, watched this film in theatres.

Aron Ralston spent five days stuck in the canyon and took a brave move to survive. No one would want to relive the tragedy in their life, but Aron did the same thing. He was fearless and did not hesitate to view his struggle taken as a movie. Let us see what struggles this true hero faces when surviving a deadly accident.

Background and passion for hiking

Born in 1975 Aron Ralston is from Ohio. He is an ordinary man with a great interest in rock climbing. After moving to Colorado, Aron did his mechanical engineering degree at Mellon University. Later, he gets a perfect engineering job at Southwest. The heart of Aron was always on mountain climbing, so he decided to pursue his passion. After five years of working, he drops the job to climb the highest peaks in the city.

His dream was to climb Denali in North America. In 2002 he did various mountain climbing sports in Aspen, Colorado. He went for all these hikes as training to climb his dream mountain Denali. To qualify to climb Denali, he had to climb over 59 mountains that were fourteen feet tall. As a fearless hiker, he wanted to climb all these mountains solo. For Aron, it was a great opportunity to climb mountains in winter and set a record. However, there are many dangers he faces during his hike.

In 2003 Aron and his friends decided to ski in a dangerous spot, the resolution peak. During this trip, Aron gets stuck in a deadly avalanche. The snow covers Aron to his neck. Two of his friends immediately act to get him out of the snow. Aron’s friends say it could have killed them when describing the incident.

During this avalanche, Aron and his friends miss the alarms for hikers. No one got hurt in this incident, but it was a lesson in Aron’s life. This incident was a lesson for Aron to take more precautions for future situations, but he did the opposite. Aron went on his own for many hikes without informing anyone about his trip. However, let us see Aron’s perilous mountain climbing experience in Utah.

The near-death climb at canyon land in Utah

After the dangerous avalanche incident, Aron moves ahead with his next hiking trip. In 2003 he traveled to Canyon Land in Utah. Utah is known for its terrifying terrains, but this did not stop Aron from pursuing his passion. In perfect weather, he travels on his bicycle and reaches the mountain climbing spot. When reached the national park in the morning, it was a smooth and sunny day.

Aron 27 years at that time, enters the canyon when a rock slips from above on his right arm. After trucking by this rock Aron was unconscious. When he gains consciousness, he sees an 800-pound boulder on his arm. He was struck in a painful situation and bleeding in the isolated canyon. There was no hope for anyone to find him as Aron did not inform anyone about his trip.

He was almost 20 miles from the desert surface and 100 feet below the road. From a human viewpoint, there was no way out of the excruciating situation. Even with a severed hand, Aron survives the situation with his smaller amount of provision.

When he was out of the water, he managed to drink his urine. Tormented, Aron did not have any hopes that he would survive the carved Rip on the nearest rock mentioning his name on it. Further, he records tapes to say goodbye to his friends. After struggling for hours, Aron tries to get some sleep.

The Unbelievable Rescue from the deadly situation

During his survival in Utah, Canyon Aron thought of many ways of rescuing himself. Earlier, he got a free knife with torchlight and thought of amputating his arm. However, the free knife was not sharp to cut through his bone. Aron, even with this throbbing pain, tries to break his arm. After recording goodbye tapes and painful sleep, Aron gets an idea to escape.

He uses the torque first to break Ulna. To his shock, it worked. He broke the bones not until it was time to cut the nerves. With the water bottle tubing, he cuts important nerves that stop circulation. Lastly, he uses the knife to cut through his skin. Aron was brave and smart even during grief as he cut his artist’s veins at last.

He knew blood loss would take away his life. Due to this, he pushed himself to reach explorers in Canyon. A family of hikers saw his dire condition and they immediately seek help. The rescue of Aron Ralston was indeed successful. He now lives healthily with a prosthetic arm. Also, he has a beautiful family, and Aron inspires everyone with his brave story.

Also read: Does Rock Climbing Build Muscle? Should You Climb to Get Muscled Up?