Aston Martin Says No To More SUVs, Lagonda ‘Further Down The Road’ 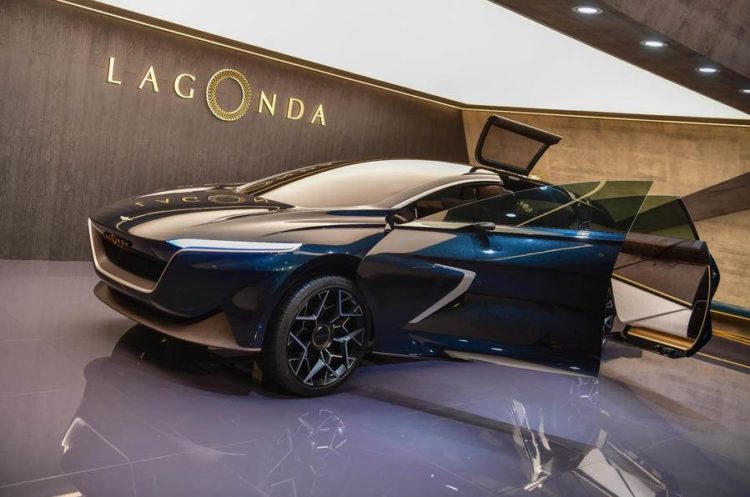 After several years of waiting, Aston Martin finally unveiled their first-ever SUV back in 2020. Dubbed the DBX, the new SUV retains the Aston Martin DNA, offering plenty of performance and surprisingly good dynamics for a mid-size SUV. The DBX is also the most practical Aston Martin around with a usable back seat and practical interiors. The company goes a step further with the latest DBX 707 model that bumps the output to 697 hp, making it one of the most powerful SUVs on the market.

The DBX also became the best-selling nameplate for the brand soon after its launch, and it is expected to sell even more with the new DBX 707. However, going along with its success, the company recently revealed that they are not working on any new SUVs in the near future. Aston Martin’s CEO, Tobias Moers also revealed that the company is not working on other utility models. So, don’t expect any smaller SUVs to compete with the likes of the Porsche Macan or larger, more capable models anytime soon.

The DBX sits neatly in the mid-size luxury SUV segment currently occupied by rivals like the Audi RS Q8 and Porsche Cayenne. With a large footprint, the DBX offers plenty of space for five passengers and shares most of the interiors with the rest of the lineup. A 10.2-inch infotainment system is included as standard along with several luxuries like customizable ambient lighting, three-zone automatic climate control, supportive seats with heating, and a lot more. Being an Aston Martin, there are plenty of options on offer including seat ventilation, a heated steering wheel, and upgraded cabin materials. The new DBX 707 model also gets updated exterior styling with a carbon spoiler and splitter, quad-exit exhaust, 22-inch alloy wheels, and an improved center console with a rotary gear selector.

However, the main focus of the DBX continues to be its performance. Like most modern Aston Martin offerings, the DBX gets a twin-turbocharged 4.0-liter V-8 engine from Mercedes-AMG. On the standard model, the engine produces 542 hp and 516 lb-ft of torque, propelling the DBX to 60 MPH in just 4.4 seconds. The new DBX 707 model ups the ante by bumping the figures up to 697 hp and 663 lb-ft of torque, cutting down the sprint to 60 MPH to just 3.1 seconds. The 9-speed automatic gearbox also received some tweaks to handle the extra performance, replacing the torque converter of the standard model with a wet-clutch pack. Even with all-wheel-drive as standard, the DBX sends most of its power to the rear for better balance and control.

To keep the DBX under control because of its tall stance, several technologies were added like the 48-volt electric active roll control system that keeps the DBX stable under hard cornering and can be set with five different modes. The active center transfer case also allows torque control between both axles along with an electronic limited-slip rear differential. Adaptive dampers and air springs are also included as standard.

Unlike some of its rivals, the DBX is based on a bespoke new platform with bonded aluminum panels, loosely based on the Aston Martin Vantage. There are around 96 hardpoints with the platform to improve rigidity.

Moving onto the DBX 707 model, in addition to the styling and design changes, it also boasts of improved dynamics with an upgraded air suspension system, a retuned power steering for better control, an upgraded limited-slip differential, and carbon-ceramic brake discs.

Future of the ‘Lagonda’ nameplate

Although the Lagonda brand predates Aston Martin itself by over a decade, the companies came together back in 1947 and have since launched a full-size luxury four-door saloon under the nameplate in 1974. Two models were launched over the years, each sporting different designs. However, after just 645 units were produced, the Lagonda was discontinued in 1990.

During its brief stint, the Lagonda was successful, employing a typical wedge-shaped design that was commonplace back in the 70s and 80s’. Like most Aston Martins, the Lagonda was also powered by a V-8 engine that gave it plenty of pep despite the luxury on offer.

With such a rich history, it seems only natural for Aston Martin to reboot the Lagonda nameplate for the 21st century. Despite a brief confirmation of the Lagonda nameplate back in 2014, Aston Martin’s former CEO, Andy Palmer revealed in February 2020 about an EV version of the Lagonda that is slated for launch after 2025. So far, the new CEO hasn’t revealed any other information yet other than the statement confirming the return of the Lagonda is “further down the road”. As more and more manufacturers move to the EV space like Porsche with the Taycan, the possibility of an all-electric Aston Martin Lagonda saloon is very interesting, to say the least, especially in 2025 when more manufacturers will have moved on to high-performance EVs.

The CEO also stated that Aston Martin as a brand will be redefined in the coming years and the ‘Lagonda’ nameplate will have a significant impact on the company in the future.

The future of Aston Martin

As of now, the company is not working on any new SUVs and is instead focusing on creating a new understanding of Aston Martin, incorporating the latest technologies for being more competitive.

Recently, the brand also announced the discontinuation of their V12 engines after Euro 7 emission norms come into effect in 2026, stating that they will focus on electrification for better performance. As of today, the upcoming V12 Vantage will be the last of the lineup to be offered with a V12 engine.

The Aston Martin Valhalla is also on the way later in 2024 with a mid-engine layout. Recent updates have also switched the smaller V6 engine of the Valhalla concept with a bigger flat-plane crank 4.0L V-8 for improved response. The end result is an engine that revs to 7,200 RPM.

Overall, the future is bright for Aston Martin, and the latest DBX SUV has certainly helped it regain its position as one of the best supercar manufacturers on the market.

How Do Chainless Electric Bikes Work? All You Should Know

Honda City Hatchback 2022: 10 Things You Should Know Before Buying

WapCar: A Best Place for Reviewing and Getting A Decent Used Car in 2022