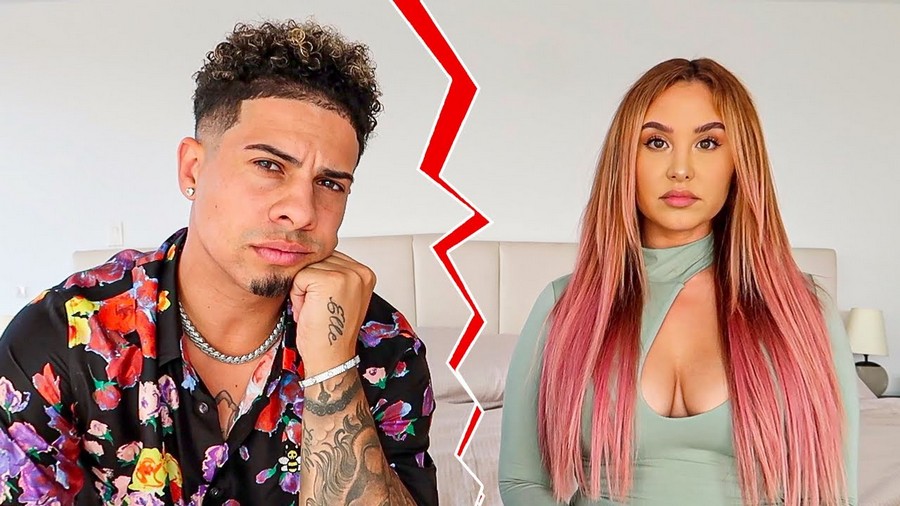 Do you know what piece of gossip everyone is talking about? It is none other than the matter of Austin McBroom cheating on his wife Catherine McBroom. Austin McBroom is a former NCAA Basketball player. Also, he is a Youtuber. He manages his own Youtube channel known as The ACE Family. Along with him his wife Catherine also appears in the channel. They married in 2017 and have three beautiful kids. So, they have many fans following. But recently Tana Mongeau and Monica Bush accused Austin of cheating on his wife.

Also, Trisha Paytas has claimed that Austin McBroom is having an open relationship in the marriage. This has led to a lot of confusion in social media. Here you can find out all the details of Austin McBroom and his wife.

Who is Austin McBroom?

Austin McBroom is a twenty-nine-year-old Youtube star. Also, he is a well-known basketball player. He manages a Youtube channel with his family which has over 18 million subscribers. He is from North Hollywood, California.

The name of his Youtube channel is The ACE Family. He shares half of the ownership of the channel with his wife Catherine McBroom. They share vlogs about their daily life on the channel.

The cheating allegation against the YouTuber

The first person to accuse Austin of cheating on his wife is a popular internet personality, Tana Mongeau. Also, Trisha Paytas called him out. Although McBroom denied the accusations of Mongeau, he is yet to answer the claims of Trisha Paytas.

it’s from austin (crying) and catherine, yelling “IS THIS TANA’S LIPSTICK AUSTIN SAYS IT IS”

Trisha is always known to be forthright in her opinions. But her very strong statement about Austin McBroom has caught the attention of many people. In one of the episodes of The ACE Family drama, Paytas revealed that Austin is cheating on his wife. She added “My thought is this, he’s clearly cheating. If fifteen stories are very similar that have some sort of receipts, chances are, you know, it walks like a duck, talks like a duck. It’s a duck.”

She believes that he and his wife may have an open relationship. Also, she thinks that the husband and wife are together to do a Youtube channel. In this way, they can earn money and raise their children.

Austin’s response to the accusations

Austin McBroom is not the man to stay quiet. He replied to Tana in a Tweet. He said that she is one of the biggest clout chasers. Then he said that it was the lipstick of Erika Costell and not of the girl he is having an affair with. Erika herself confirmed that it was true. She clarified that it was her lip liner. Also, she joked if she could have it back. After the backlash, she cleared herself in a TikTok video.

She said “No, I did not sleep with Austin McBroom. First of all, there were three of us in his Lambo. We were speeding, we got pulled over for it. There was a sudden stop and all my s**t flew out of my purse. Some of y’all talk too much. I’ve done a lot of cringy things in my life, mainly on the internet. But I don’t do them anymore, and I also don’t lie.”

After Tana Mongeau accused Austin McBroom of cheating, another person to join the list of accusing Austin of cheating on his wife is Monica Bush. She posted lots of videos on her TikTok account. She posted the first video with the caption ‘I am nervous to tell this story. Don’t come at me.

She said that Austin asked her if he could send her some clothes from his brand. She was excited about it and said yes. Then he asked her to come to LA so he will give her the package. So, Monica went to a hotel and waited for him. Austin picked her up and drove her to a house in Malibu. She thought that they were just going to talk about business. But then he switched on Netflix.

After that, she continued the story in another video. She said that Austin had a blanket around him and asked her to lay with him. Monica shared that she did not accept his invitation and wanted to keep everything related to business. Austin responded to her that it was business. At last, Monica claimed that Austin said that he and his wife are just staying together for publicity. She claimed that he revealed to her that he and his wife are not a real couple.

Austin McBroom’s wife Catherine McBroom did not stay silent after she heard the accusations against her husband. She posted a video and shared that she was off social media for a while because she was spending quality time with her family. Then she added that every time a big focus comes on her family because of a scandal it makes her stressed and causes anxiety. So, she switches off the phone and stays away from all the hate.

Then she talked about the YouTubers vs. TikTokers event and thanked the people who took part in it. She did not directly talk about the scandal which means that it was all just a rumor.

The accusation of Austin McBroom cheating on his wife seems to be just a rumor. The couple has not answered back any of the accusations that came after Tisha Paytas. It shows that they want to stay away from all the negativity and scandal.

You may also read: Who is Canelo Alvarez’s Wife Fernanda Gómez?