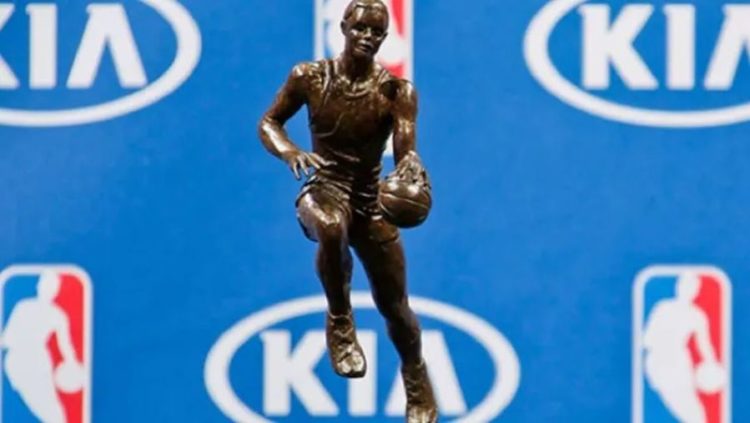 Basketball is one of the most popular modern-day sports. However, any discussion of basketball will remain incomplete without a mention of the NBA. In fact, NBA has been instrumental in popularising the sport. The league was started in New York City in 1946 as the Basketball Association of America, or BAA. Later in 1949, following its merger with the National Basketball League, it changed its name to the National Basketball Association, or, NBA. Since then, the NBA has assimilated a large fan base in America and abroad. One of the glorious sides of the NBA is the MVP award.

The NBA has awarded the Most Valuable Player Award, or, the MVP, annually to the best performing player of the season, since 1955. The winner receives the Maurice Podoloff trophy. The NBA authority named the trophy after Maurice Podoloff, the first president of the NBA, serving from 1946 to 1963.

Bob Pettit was the first man to receive the MVP award in the 1955-56 season. Since then 35 different players have won the prestigious award. Among these winners, 15 players have won the award multiple times. Most recently, Nikola Jokic of the Denver Nuggets became the 15th player to win the MVP numerous times. Here is a chronological list of the players, who have won back-to-back MVP awards.

The legendary Boston Celtics center and 11-time champion, Bill Russell, won his first MVP award for his stellar performance in 1957-58. He became the third player to win this award. However, for the next two seasons, Russell didn’t make it to the podium. Pettit and Wilt Chamberlain won the award in 1959 and 1960 respectively.

Wilt Chamberlain won his first MVP award in 1960, as a member of the Philadelphia Warriors. After that, he remained out of the podium for the next six years. But much in the fashion of Russell, Chamberlain took control of the trophy for three consecutive years – 1966,1967, and 1968. He was then playing for the Philadelphia 76ers and in 1967 he guided his team to the NBA title. You can easily view a highlight of Chamberlain’s skill by clicking on the link below :

Kareem Abdul-Jabbar holds the record for winning the most NBA MVP awards, with six trophies in his showcase. In fact, this prolific athlete was also the first NBA star to win two consecutive  MVP trophies on two separate occasions. In the 1970-71 season, when he won his first MVP, he was known as Lew Alcindor. However, in the next season, he won the MVP as Kareem.

In 1976, Abdul-Jabbar started the streak of MVP wins, as a member of the Los Angeles Lakers. This was his fourth MVP award. However, despite Kareem snatching the MVP award, the Lakers missed the playoffs with a losing record of 40-42. The next season Kareem led his team to the NBA title win with an NBA-best-record of 53-29.

He also won his fifth MVP trophy that year. In 1980, Kareem won his sixth and final MVP, setting a record that is yet to be touched. Watch a highlight of Kareem‘s stellar performances :

Moses Malone is the first and the only NBA star to win two MVP awards in consecutive years for different teams. He won his second MVP in 1982 as a part of the Houston Rockets. The next season he again won the award, but as a member of the Philadelphia 76ers.

Following Malone’s consecutive wins, Larry Bird won the MVP award consecutively for three years – 1984,1985,1986. He also led the Celtics to the finals on all three occasions, winning the title twice, in 1984 and 1986.

Magic Johnson broke Bird’s winning streak by winning his first MVP in 1987. Johnson, however, won the award for two connective years- 1989 and 1990.

Michael Jordan, along with Bill Russell, with five MVP wins, ranks second in the list of players with the most MVP awards. Following Magic’s back-to-back MVP wins, Jordan himself went on the streak, winning the award in 1991 and 1992. Finally, he won his fifth MVP in 1998.

LeBron James is the only player after Kareem, to win back-to-back MVP awards, twice. Much in the fashion of Kareem, James went on a streak for two different teams. He won his first two awards in 2009 and 2010 for the Cleveland Cavaliers. In 2012 and 2013 he won his third and fourth MVP trophies for the Miami Heats. Therefore, he has won four MVP awards in a period of five years.

Giannis Antetokounmpo, popularly called “The Greek Freak”, won the MVP trophy twice in 2019 and 2020 for the Milwaukee Bucks.

Nikola Jocic is the latest addition to the list of NBA stars to win back-to-back MVP awards. Thus, the Denver Nuggets star has now become the 13th player to win MVP back to back. He has won the award in 2021 and 2022.